Anthony Sannino’s in-depth winery tours are known to be among the best in the region. 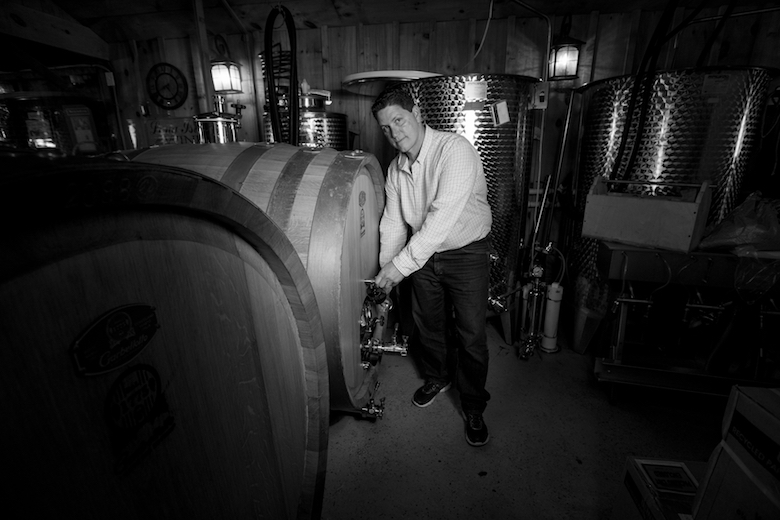 Petit verdot sounds like it should be a pretty wine, redolent of candied violets or other confections. But it’s not at all; in fact, it can rival the biggest reds. Dense, powerful, tannic, with an amazing dark purple color, it’s one of the “Big Five” red Bordeaux varietals and generally thought of as a blending wine, a country cousin to the more refined merlot and cabs. So it’s unusual to see it bottled in the leading role.

Anthony Sannino of Bella Vita Vineyard in Peconic is very into petit verdot. “It’s one of my favorite varietals,” he says. “I think it could be the next red to get serious attention on Long Island.” He and a few Long Island producers, like Jamesport Vineyards and Paumanok, took the plunge around 2010 with stand-alone petit verdot. With the great harvests of 2010 and 2012 well into drinkable territory, and the 2013s now available, it will be interesting to see how they fare next to merlot and cabernet franc, the region’s most successful reds.

We’re tasting Sannino’s wines on a sunny, late afternoon. The Sannino Bella Vita barn on Peconic Lane is down-to-earth, with rustic decor and wine-barrel seating. It’s clearly a working winery, and because it’s off the beaten path, it tends to attract customers actively seeking the region’s hidden gems. Still, Sannino says he feels somewhat overlooked, a little like petit verdot itself. But he’s too busy to want a stampede anyway; he makes all the wine and owns/manages three vineyards that yield his fruit. “I’m literally the guy that drives the tractor up and down the rows,” he says. 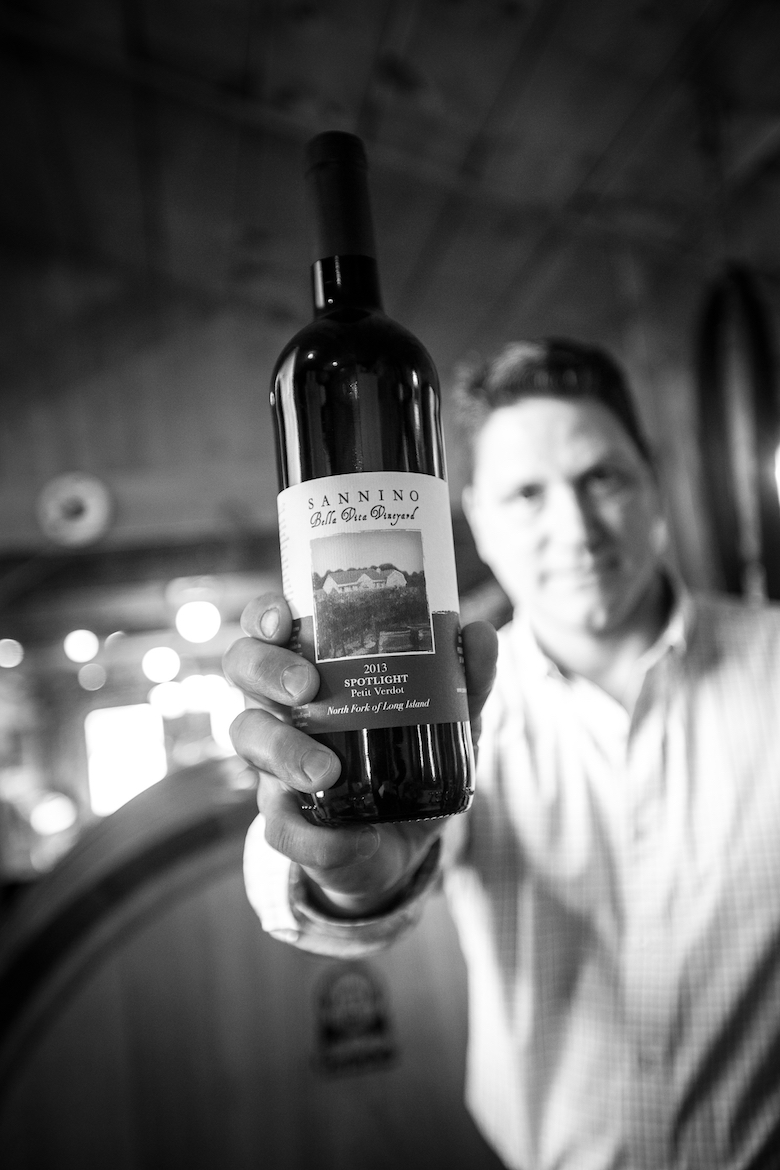 The 2013 Petit Verdot “Spotlight” is drinking young, but a taste clearly shows that Sannino has made a wine that demonstrates why this varietal deserves more attention. It has that something special, an exciting quality that makes you think, “Yes!” There’s a weight, a rich mouthfeel that, while still a bit disconnected from the firm tannins in the finish, speak of potential. It’s at a level that’s hard to achieve in a heavy red, in our sometimes difficult climate. “We had awesome fruit. When we crushed it, it was like black ink,” he says.

One hears about, but rarely experiences pencil shavings, that singular aroma of wood and graphite. It’s right up front, in a good way. There’s also stone, something a bit wild like brambles and blackberries. The acidity is well balanced and bright. Fifteen percent cabernet sauvignon adds further strength and depth. “This particular vintage I went heavier on the oak because I know it can handle it,” says Sannino. The wine aged for 22 months in a 50/50 blend of French and Hungarian oak, with about 40 percent new oak. People find Hungarian oak a little confusing, he adds, but one interesting visitor came specifically because of his own Hungarian heritage and left with a bunch of bottles. For early drinking, it’s best to open the bottle well in advance or decant. As it integrates over the next few years, this wine will almost certainly become quite spectacular: an opinion shared by top critics who have awarded it 89 and 90 points in major publications. The Spotlight was made in 2010, 2012 and 2013, excellent vintages that gave red grapes the ripening time they need. 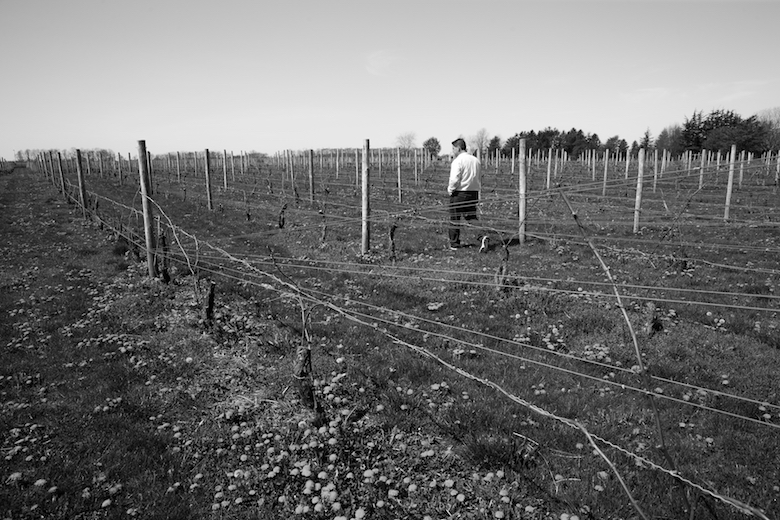 Sannino’s “real” job is in construction, which is handy for building, say, new wineries, and he’s helped friends in the biz on many a project. His grape growing and winemaking are self-taught, with certificates from the University of California, Davis, and the American Wine Society, and he’s the current vice-president of the Long Island Wine Council. The vineyards are managed sustainably, as done by members of Long Island Sustainable Wine Growers. It’s a family affair, too: Sannino’s wife, Lisa, is the force behind their wine country bed-and-breakfast, and their daughters, Marissa and Miranda, are studying hospitality and sommelierie at Johnson & Wales and viticulture at Cornell University, respectively. There are big plans in motion, and Sannino Bella Vita will likely soon be getting a lot more attention. The offspring will be here over the summer and Sannino says, “I fully expect them to take over.”

But as savvy businesswomen, the rest of the family is probably not going to let Sannino off the hook anytime soon. He’s a charming, friendly guy, comfortable talking to people, and at heart, he’s a teacher. His in-depth winery tours are known to be among the best in the region. Members of his vine-to-wine club create their own barrel of wine, from picking, testing and blending through to bottling. Right at the start, he makes everyone taste the fresh grape juice, and that continues as it turns into wine, until the inevitable, and very fun, new release party at the end. “I like to involve them in the whole process, and make them get their hands dirty,” he says. “People love being a part of it, and I love being able to share that with them. It’s really what we’re all about.”