A glass of rosé or the light fruitiness of an alcoholic sparkling water? Why not both? 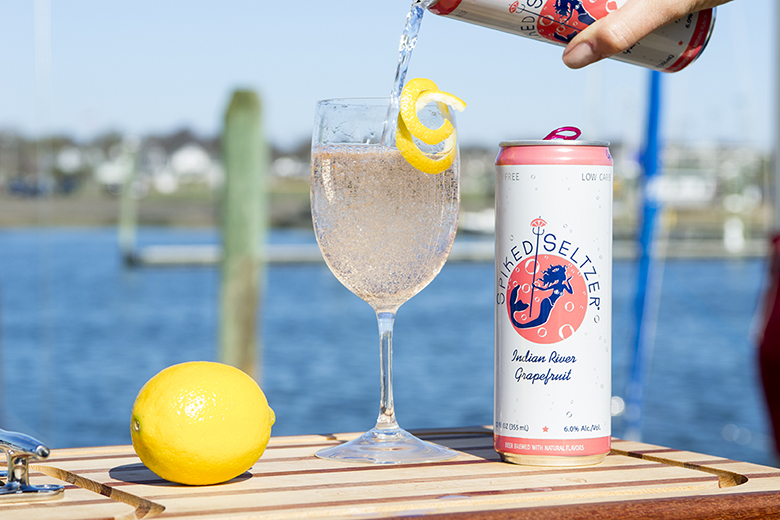 You’re packing a cooler for the beach or boat. What are you going to take? My family always drank Lipton iced tea in a can at the beach when I was little. I can still smell it with the salt spray, and I liked the “lemon flavor” with the not-too-much sugar and the questionable origin of the taste of the tea. And cans are the best, right? Lightweight, won’t break and endanger bare feet and chill quickly on ice.

Ah, a more innocent time. Now we pack the cooler with beer and bottles of rosé and are lucky enough to know the ingredients are on the up-and-up. But as the heat grows this summer, consider one more addition to that cooler, SpikedSeltzer, the first hard seltzer, which is now available in six packs of cans in a single flavor. Launched in 2013 and founded by Connecticut residents Nick Shields, who comes from a family of brewers, and Dave Holmes, his long time friend, SpikedSeltzer is fermented like beer; it’s is clear and bubbly with fruit flavors and weighs in at six percent alcohol. The bubbles are formed during fermentation and the flavors—Cape Cod Cranberry, Valencia Orange, West Indies Lime, and Indian River Grapefruit—come from distilled essences that are added before and after fermentation.

But first some background. Shields managed production for Nantucket Nectars before it was sold to Ocean Spray. He then decided to get a masters in food science from Cornell, but needed some experience while waiting for the semester to start. His professor suggested spending a harvest at Wölffer Estate Vineyard under the tutelage of Roman Roth. The year was 1999; Hurricane Floyd blew through, and Shields appreciated even more the flexibility of the beer business, where new products can be created week to week. A hurricane cannot wipe out a year of work.

Now, in its third year, the drink is being distributed up and down the East Coast. In 2014 Hamptons Aristocrat was featuring it in a cocktail for Edible. Now Shields is giving us a recipe that makes the best of both worlds: a mix of the gluten-free, low carb SpikedSeltzer and the East End’s own Wölffer Rosé.

Combine all ingredients in a shaker. Stir gently and then pour over ice in a Collins glass. Garnish with a lemon twist.