Elly Truesdell’s position is a dream job for anyone who’s food obsessed. 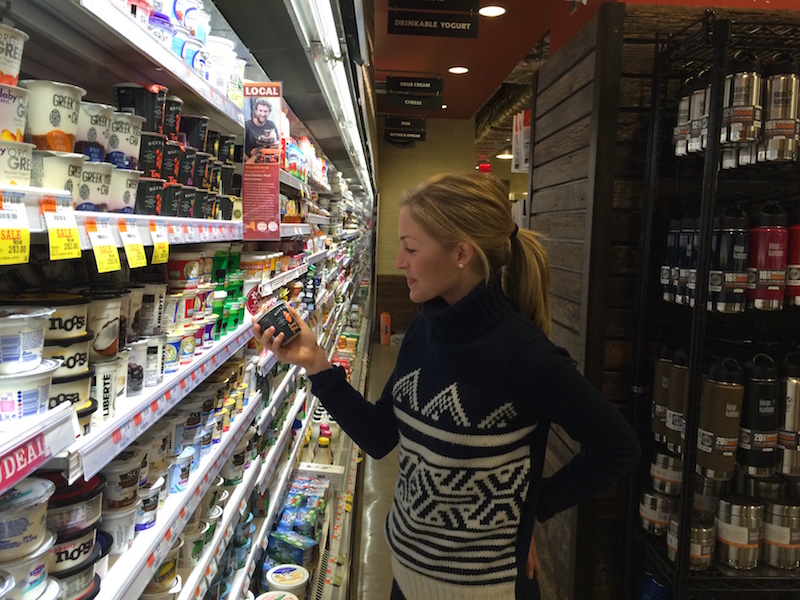 From coconut yogurt to alternative flours, when Truesdell likes something, it sells.

There is no typical day for Elly Truesdell. The Whole Foods Market forager is in charge of the local products on the shelves in 34 stores in the Tristate area—“and we’re constantly branding and growing new stores,” she says. Her position falls into the category of “dream job” for anyone who’s food-obsessed, but it’s not just that she tries tons of new products; Truesdell also gets to help small producers to scale and become ready for the major test that is selling at the country’s most famous natural grocery chain.

It’s not a gig she trained for—to do so would’ve been impossible. “I don’t think I set out for it just because it’s such a unique position,” she tells me. “I was lucky in terms of my timing and what I had done in my professional career.” In the past, she’s worked at an organic vegetable farm, and was a produce buyer for a couple of specialty grocers owned by a restaurant group in Boston where she also got to do events and marketing for their demonstration kitchen. “I got a lot of very mixed experience in a short amount of time,” she says, “where I was working with chefs and farmers and sommeliers, but also working on the marketing and admin side. Having so many mixed experiences solidified for me that I was really interested in where the product was coming from above all else. I was really fascinated by agriculture and the way food is grown, treated, and the way animals are raised before that products hits the shelf.” All of it led her to Whole Foods Market, where she started out in marketing.

At the store, she works in all sectors. “It’s really different from day to day,” she says. “I think sometimes it’s most helpful to think about it as how different days might be within a week.” Mondays are usually spent in the office on administrative tasks, a Tuesday could be spent tasting, and the rest of the week she might be on vendor visits or providing label feedback. “ I think what’s most interesting about the forager position is that I am technically a buyer, but I’m not at all looking at numbers nor do I have my head stuck in a spreadsheet very often,” she explains. 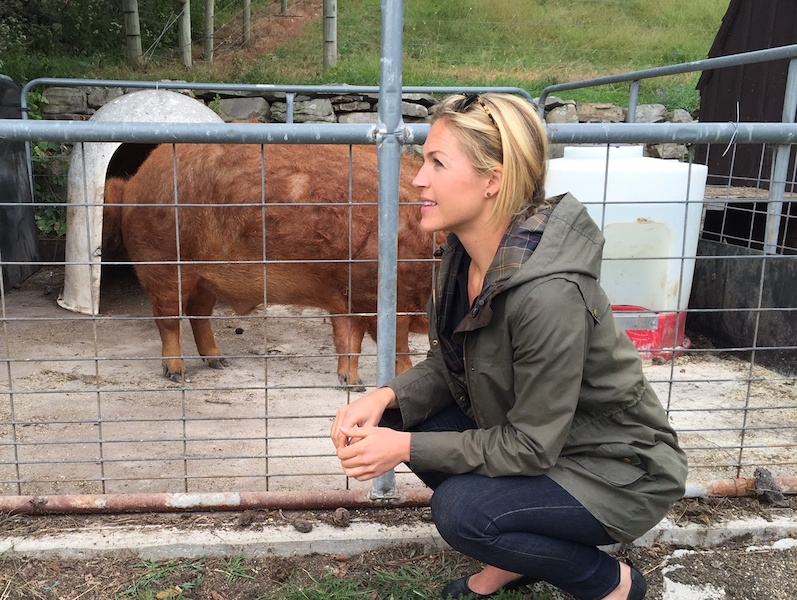 A fascination with the way food is grown and animals are treated led Truesdell to Whole Foods Market.

Right now, she’s especially excited by plant-based foods as well as the smart use of food waste. She calls out Anita’s Coconut Yogurt as an amazing product, and Sir Kensington’s new aquafaba-based vegan mayo, Fabanaise, that uses the chickpea-brine waste from Ithaca Hummus. She made the connection between the companies, and now that mayo is getting major coverage in the food media for its novel conceptualization.

She’s also hard at work on the new Williamsburg store, which will open up this summer—about two and a half years since the opening of the Gowanus Whole Foods Market, their first Brooklyn location. “There will a few brand-new select vendors in our Williamsburg store,” she says, “but in a lot of cases it will taking our existing suppliers and having them do something extra special for the new store.” Roberta’s will have a special pastry program, and it will have a pretty extensive flours and grain selection with freshly milled flours from Brooklyn Bread Lab. There will even be an artisanal waffle cone maker, and she’s working with OddFellows to launch their first retail pints.

As that location primes for its opening, Truesdell continues to seek out the best offerings in the natural foods world. So great is her influence that the New York Times recently trailed her at the Natural Products Expo West. From coconut yogurt to alternative flours, when she likes something, it sells.

Photos courtesy of Whole Food Market. This post was made possible by Whole Foods Market.