Samuel Filler, who is coming from a state government job, will take over January 1, 2017. 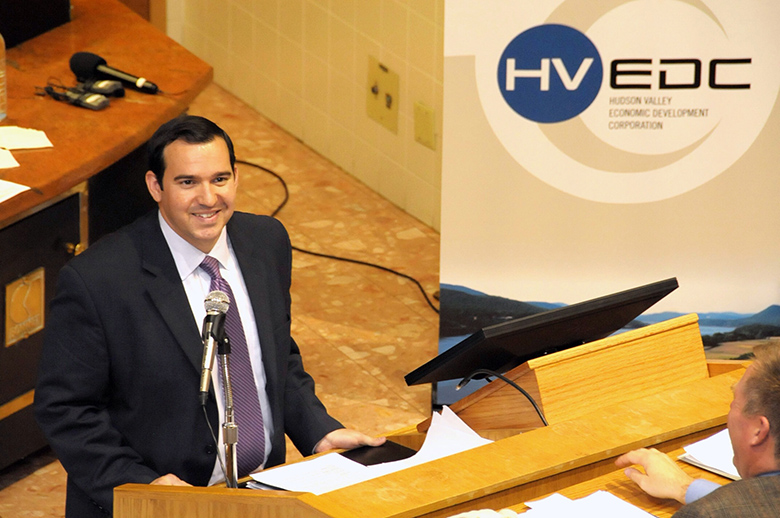 Trent Preszler, CEO of Bedell Cellars and chair of the board of the New York Wine and Grape Foundation, has announced the foundation’s new executive director, Samuel Fuller. He will succeed Jim Trezise, who has served in that position since the foundation was created 30 years ago.

Since 2012, Filler has served as director of industry development for Empire State Development Corporation, where he has directed the “One Stop Shop,” a new office that serves as a liaison between state government and New York’s wine, beer, spirits and cider industries. In that role, he administered $9 million for craft beverage advertising, marketing and tourism.

“Sam’s direct experience with our industry in the regulatory, financial, and promotional arenas make him the ideal choice …,” says Trezise.  “He is well known and highly respected throughout the industry.”

Prior to ESD, Filler held a number of positions in economic development and public service in New York City, Washington D.C. and California.  He completed leadership training at the Empire State Fellows Program, and is currently enrolled in Cornell University’s LEAD NY program for leaders in the food, agriculture and natural resources industries. He holds a BA from Vassar College and a master of urban planning from New York University.

Filler will live and work in New York City and plans to visit all the state’s wine regions starting in January. Trezise will stay on staff to work with him until March 31, 2017. According to Roman Roth, president of the Long Island Wine Council, this is great news. (Trezise always worked in Canandaigua in the Finger Lakes, which reinforced the belief, held by some in the Long Island wine industry, that the foundation’s focus was Finger Lakes wines.)

“Jim always did a great job, and we loved working with him,” says Roth. “Now we are excited to have new energy and a new focus to get our message out, which is that New York makes world-class wine. And New York City is where the market is for New York wine.”

Long Island wineries are represented by the Long Island Wine Council, which was founded in 1989. Today it has 48 members full members. Last year the council received $50,000 in funding from New York State.

The New York Wine & Grape Foundation was founded in 1985 “to centralize and coordinate programs of promotion and research in support of the New York grape, grape juice and wine industry; to provide marketing support of the products both within and beyond the state; and to foster cooperation and collaboration within the industry.” (Quote from a history of the foundation by Trezise; read the full document here.) Last year the foundation received $1 million in funding from the state government.

Filler grew up in Westchester and has visited Long Island Wine Country in the past. Once the job starts he will get to know the region better to learn what expectations wine and grape producers have for the foundation. “I will get direction and answers about what’s best from the producers,” he says. “The we can work on a plan and goals for the next three to five years.”

Which for Roth includes a “serious push” about wine quality and that New York is a wine destination. “What you ask for is what you get,” he adds.

It may not be in the cards soon, but Roth envisions that one day all New York State winemakers will march in the Macy’s Thanksgiving Day Parade holding purple balloons. “I’ve got a lot of ideas,” he says.

Edited to add: Two years ago, Carlo DeVito of Hudson-Chatham Winery had this to say about Filler. Hint: It’s complimentary.