Will move to Driver’s Seat spot at 62 Jobs Lane in Southampton Village. 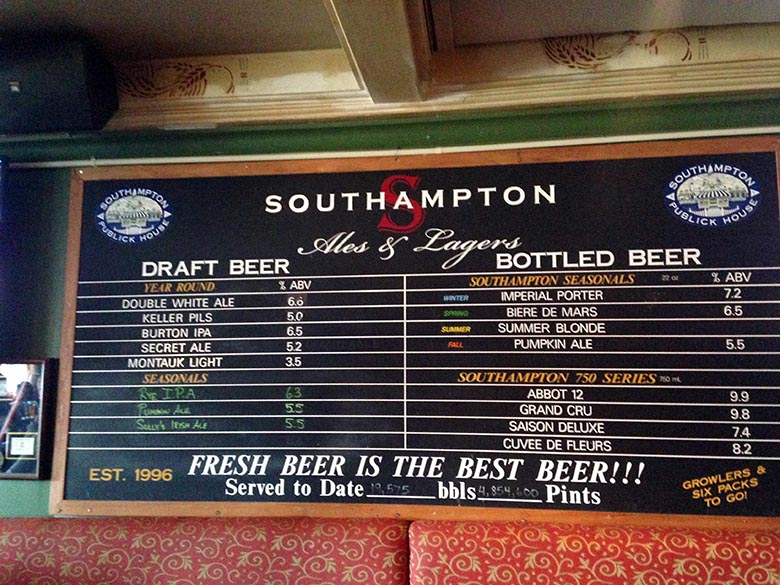 Southampton Publick House shuttered its doors at its original location last week to a fanfare of locals and regulars who came to commemorate the beloved brewery’s last day.

The bar and restaurant is re-opening at the former Driver’s Seat location on 62 Jobs Lane in Southampton Village. After 20 years of business at 40 Bowden Square, the brewery was forced to relocate because the site was sold in fall 2015.

Although Publick House’s last day was only announced a week prior, the bar was packed with young and old residents.

“I remember coming in, the first day a guy welcomed me and gave me a chair,” recalls Derek Crane, 70. Crane, who was there with his wife, is optimistic about the future of the brewery. “Many people have met here and got married.”

However, some customers worried about the size of the new location.

“How can they have DJs anymore or the big Halloween party or the fundraisers they have?” said Danielle Leef, 51. Leef moved back to Southampton the same month Publick House opened in 1996. Although she is happy the brewery is staying in the village, she believes there need to be more “local” restaurants in the village, since Barrister’s and Driver’s Seat have shuttered.

“None of us go to these other places, we all come here,” said Tim Garvin, 49. He believes that the new location will be a boon for the village but is concerned about who will take over Bowden Square. “I’m not going to buy a $40 plate of nachos.”

Jamie Friedman, 51, agreed with the sentiment, saying that Publick House’s menu and prices were “a dying breed.”

“We’ve all celebrated so many occasions here— birthdays, jobs,” said Katie Frankenbach, 24. “It’s the people you come here with, the memories you make.”

As the last vodka gummy bears — a Sunday tradition— were handed out, customers continued the festivities, hoping to ring in the new location soon.