She's here! Sharing wine-making stories from @bodegachacra while pouring Rosé from the Patagonian Winery. It's so good to have you back @julieb375, even if it's just for the weekend! ❤️ #NickandTonis #Mainque #BodegaChacra

The farm-to-table movement has inarguably influenced East End restaurants. Local farmers’ names appear next to ingredients on menus, and chefs are spotted at farmers markets, out in the field, and on the water, looking for inspiration and checking on the origins of future recipes. And though we have become more adept at thinking of where our food comes from (Portlandia chicken-ordering skit notwithstanding), we may not think as much of how wine gets from the field to our table. Julie Berger, general manager and sommelier at Nick & Toni’s in East Hampton, thinks about it constantly.

A certified sommelier by the Court of Master Sommeliers, Berger has spent more than a decade developing and refining her craft, in part by visiting and working the vineyards that produce the wine she serves. She recently returned from Argentina, where she spent several weeks at Bodega Chacra, a biodynamic winery in Mainqué, in the dry Río Negro Valley on the northern end of Patagonia. There, she worked as an intern for the 2016 harvest. The winery is small, biodynamic and produces pinot noir (as apposed to the more common Argentinian malbec). It has vineyards dating back to 1932. The majority of Berger’s work was in Bodega Chacra’s cellar, though she also was out in the field, dealing, she says, “with the daily practices that happen in a winery during harvest.”

For Berger, this hands-on work is an important part of being a sommelier, “to understand the process and start at the beginning.” To be able to go out into the vineyard and see the grapes, to observe the process of how the wine is made, and to then experience the finished wine, “brings if full circle,” she says. “It informs your taste. The vineyard’s location, the weather, the process—you are tasting all of this in the finished product.” 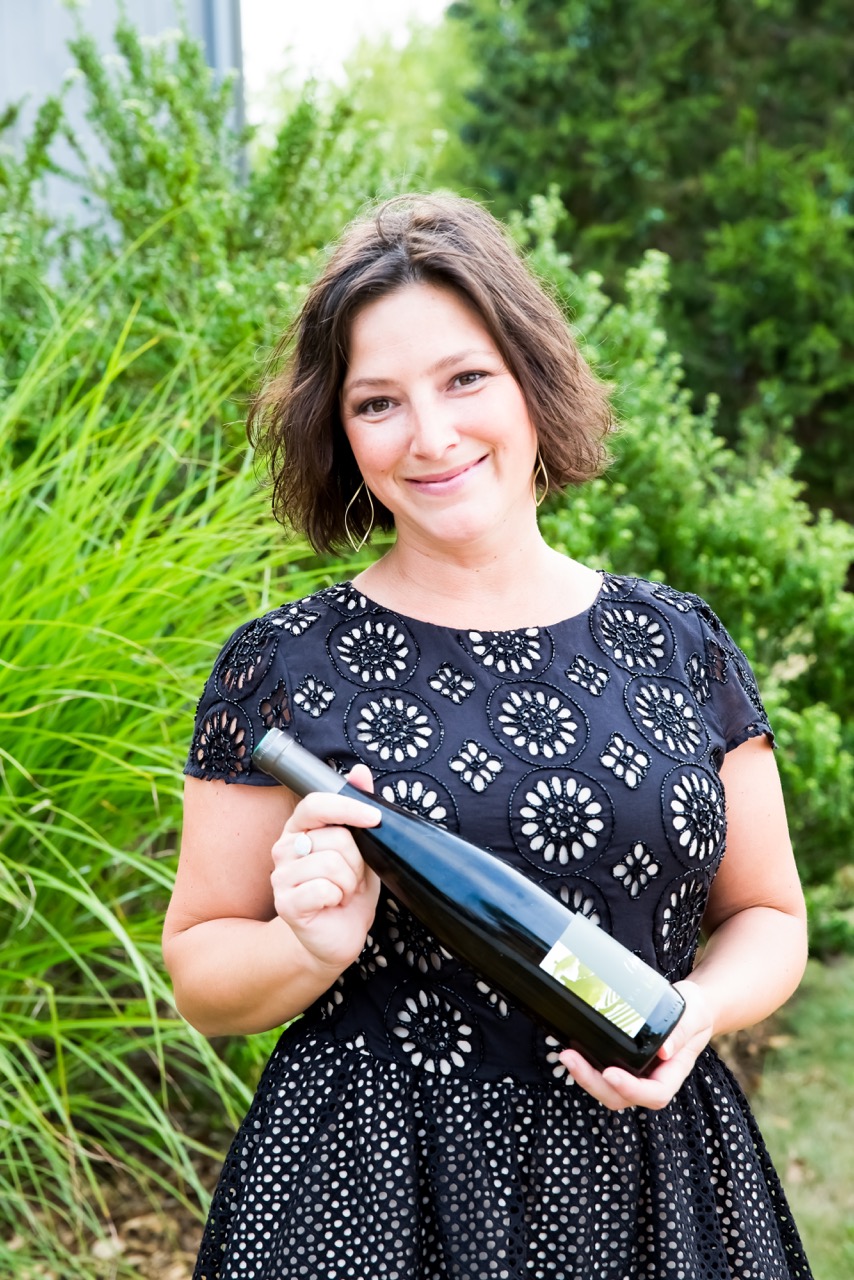 A biodynamic vineyard uses sustainable, small-farm, non-pesticide methods, and Botega Chacra is renowned for these practices as much as for the quality of their wine. In contrast, last year Berger traveled to New Zealand to a larger production vineyard. “It was interesting to see that,” she says. “But, ultimately, I lean towards a smaller-scale vineyard. The care, time, and labor that goes into the wine shows in the product—in the wine itself.”

The old argument that high-yield commercial vineyards are more successful no longer applies. It’s important to note, says Berger, that from a business standpoint, smaller biodynamic vineyards do well, in part because “there’s a great market for good quality wine now.” But there is another element of the biodynamic vineyard’s success. “Though small-scale farming uses a lot more physical labor,” she says, “larger farms tend to be short-sighted, using more chemicals for bigger crops but not encouraging core strength in the grape vines as when they are left to develop on their own.”

The cellar at Nick & Toni’s—down a narrow stairwell and through the delicious-smelling pastry kitchen—is a testament to Berger’s inquisitiveness and drive. She has developed  a complex wine list through observation and practice. From Botega Chacra’s 2015 Rosé and Chateau Canon’s 2010 Bordeaux, to locally produced vodka and gin, cellar shelves are stacked with new and vintage bottles. One gets the sense, as Berger walks the narrow aisles and reaches for one bottle here, touches another there, that this is a special place. A banquet, upstairs near the dining rooms, is lined with Berger’s favorite empties. “I just really loved these,” she says, straightening the bottles. The wine and liquor list at Nick & Toni’s is 14 pages long and spans the globe, and this little collection of some of her favorites illustrates the range of those choices.

Only just back from her journey to Argentina, Berger is not here for long, however. She will soon be leaving for France, to travel with three other sommeliers to nearly every wine region, including Burgundy and Champagne. She’ll be visiting wine producers, to observe their wineries and vineyards and, most importantly, to taste the fruits of their labor. “There’s nothing more exciting than coming back and getting that next shipment in,” she says. When asked if that means waiting a year or more after one of her visits to a far-flung winery, she smiles. “Yes. But it’s worth it.”