Booze, Dancers and Hidden Liquor in the Hamptons? 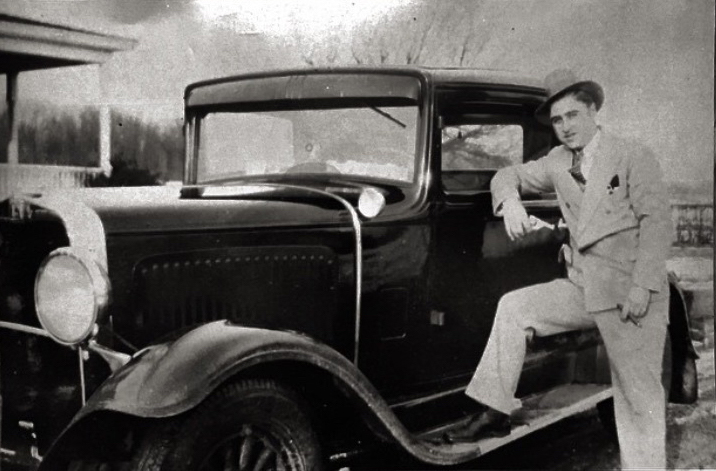 Twisted vines hail the spring breeze as I pass meadows and wineries on my way to meet farmer Anthony (Tony) Babinski, 81, in Watermill. Perhaps as we gear up for another summer season, he can serve some perspective on a long-gone era, when our beaches hid more than bonfires and family picnics.

“The boats would come at night,” says Babinski, tipping his Stetson the color of hay, a nice sunny contrast to his turquoise shirt one recent Sunday, the only day he will pause to chat, all the while longingly keeping an eye on his nearby tractor.

“They’d come as close to the beach as possible, so my grandfather, Viktor Babinski and his pals would make a human line, the tallest one standing closest to the boat,” he said. “Grandpa had agreed to haul the bottles and bring them to the barn.”

But it didn’t stop there.

“Then a big truck from Brooklyn would show up. They would hide the whisky inside and pour potatoes over the bottles.”

There were rumors of Polish dancers and booze being served in the woods. “It was a crazy time,” he says. “Cops, politicians and judges, they were all drunk!”

He clenches his fists, the same cragged ones that still toil what remains of the 480 acres of potato land that made up the Babinski farm.

“If you wanted liquor, you would ask for it and they’d be happy to give it to you,” he pauses. “But if you stole it, they’d kill you!”

He tells of the day someone hid in the garage, “You can still see the bullet holes in there. And the guys they didn’t kill, they branded.”

But Viktor Babinski, who was born in Poland and made it to Ellis Island—“no one knows exactly when”—wasn’t scared. As a boy, he had been drafted into the Russian army and told his grandson how he was picked to escort six prisoners to Siberia, by foot. “The only problem, he said, was that he only had five bullets.”

“It was so cold there, that if you didn’t gulp down the soup as soon as it was cooked, it would ice up.”

It’s not entirely clear how, from Ellis Island, Babinski senior wound up as a caretaker for the estate of Judge Murphy in East Quogue before moving to Watermill, but the judge would later help him buy the land he coveted.

“Most farmers were making beer during the Prohibition,” says Babinski. “That’s how they kept going.”

Today, this part of the Babinski family keeps going thanks to the farm stand, but a few years ago, when the town of Southampton tried to regulate what the farmers could sell, Viktor’s feisty blood definitely boiled up in Tony’s veins.

“We had all kinds of celebrities stopping by for my wife Theresa’s potato salad, for our pies and coffee.” Then one day, an inspector came down the lane.

Babinski threw his arms in the air, “I was arrested for bootlegging ice cream!”