Reds from Long Island’s Best Vintage Are on the Market 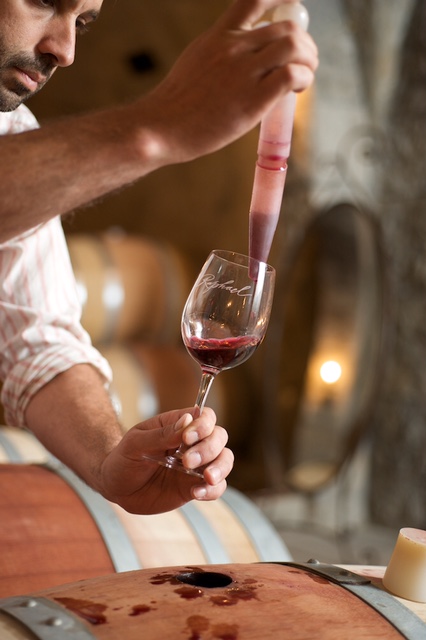 If a wine drinker had a dram for every time she heard voices from a wine region say they just bottled the fruits of the “Vintage of the Century,” she’d have no reason to buy any more wine. However, let me tell you about 2013 in Long Island Wine Country.

There was barely any rain, less than two inches in September and October combined. This is great for ripening grapes; a dry harvest is the best harvest. Even though August was hot, it was still cool at night. Cool nights are best for ripening grapes, because it goes slowly, no sudden burst of sugar production to overwhelm the acidity necessary for balance.

This is what happened in 2013, the best vintage John Leo, winemaker at Clovis Point, says he has seen in his 23 years working in the region. He adds, “The combination of an excellent weather pattern, mature grape vines and the growing experience of our grape growers and winemakers made for a harvest that has reached a new level of quality.”

Lucky for consumers, the 2013 reds have started hitting the market. Some producers have already sold out—Bedell’s malbec, First Crush Red and cab franc, wines made to be drunk younger—but many are still holding on to higher-end bottles because finer vintages can be made into wines that really last.

“Given these gifts from Mother Nature,” says Anthony Sannino, who owns Sannino Bella Vita with his wife, Lisa, “and sound winemaking practices, one could only imagine the 2013 red wines should age a minimum of 25 years.” Roman Roth of Wölffer Estate Vineyard is willing to go on the record that his wines will last 30. (Bedell’s winemaker, Richard Olsen-Harbich, reminds us that proper storage is necessary for this type of aging.)

A stellar vintage also allows winemakers to experiment. Anthony Nappa of Anthony Nappa Wines says he made a number of one-off reserve reds that “we have not made before as a single bottling and may not make again any time soon.” He also produced a unique late harvest sémillon, called Giallo, due to the long warm fall.

At Macari, winemaker Kelly Urbanik Koch says 2013 was the first year for the “Lifeforce” bottling: wines made in their concrete egg fermenter. “This was very exciting for us as we saw a new expression of the terroir of the Macari Vineyard,” she says. “This vineyard is a very special place and we feel that the concrete allows us to showcase the purity of the fruit grown here.” The will also make Bergen Road with 2013 fruit; it’s their top of the line red and is only made in exceptional years. Same with the Musée at Bedell and the Grand Vintage series at Paumanok.

At Martha Clara Vineyards general manager and winemaker Juan Micielli-Martinez says they have recristened their top blend, which was once called 6025, as Chateau Northville. “The [owners of the vineyards] the Entenmanns,” says Micielli-Martinez, “are Long Island royalty, and their residence is worthy of Chateau status because of its size and grandeur.”

At Bella Vita, Sannino is still sitting on a barrel of syrah in neutral oak “that will continue to intensify for at least 20 more months.” Wölffer produced 100 cases extra of their flagship red, Christian’s Cuvée, to hold for a long time before release. Brewster McCall of McCall Wines says they will release their 2013 Pinot Noir this spring but will be holding on to the merlots and blends, “They will need to evolve a bit.”

In one of the many surprises of the vintage, McCall’s old cabernet sauvignon vines produced like champs in 2013. “We were surprised at the quantity and quality,” says McCall. “The grape needs a longer drier summer to really fully ripen, which is the problem with cabernet in our region; those vintages are rare, so we have a windfall on our hands.”

This is great for Long Island. The 2013s have already caught the attention of influential wine magazines and says Micielli-Martinez, “We are fortunate because we have 2014 and 2015 right behind the 2013s,” which we both good vintages.

It also says something about the region’s overall maturity. It takes awhile to discover which grapes grow best in any region. And once you figure that out, it takes even more time to figure out the best way to produce them: No one’s making oaky California-style chardonnay out here any more. They’re making Long Island–style chardonnay.

“I think the 2013 vintage is a testament to how much the region has evolved in the past 40 years in terms of winemaking, technique and appreciation of place,” says Ali Tuthill, marketing director of the Long Island Wine Council. “It is one thing to have ideal weather conditions for ripening, it is another to have the level of talent we have now on Long Island to be able to maximize the potential of a vintage.”