Trend Alert: Bees Are the New Chickens: Here’s How

Beekeeping classes are buzzing on the East End. 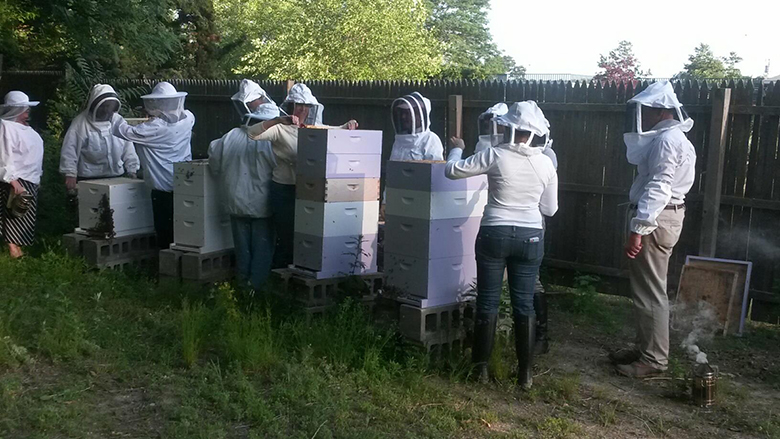 “I’d say bees are the new chickens. They have become a trendy item to have,” says master beekeeper and owner of Mattituck’s Promised Land Apiaries, Chris Kelly, who recently taught an Introduction to Beekeeping class at the Talmage Farm Agway in Riverhead.

“The East End as a whole is incredibly engaged in food and environmental issues,” he adds. “As a result, many people I come in contact with, want to know how to make a difference.”

Starting up a hive will run you about $600 dollars and if you’re looking for a return on your dollar, don’t count on it. “The management of bees today is both much more intensive and costly from years ago,” says Kelly. “That said, the joy of giving away that pure liquid gold to your friends is priceless.”

Kelly, a beekeeper for 46 years, is still learning. “One of the joys of keeping bees is they bring you to a new awareness of your surroundings and by extension you come away richer for the experience.”

Beekeeping is only important if you eat food, or know anyone who does.

“Beekeeping is only important if you eat food, or know anyone who does,” says Deb Klughers, of Bonac Bees, who organized a Beginning Beekeeping and Equipment Building class, with “Long Island’s first” master beekeeper Peter Bizzoso, owner of Manorville’s South Paws Farm, at the Springs Presbyterian Church in East Hampton last February.

“I think there may be more new hobbyist beekeepers, which is a very good thing, but statistics show a decline in the overall number of colonies,” she says.

According to Klughers, who is working toward a master beekeeper certificate, there were six million hives in America in 1947, compared to 2.5 million in 2015.

Honeybee colonies are threatened by overdevelopment, pesticides, GMOs and parasites such as the varroa mite, which spread the deformed wing virus among other pathogens that can kill a hive.

“Honeybee colonies have been dying at an average rate of about 30 percent per year, causing economic loss to the beekeeper as well as a shortage of colonies for commercial pollination,” says Klughers. “We could see food shortages as well as an increase in the cost of food. It could be a disaster.”

“In my opinion the loss of solid forage areas is the driver stressor to the bees,” says Kelly. “If we are not starving them from over development we are leaving them with a lesser quality food source. Poor diet equals stress on hives.” 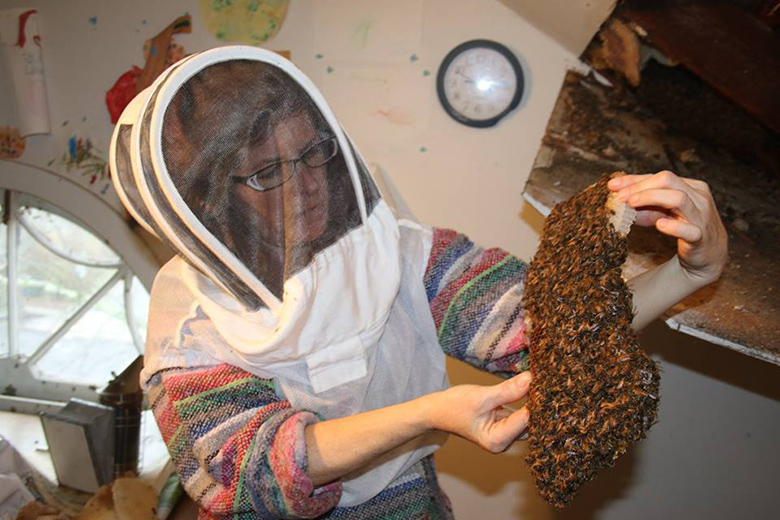 “Humans are the biggest threat to bees,” says Klughers, who suggests going to a few beginning classes, because each teacher will offer new and different information. “Beekeeping is trendy, I think, but it is also a costly hobby that you really need to learn about before you give it a go.”

Honeybees are considered “gentle,” yet they are wild animals and cannot be tamed or domesticated. Beekeepers “manage” bees, but in the end, bees do what they want.

“And then there is that stinging thing they do,” Klughers says. “So you must be aware of their behaviors to avoid stressing them out and getting stung.”

While bee venom therapy is trendy too, and may even be a gift to some patients, it kills the bee.

In addition to classes, read books such as the Hive and the Honeybee, join the Long Island Beekeepers Club and volunteer in the field by helping someone else with their bees.

“Learn by doing,” Klughers says. “You can see if you really want to be the person in charge of 60,000 beautiful little honeybees.”

She recommends starting with two hives, so you can compare them. “Having two hives is better, because they can help each other with certain management techniques.”

For more about beekeeping, read the stories from our beekeeper columnist, Laure Klahre.

Klughers is placing colonies at the East Hampton Historical Farm Museum and will offer educational events there this summer. “It will be a very exciting ‘intro’ for people who have never been up close and personal with honeybees,” she says.

Kelly offers a six-month course for beginners starting the first Wednesday in May at Mattituck Library and monthly bee classes starting in April at Talmage Farm Agway, “designed for people who have hives already and need to get better at addressing and identifying what is happening in their hives.”

Kelly and Klughers are quick to point out, beekeeping is both a science and an art.

“I tell my students to embrace the journey of discovery as they start into the wonderful world of beekeeping,” said Kelly.

If you want to make a difference but don’t want to wear the beekeeping suit, check out Long Island Native Plant Initiative. Black cherry, purple lovegrass, blue verbena, false indigo, hairy bush clover, milkweeds and prickly pear are a few native plants that will attract a variety of pollinators.