The Beginning of Deer Season

A local hunter fills his freezer with a year’s worth of food. 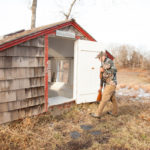 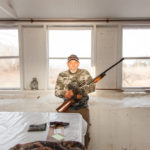 In the hunting lodge where hunters wait patiently for deer to pass through. 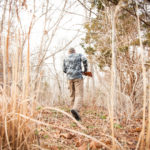 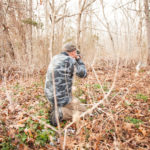 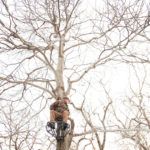 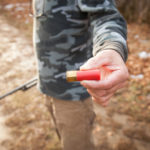 A single shot brings the deer down. 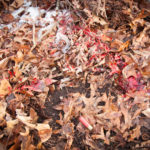 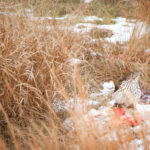 Last day of the deer hunting season with Chris Gauger. 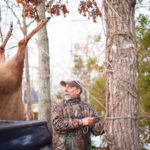 The deer is hung in the driveway in the cold overnight.

Being a food writer isn’t all organic rainbow sprinkles on gluten-, sugar- and dairy-free cupcakes. It got real last week when I watched a deer go down during the last week of hunting season in Springs.

After spraying on Super Charged Scent Killer, Chris Gauger, who grew up in Sag Harbor, takes his favorite Ithaca featherweight to his own private Idaho, where about 70 white-tail deer roam.

“I grew up hunting and fishing and living off the land,” says Gauger. “I still do.”

Gauger has two tree stands in the area that hold seats 12 feet off the ground. “Most guys do 18 to 20 feet but you gotta be crazy,” he says. 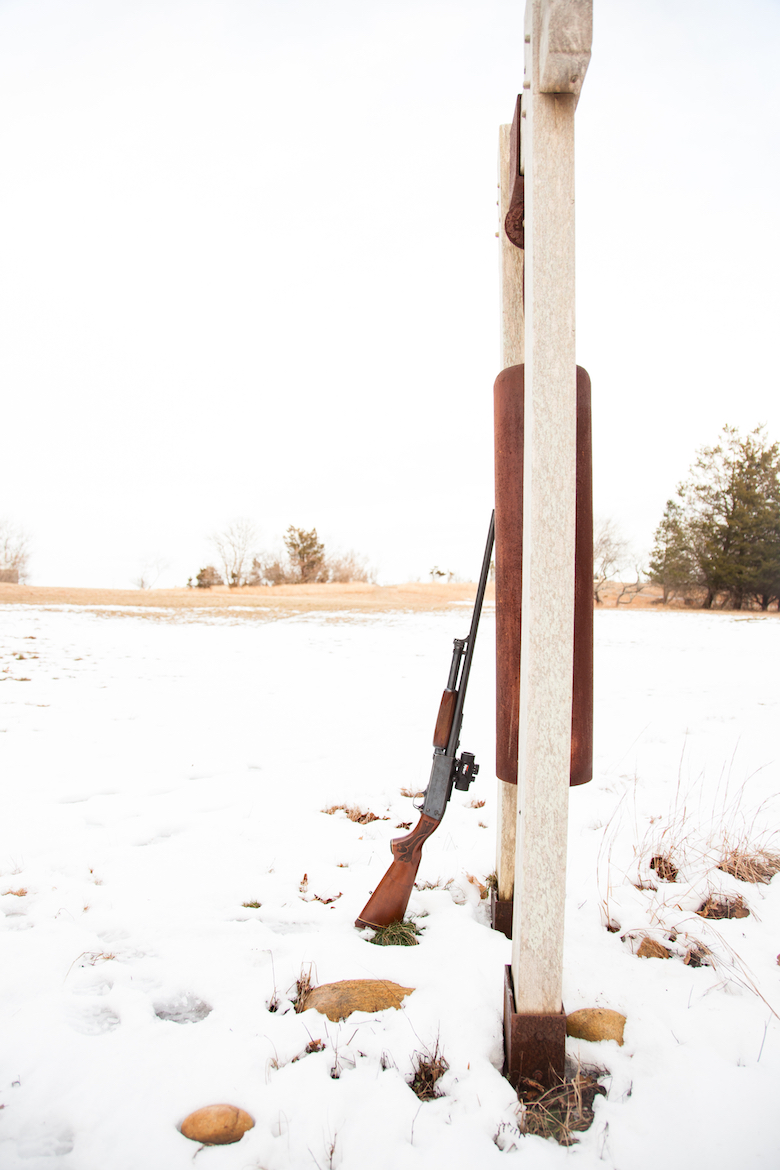 Even before he reaches a tree stand, a small herd gallops through the woods and Gauger takes a shot, hitting a young buck. “That’s it. Done,” he says. Well maybe for Gauger and the deer, but as a non-hunter I’m still reeling from the scene days later.

I have to agree. If you’re going to eat it, you might as well know how it got to your plate. Blood and guts are involved, as is the inevitable suffering on the animal’s part, but Gauger is a good shot and a responsible hunter who aims to put the animal down as painlessly as possible, through the heart and lung—called the “boiler room.” Still, it’s never a pretty sight.

He treks through the woods and guts the deer on the spot. Using a small knife, he works his way up to the rib cage where he cuts his own finger. “It’s hard when the knife is so small,” he says. The guts come out in one piece and remain in place for wildlife such as crows, raccoons, foxes and the occasional Cooper’s hawk to eat. He washes his hands with snow.

Just be sure to cut the fat off. Deer fat is the worst taste in your mouth.

The 140-pound deer is as big as Gauger, but he lugs it through the woods—staining leaves red in his path—and hoists the carcass onto the flatbed of his Tundra. Then he takes a puff of his asthma inhaler.

Once home, he punctures holes in the hind legs and hoists the deer upside down using a simple winch system between two trees in his driveway. “As long as it stays 45 degrees or below, the longer you leave it the better, kinda like dry-aged beef,” he says. “I’ll butcher it on Saturday, my day off.” But the weather wasn’t cooperating and the deer came down before it got too warm. 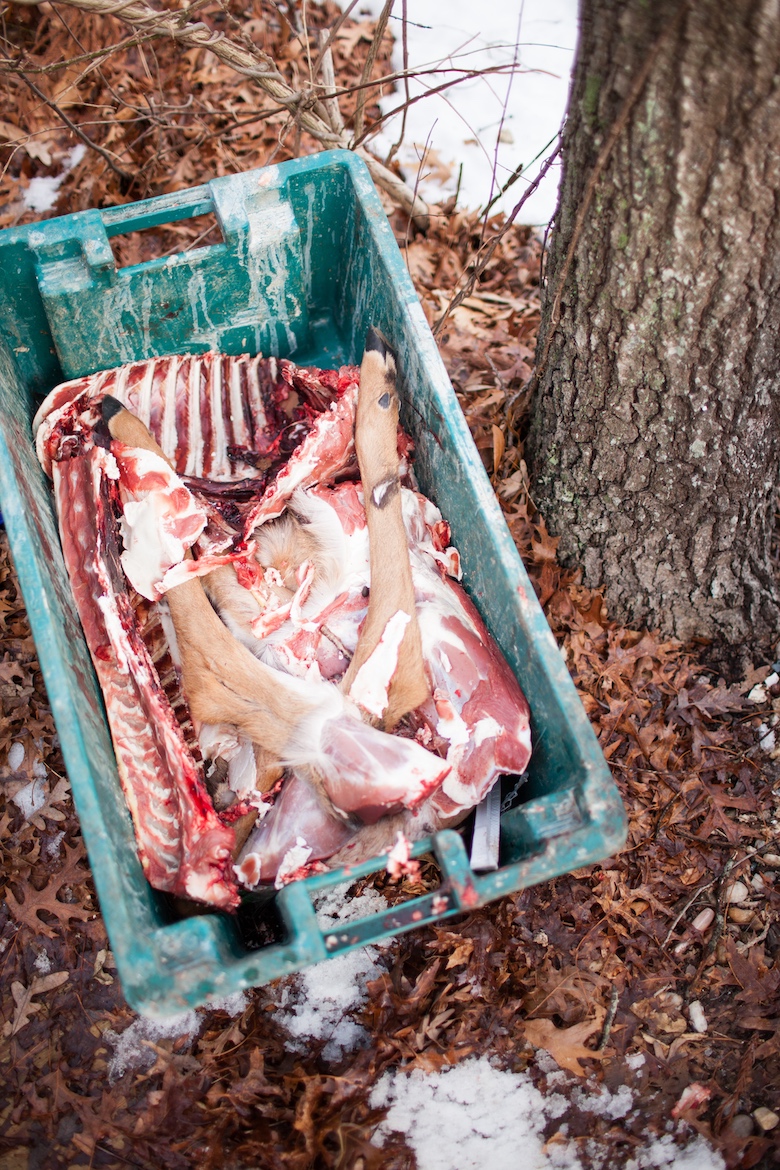 Last day of the deer hunting season with Chris Gauger.

In his basement, two freezers full of venison will feed him and his family the entire year. “Steaks, roasts, chopped meat, breakfast sausage, corned venison, jerky, pretty much anything you can do.” He adds, “If I take it out of the freezer a year later, it still looks like the day I got it.”

He prefers to eat venison rare unless it’s slow cooked for stew, but the simplest way is to throw it on the grill. “Everything’s better on the barbecue,” he says. “Just be sure to cut the fat off. Deer fat is the worst taste in your mouth.”