Outside of the three oyster hatcheries on Long Island, one aims really high. 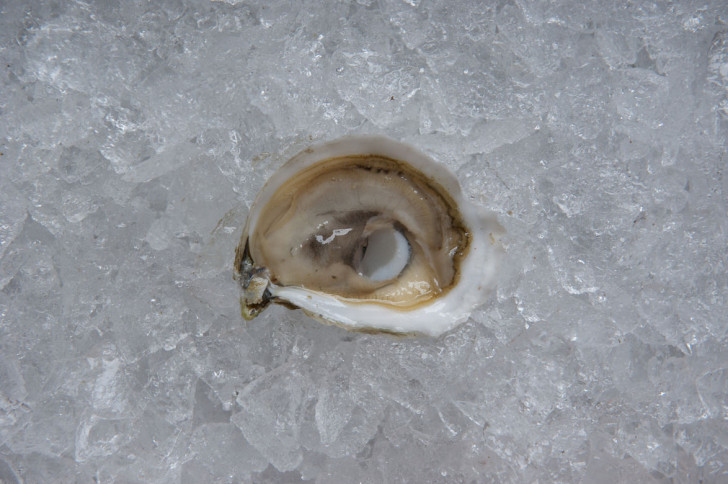 In the late spring, all oyster farmers cozy up to their local hatcheries, because they provide the life-giving oyster seed for our business,. Some of us can be outright shameless as we jostle for the first release of seed, which always seems to outperform the others. In the Peconic Bay we are fortunate to have several hatcheries: Karen Rivara at Aeros in Southold, Steve Malinowski at Fishers Island Oysters, and a newcomer, Great Atlantic, that recently privatized the Islip Town hatchery.

However, in New York City, Steve Malinowski’s son Pete aspires to a hefty billion oysters. Like the bond traders who dot downtown like barnacles, Pete has learned the New York maxim that size is king. Huge is the New York mantra. Not content to grow out oysters for market like he did since childhood with his parents on Fishers Island, Pete dreams of barrier reefs of oysters to wall the city from the next Sandy-like event. His billionoysterproject.org is supported by finance firms, teaching organizations and ecology projects; it also receives 1 percent of all the sales of his parents’ nationally famous oysters.

On the East Coast Shellfish Growers Association e-mail thread, I often see Pete’s pleas for used equipment to house his billions of oysters. It would be fitting for more Wall Street firms, which were spawned not far from Pearl Street, to pitch in and help revitalize the waters around them.

At the Harbor School high school on Governors Island, Pete teaches classes in biology, taking his students into the real world of conditioning brood oysters in his hatchery, growing the algae they need to consume, spawning them, then nursing them in pumping systems called “up-wellers,” before planting them in massive quantities in New York Harbor. Students from middle schools and high schools all over New York City visit the facilities on Governors Island to witness biology in action.

New York Harbor was once the perfect site for oysters. In The Island at the Center of the World, Russell Shorto estimates that 25 percent of the oysters in the world were living in New York Harbor when the Dutch first arrived. Reef builders — the coral of the northern oceans — oysters in nature perch upon their previous generation, not unlike an underwater high-rise.

Currently, Pete Malinowski is testing to see how long his hatchery-raised oysters can live in the current state of the ecosystem surrounding Manhattan. He has oysters growing in the Bronx River estuary, its lower salinity a perfect place for future natural sets of oysters. He plans to plant in the Gowanus. At the east end of 23rd Street, there’s an oyster site next to an abandoned, wooden storm drain that once vented into the East River. Of course, no one should consume his oysters from the still-fouled waters of New York City. Confusing the Greenpoint oyster with the Greenport oyster could be a gut-wrenching event — trust me.

Whether oysters can shelter Whitman’s Manahattan from a hurricane is debatable but, what harm can a billion oyster reef do?  In the least, they will filter the water and provide habitat for untold millions of small fish fry.

I first met Pete in Chinatown, midway along his bike route to Governors Island from Brooklyn. He’s tall like his father, Steve, and red-haired like his mother, Sara, and I took to him. I too had biked to work all my years on Wall Street. If anyone can revive oysters in Gotham, it surely is the young man who grew up on boats in the Block Island Sound and who returns home to Fishers Island avoiding the Connecticut traffic by driving his 20 foot open skiff four hours from New York Harbor and then across the Long Island Sound.