The demonstration, for the Eastern Long Island chapter of the American Culinary Federation, took full advantage of truffle season. 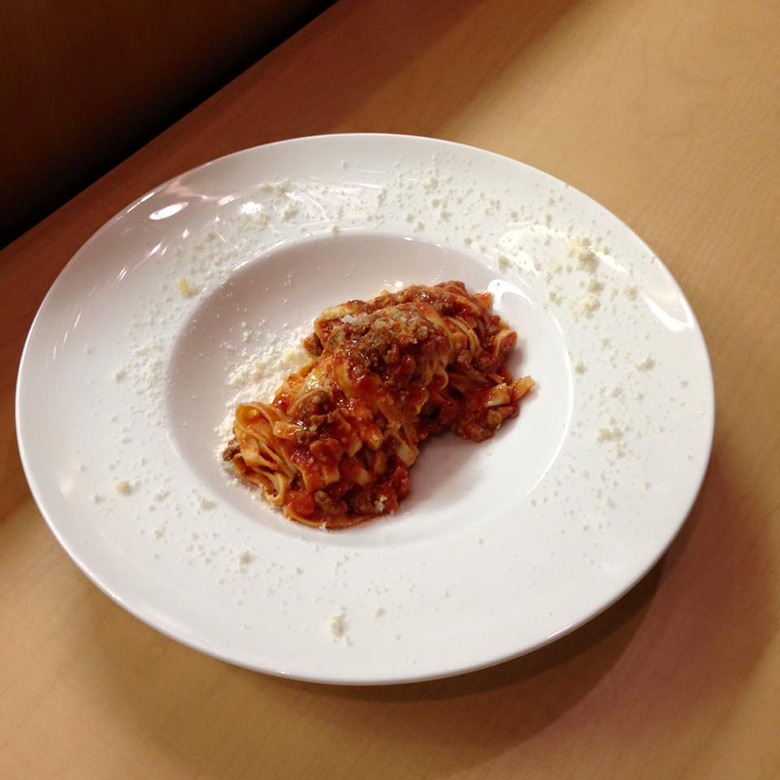 “About pasta in general,” says Marco Pellegrini, chef at Caci North Fork, “we can talk for a month.”

Before he said that, he had already talked about pasta for an hour in front of the monthly meeting of the American Culinary Federation’s Eastern Long Island Chapter at Suffolk County Community College in Riverhead. Use white flour for ravioli; use semolina if you want to cook it al dente; use thicker pasta for spicy sauces; use very thin pasta for lasagne. He went over how to make pasta for lasagne with different stripes of color. (The secret is to get every color, which he makes using beet juice, squid ink and spinach, the same texture.) He talked about pasta made with cocoa; coffee pasta, which he serves with scallops and lemon, and an upcoming experiment with licorice pasta, which he thinks would go well with shellfish. 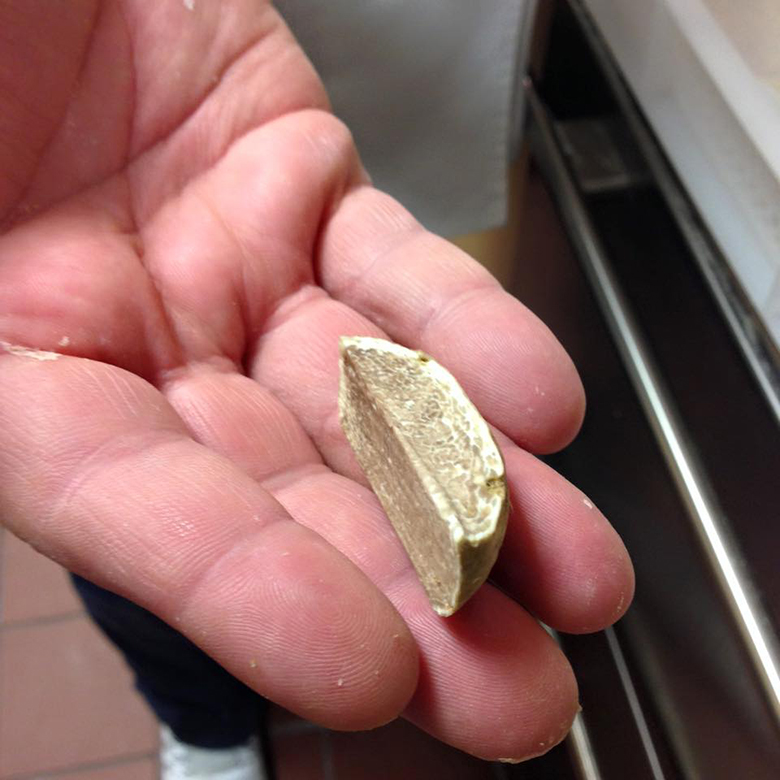 A white truffle was grated into a sauce for homemade ravioli.

By the end of the demo, the attendees were able to taste his tagliatelle Bolognese and raviolis filled with buffalo milk ricotta with a white truffle-butter sauce. While the ravioli boiled a white truffle was passed through the audience for everyone to smell. “It’s like Chanel No. 5 for chefs,” said one amid groans of appreciation.

Pellegrini was featured in our Fall 2015 issue, and since the restaurant opened last fall, his cooking has come to be renown for authentic Italian cuisine that takes great advantage of local ingredients. The restaurant is also a big supporter of the college’s culinary program; three of the four kitchen staff present were graduates discovered at the program’s annual job fair. 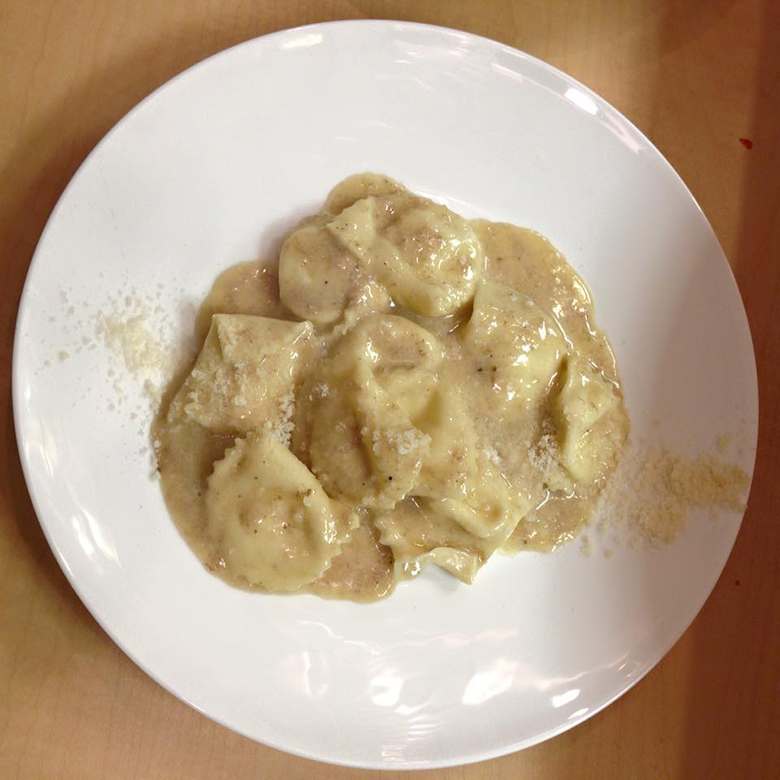 ACF meetings and memberships are open to the public; the group is in the process of becoming a nonprofit with the goal “of helping our members advance their culinary careers through education and certification.” The nonprofit status will help the chapter do more for “culinary enthusiasts” nonprofessional who want to further their education. Check out their Facebook page here.