Evolution and bubbles at a Sparkling Pointe tasting of wines from 2000 to 2006. 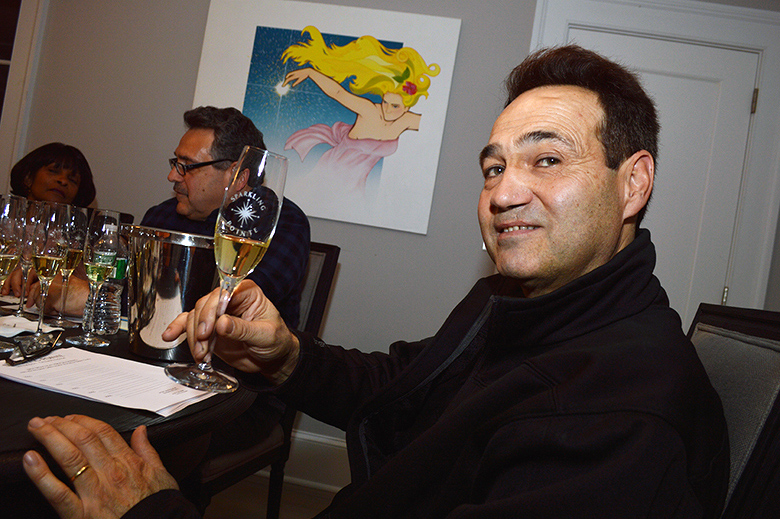 Not enough people drink sparkling wine. It’s just true, and it’s a shame. It’s the perfect aperitif. It goes with just about anything, it’s delicious and comes in at all price points. Most is made to be drunk within a year of purchase, so cellaring is not necessary. And here’s the best reason for residents of Long Island: Our local wineries make great sparkling wine, and if you have yet to try them, you’re missing out.

But we’re here to help. For our holiday issue, I wrote about wineries that make sparkling wine using the traditional method, in which the bubbles are created — bottle by bottle — by inducing a secondary fermentation within those strong, thick bottles. This is the method Champagne producers are required to use, and for good reason. It creates complex aromas and flavors and adds body to the wine.

Our producers pretty much release the wines when they are ready to drink. And as in most things, the winemakers hold different opinions about that. Lenz winemaker Eric Fry was kind of an outlier (as in most things); he recommends drinking his bubbly within a year of release or “it will go downhill.” Other winemakers, including David Page of Shinn and Russell Hearn of Lieb, agree a few years in bottle will improve the wine. My recommendation? Buy at least two. Drink one now, drink the other one year later and decide for yourself. 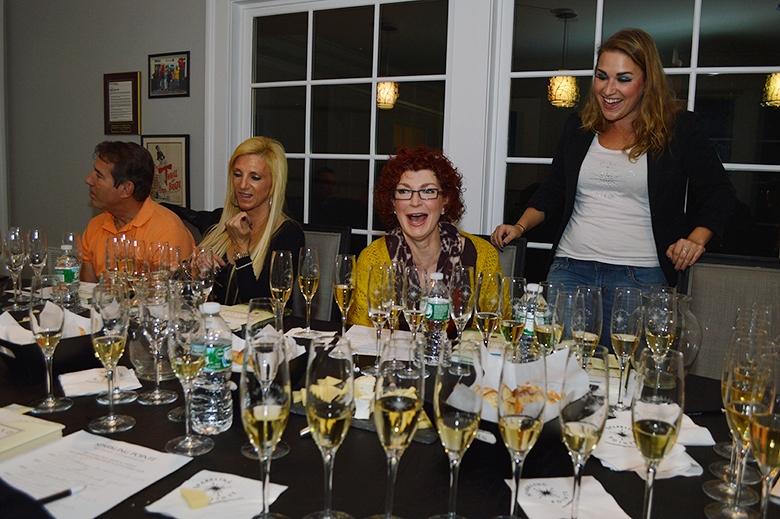 The article skipped the only winery on Long Island that just makes sparkling wine, Sparkling Pointe, because winemaker Gilles Martin invited me to a tasting of the winery’s top wine, Brut Seduction, in a vertical, which means we tasted, in succession, the 2000, 2001, 2002, 2003, 2005 and 2006. And I wanted to give it all the room the web allows.

We were joined by members of the winery’s wine club, many of whom have these bottles in their collections. I, as they do, really appreciate the chance to taste a vertical because, in addition to following the evolution of the wine, you also get a historical survey of the region. With each vintage, we recalled that year’s weather, what we were doing at the time and how Long Island Wine Country has evolved.

Now to the wines. As the winery’s top wine (or as they say in France, where Martin is from, the tête de cuvée), Brut Seduction is made with great care and attention from the vineyard to the cellar. In the best vintages (Martin did not make the wine in 2004), Martin selects base wines he knows will have the longevity and the polish and create the tiny persistent bubbles it takes to make the house’s prestige cuvée. He can’t tell you how; after making sparkling wine for 25 years, he just knows.

To get a taste of older vintages against the tête de cuvées from other sparkling wine producers around the world and from Champagne, check out Sparkling Pointe’s  Tête de Cuvée Grand Tasting event on Saturday, January 23.

All the wines were made with varying percentages of chardonnay and pinot noir. (For wine geeks, the exact percentages and amount of residual sugar in each vintage are listed below.) Martin says he and the staff blend and taste sometimes up to four different versions. The wine then goes through the second fermentation in bottle. When that is complete the wine rests on the dead yeast cells, or lees, for six to eight years. This is what creates complexity in sparkling wine, and contributes to its expense. The longer a winery ages a wine, the longer it ties up inventory. Martin disgorges (removes) the lees a few months before the wine is released for sale. Just before the wine is corked and caged, there is one last step. He adds liqueur d’expedition, which adjusts the sugar content of the wine. The amount Martin adds keeps it on the very dry side for a total of six to eight grams of sugar per liter, which gives the wines an aliveness even after 15 years.

2000: After all its time in bottle, this vintage has developed big aromas of roses, black currant, raspberry sorbet and lemon. That’s the complexity we were talking about.

2001: The stretch of vintages from 2000 to 2002 were good ones for Long Island. Even persistent heat resulted in a lot of ripe fruit. The 2001 floral nose and high acid made it as fresh as a younger wine.

2002: The aromas of this wine were a little muted, it could be going through a dumb stage, but the robust red fruit on the palate means it still has many years ahead of it.

2003: This was a more challenging year; the wine shows a fruity round mouthfeel, zesty acid and long finish.

2005: We had a dramatic rain event in October of 2005 after a very hot summer, but the fruit for the Brut Seduction had already been picked and its ripeness is still evident in the candy-like aromas: Think red Twizzlers.

2006: A cooler vintage, which gives the wine more citrus and apple flavors than red fruit. This is also the sign of a younger wine.

The winery’s current vintage available for sale in the tasting room for $72 is the 2006. To get a taste of older vintages against the tête de cuvées from other sparkling wine producers around the world and from Champagne, check out Sparkling Pointe’s Tête de Cuvée Grand Tasting event on Saturday, January 23. 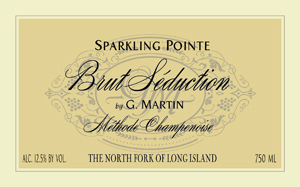