Oysters from just south of the winery are available on the half shell this and next weekend. 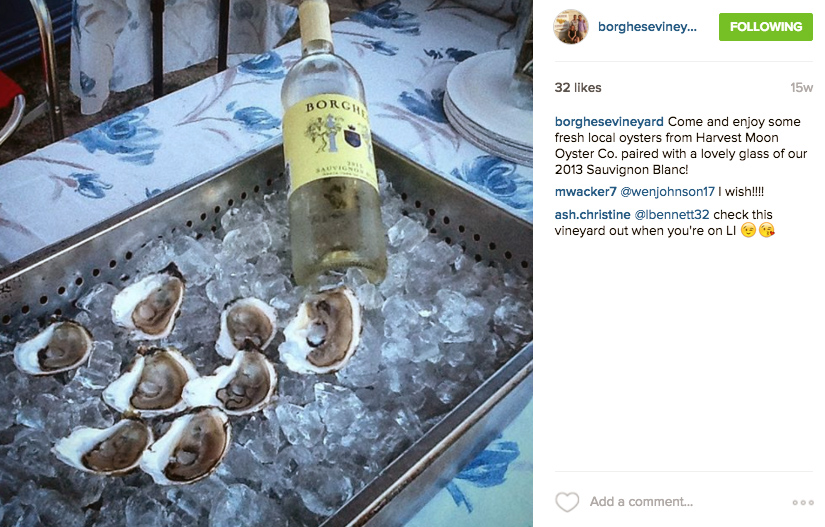 Shellfish lovers can get a one-two combo these next two weekends at Castello di Borghese in Cutchogue. Harvest Moon Shellfish Co.’s oyster truck will be on the grounds with owner, Josh Clauss, behind the wheel opening oysters and bay scallops.

Scallop season was not so great this year, says Clauss, but he’s seen worse. “So I’m not worried from an ecological standpoint. It’s a cyclical animal.”

Clauss serves the very seasonal treat of a Peconic Bay scallop on the half shell for $1 a piece. Get one before they’re gone! The oysters, which Clauss cultivates in Hog Neck Bay just east of Nassau Point, are $25 per dozen; $5 for six or $3 a piece.

We all know shellfish pairs fantastically with the crisp white wines of Long Island. Allegra Borghese recommends trying their sauvignon blanc with the oysters, and their newly released 2013 stainless steel chardonnay with the scallops.