Chef Jason Weiner of Almond donates his talents to raise money for Concerned Citizens of Montauk. 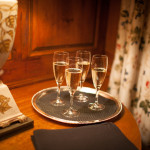 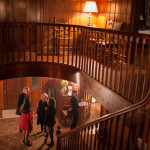 Guests arriving to the Aikin family home for CCOM dinner. 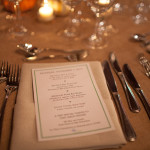 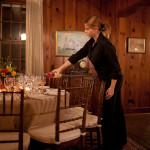 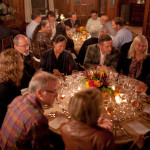 Last year, Almond chef Jason Weiner sat on a panel about sustainable seafood. The panel, which noted Weiner’s commitment to putting such seafood on his menu, was hosted by Concerned Citizens of Montauk and moderated by Paul Greenberg, author of American Catch: The Fight for Our Local Seafood. 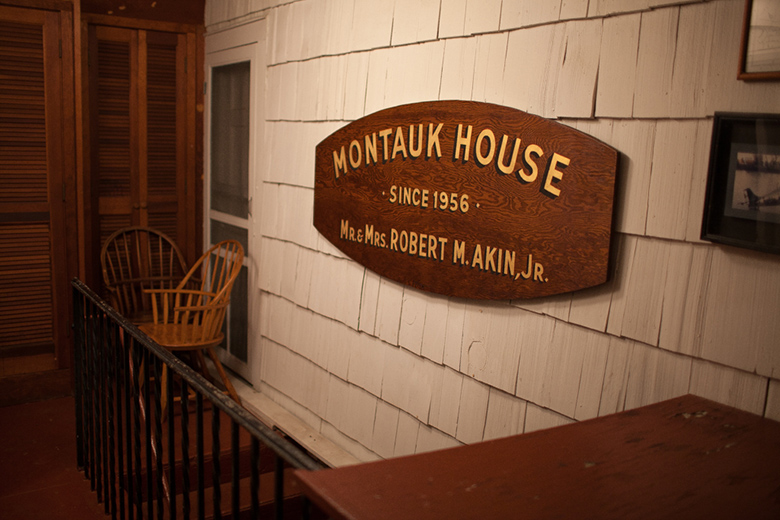 He met up with CCoM again last month as the chef for their fundraiser, the Sustainer Circle Dinner, at the “Montauk House.” “I made some friends,” says Weiner.

To attend the dinner I entered the former home of developer Carl Fisher and felt like I had stepped back in time. Owned by the Akin family since 1956, the home sits on a hill overlooking Ft. Pond Bay, Lake Montauk and the Atlantic Ocean, but it hasn’t changed much since Fisher built it in 1927.

Bill Atkins, a CCoM member, greeted guests outside. Once inside, they were offered a glass of sparkling wine. The reception was held in the “family” room, anchored by a large stone fireplace and a pool table, although nary an eight ball was in sight. The dark wood paneling throughout, set the stage for a very civilized evening. 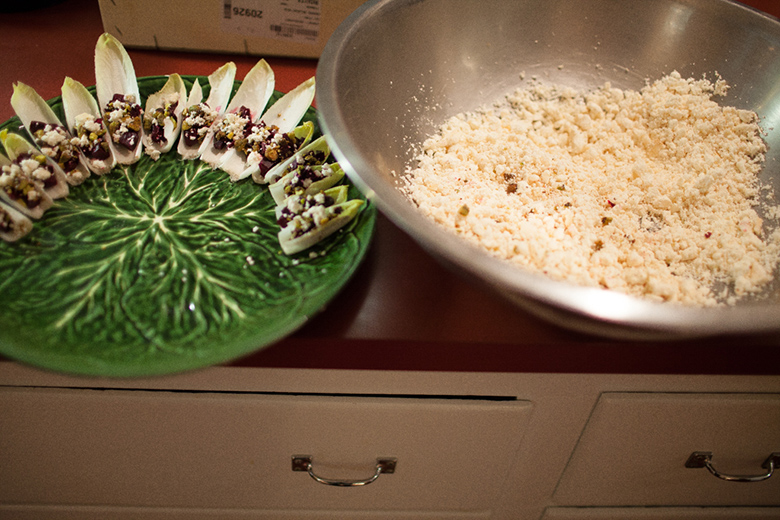 “Montauk likes to pick one issue and get really excited,” he said. “Last year it was ED40.” New owners of the old East Deck motel on Ditch Plain Beach proposed a private club including a spa, restaurant and underground parking garage.

“This is not what we want no matter how you slice it,” he said. “It won’t work.” CCoM helped turn the four-acre plan down to four-unit lots.

Water quality, such as blue green algae in Fort Pond, was the nonprofit’s second project. By offering a “bucket list” on how to be good stewards, they encouraged businesses and homeowners to up their game.

The third project, the Army Corp of Engineer’s plan to build a boardwalk and fortify downtown beaches with sandbags, was the elephant in the room. “Downtown Montauk is in the wrong place. Who put this there?” Samuelson asked ironically. Oh yea, Carl Fisher.

Before dinner, I snuck into the kitchen and found Weiner preparing the first course, his famous Brussels sprouts, from Pike Farms , hot and cold, in the style of Caesar salad. I was happy to see my friend Meg Hulyo of South Fork Kitchens helping out. 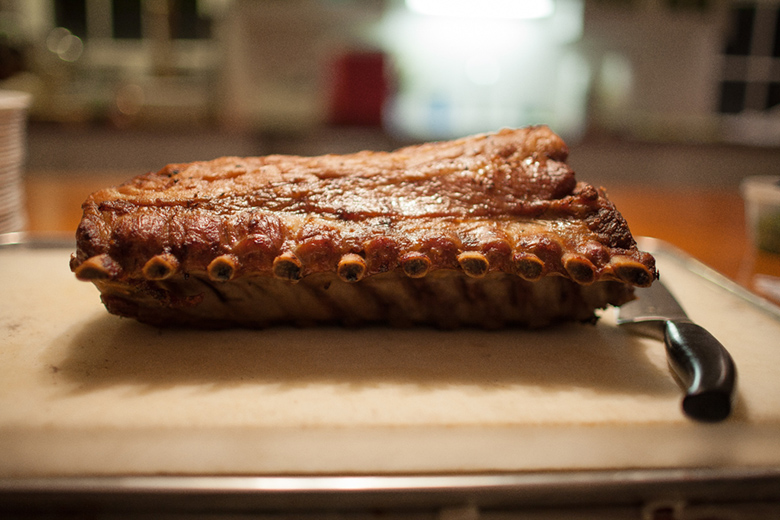 Hulyo previously worked at Amber Waves Farm, where the wheat berries, purple bok choy and garlic grow. Those ingredients went into the main course of Berkshire pork rib roast. To keep it all in the family, Weiner went to his wife’s cousin, Sean Zigmund, owner of Root-n-Roost Farm in Livingston Manor, New York, for the pork.

Scallops, harvested by Mike Martinsen and Mike Doall of Montauk Shellfish Company, sat on a bed of celery and celery root from Marilee Foster’s farm in Sagaponack. Thanks to Andy Harris and Sally Richardson, Stonecrop Wines 2015 Rosé, 2014 Sauvignon Blanc and 2011 Pinot Noir were served alongside a fantastic meal, topped off with sticky toffee date cake and Joe & Liza’s ice cream.

“Sadly, the house is on the market,” Samuelson said. “Let’s live it up as if it was our last shot here.” Indeed, the dinner alone would make one want to join CCoM. 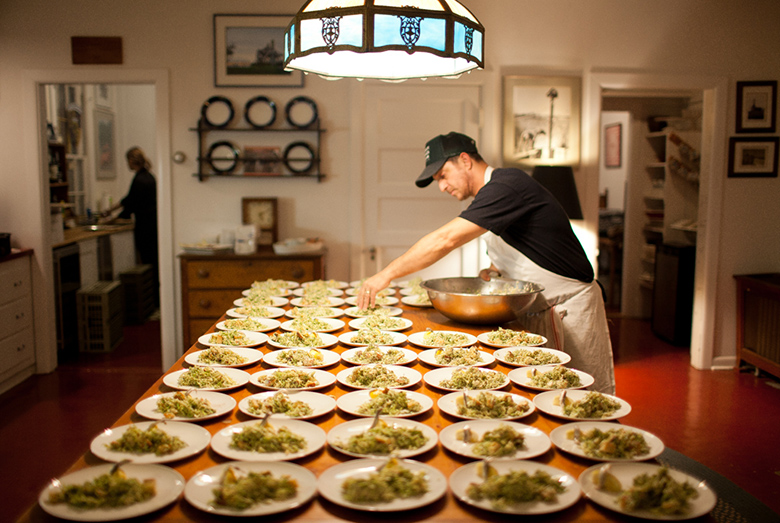 In a blender, puree all the ingredients except for the oils, salt and pepper. Now, with the blender running add the oils in a thin constant stream. Season with salt and pepper.

In a sauté pan gently heat the olive oil with the garlic and the rosemary. Add the bread and toast until golden brown.

In a deep and wide saucepot, preheat the canola oil to 350°. In a mixing bowl, toss the shaved Brussels with the croutons, a desired amount of dressing (you’ll probably end up with extra), salt and pepper. Arrange the salad on a platter and garnish with a couple of the lemon wedges and the anchovies. Right before serving, carefully drop the quartered sprouts into the canola oil. Fry for 30 seconds and toss with a couple of squirts of lemon and a bit of salt. Cascade the fried sprouts over the salad. Shave some cheese on top and serve.