What You Need to Know About Long Island’s Sparkling Wine 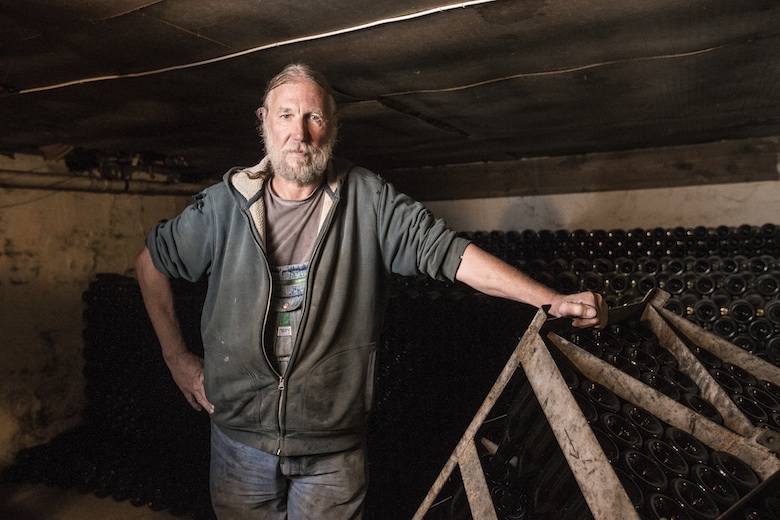 Eric Fry, winemaker at Lenz Winery in Cutchogue stands by rack and riddle cages used to produce his sparkling wine in the wine cellar.
Photo by Randee Daddona

Sparkling wine is the stuff of holidays, but part of my mission in life is to get people to drink it anytime of the year, because it is so good. Unfortunately it can be hard to understand. But fortunately there are plenty of excellent examples made on Long Island to help you learn something this season, while … um, drinking.

First, to appease the producers of Champagne, the only sparkling wine able to take the name Champagne is wine made in the Champagne region of France. This is the law in the European Union; it is good manners in the United States. But who cares? Sparkling wine is a good uncomplicated name; you know exactly what you’re getting.

Here’s where a little knowledge goes a long way. To simplify: there are two methods of making sparkling wine. In one—the easiest and the least expensive—the bubbles are added in bulk and the wine spends some time in a tank; in the other, which we will discuss here, the bubbles are added in the bottle, bottle by bottle. Again, to keep Champagne producers happy, we will call this the “traditional method”; “The Champagne method” or “méthode champenoise” is also forbidden in the E.U. for any wine made outside Champagne, which is in the cooler north of the country.

And which is good for us. “There’s no good sparkling wine from a warm climate,” says Russell Hearn, winemaker at Lieb Cellars, where he makes two sparklers. “All cool climate regions are more suited to the traditional method.” Hearn uses this method because it results in more delicate wine. “Good sparkling is all about lightness and crispness,” he adds, “which is why it does well on Long Island.” Lieb’s wines, which can be found in the tasting room now, are a 2013 sparkling rosé and a 2011 blanc de blanc, made entirely from Lieb’s signature grape, pinot blanc; this is unique to the winery.

If you notice, the Lieb wines have vintages. Buy a bottle of Prosecco, which is made with bulk bubbling, and its label will bear no year. Here’s where the traditional method turns sparkling wine into something really special, says the Lenz Winery’s over-alled master of the grape, Eric Fry. “We’re talking quality bubbly.” 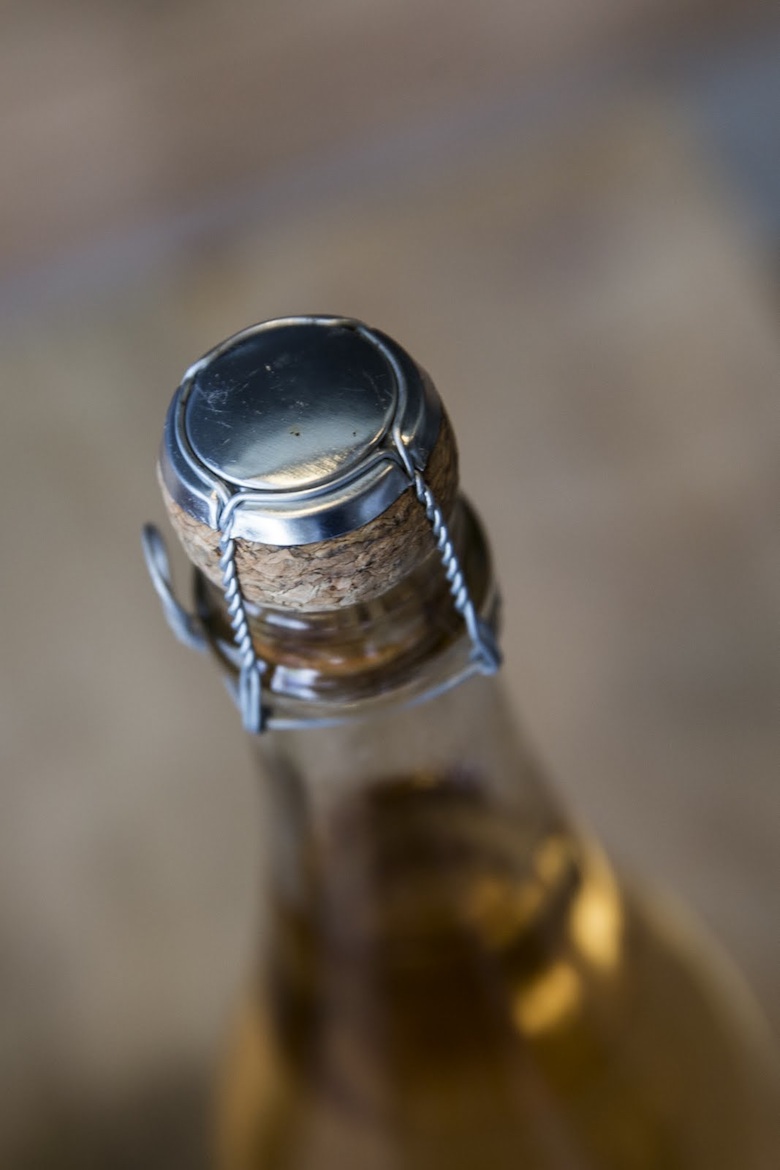 To create bubbles using the traditional method, winemakers put wine (called the base wine) into those thick bottles, add a mix of yeast and sugar and top it with a crown cap like a Coca-Cola. The yeast eats the sugar—the essence of fermentation—which results in alcohol, carbon dioxide (our bubbles) and dead yeast cells, called the “lees.”

The longer the wine stays in the bottle “on the lees,” the more complex it gets. To prepare the wine for sale, the winemakers disgorge the lees (by freezing them in the neck of the bottle; the pressure pops it out) and stuff in one of those fat corks. Fry, who likes to keep his wines on the lees as long as possible, advises drinking a bottle of Lenz bubbly within a year of purchase. “Or else it will go downhill,” he adds. On the shelf in the tasting room now is the 2011. Fry wishes he could keep the wines longer. “They sell out too fast,” he says. “It’s a really big problem.”

And here’s where we can revel in the diversity of opinions about how to make wine. David Page, who works with Patrick Caserta to make the wines at Shinn Estate Vineyards, believes sparkling wine made using the traditional method will continue to improve once disgorged. “Some time in bottle is good,” he days. “We have bottles from 2008 vintage that are still evolving.” Shinn’s 2010 sparkling is the current vintage.

Juan Micieli-Martinez, general manager and winemaker at Martha Clara, has a deep cellar of sparkling wine, and currently one can find a 2005 version in the tasting room in Riverhead. He is calling the wine “crémant,” a word invented in France to denote wine made using the traditional method outside of Champagne. It’s an elegant solution; let’s help it catch on. He recently added a crémant rouge made from merlot. The 2011 is on sale now.

If you can get to the tasting room to get a bottle of the 2005 crémant, do it. Micieli-Martinez says all that amount of time on the lees develops a character with “a little nuttiness and funkiness and palate richness, too.” Which makes it go well with food.

“Do you need an excuse to drink sparkling,” asks Micieli-Martinez, “do you need food?” If you must, he’ll take it on Sunday mornings with poached eggs with hollandaise, or some lox and cream cheese. But this wine is not for mimosas. “Don’t pour orange juice in it in my presence,” says Fry. “But boy, if you’ve got a plate of oysters, let’s go!” Hearn concurs with the shellfish pairing, but like me, and the rest of them, will happily drink a glass of the complex, toasty, crisp sparkling wines of Long Island all by itself.

Current Vintages to Pick Up for Your Holiday Dinners