The marvels of beeswax. 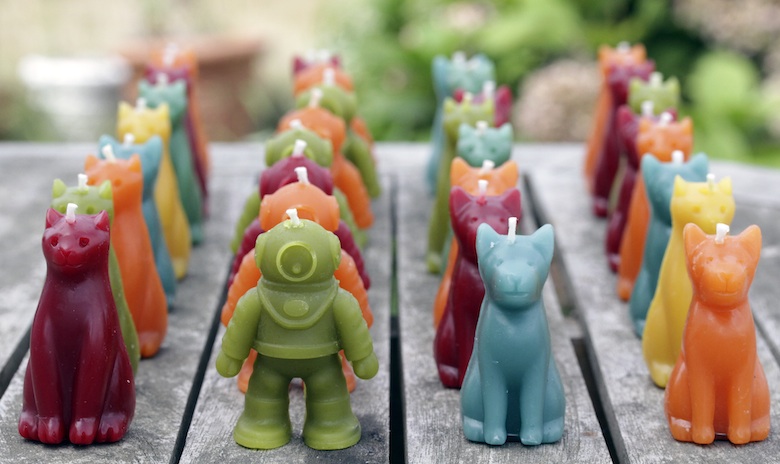 Gummy bears! What’s always accompanied a sleepover, class trip or movie? The answer is gummy bears. But what makes a gummy bear possible? That is right—pollinators. Female honeybees to be exact. You see, the final step when making fruit gums is to spray them with a thin coating of beeswax and carnauba wax (made from the leaves of a palm tree) to give them a nice sheen and prevent them from sticking together.

Beeswax has a wide range of uses, including the production of food, cosmetics and pharmaceuticals. While beeswax is inert and has an insignificant nutritional value, I’m hungry, so let’s focus on how beeswax helps with food. It is used to coat cheese to seal out the air and prevent mold. For fruit including citrus, melons, pineapples, apples and pears, beeswax is a surface treatment that prevents water loss and increases shelf life. Paraffin wax, carnauba wax, rice bran wax and/or shellac (from the lac beetle, which naturally contains a small amount of wax) may also be used. Some chewing gums even use beeswax in the gum’s base; it enhances chewiness.

Beeswax is also great for making candles. In fact, this is where most of the beeswax from my hives ends up. Burning beeswax candles at the dining table add to a room’s ambience, and the resulting subtle scent of honey doesn’t compete with food’s aromas. In addition, beeswax candles burn significantly longer than typical candles (a beeswax tea light lasts for three hours and a votive for 15 hours), and they are soot-free because the wax is not a petroleum by-product like paraffin. 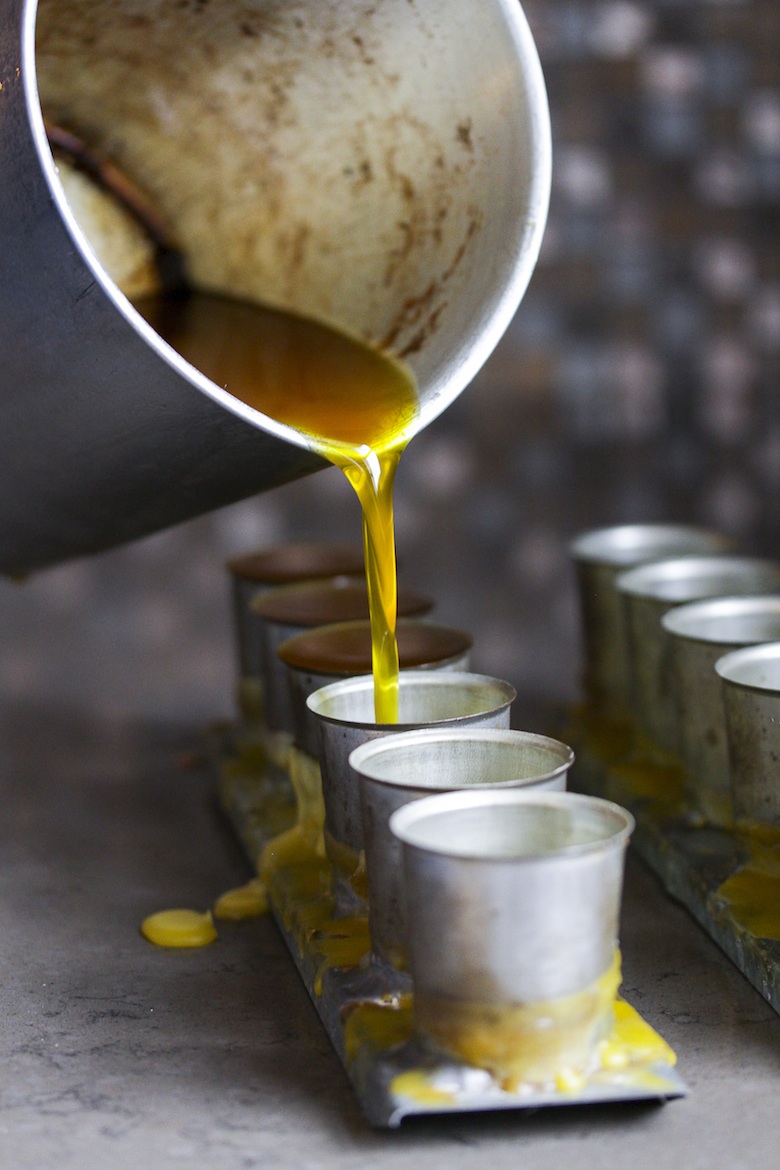 The only bees in North America that make wax are honeybees and bumblebees. Honeybees use the wax to build new honeycomb, to cover eggs or cured honey or to add to existing comb. Their hives’ double-sided interlocking, hexagonal-cell wax combs have fascinated mathematicians for centuries. In contrast, bumblebees construct nests with a mixture of pollen and wax; the results basically look like an irregular mass of round, yellowish balls. Bumblebees use the wax to construct honeypots, to cover the eggs and to line empty cocoons for use as storage containers.

The way bees employ beeswax fits their individual lifestyles, and the difference between these two species could not be greater. Wax enables honeybees to build elaborate nests to store enough food to overwinter a whole colony (each colony needs about 75 to 100 pounds of honey to make it through). Bumblebee nests are active only for the growing season. The newly mated queens overwinter individually and find a new nest alone the following spring.

Yes, only female bees produce beeswax. For honeybees, it’s young workers (8 to 17 days old), when their wax glands are at peak function. This is the same age they are nurse bees and work inside the colony, mainly where the queen bee lays eggs. For bumblebees, wax is secreted by the queen when she starts the nest and by female workers on the second day of adulthood. The secretions decline after a week, during which workers spend most of their time in the nest performing household tasks. Only later do they leave to forage for nectar and pollen.

This is the time of year I start to go through my hive equipment, to assess what needs to be fixed and to cull frames of old, dark beeswax destined to be melted down and cleaned up in my solar wax melter. If you see me on the porch of our store in Cutchogue with a scraper in my hand, honk and wave. I am undoubtedly sitting there scraping old frames, thinking about how fascinating bees are—and how much I appreciate their wax.