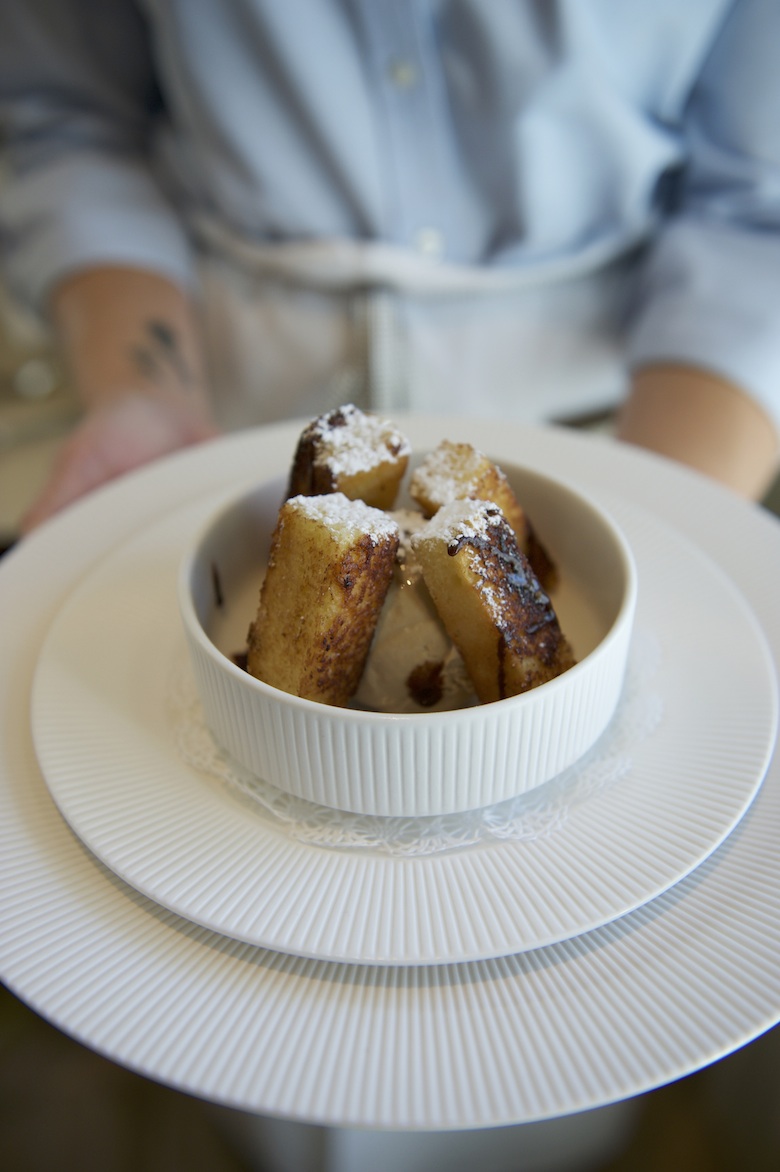 When 115 some-odd members of the Lessing family gather this Thanksgiving for their 30th annual Turkey Bowl, they will once again prove the adage that a family that plays together, stays together. This annual pre-feast gridiron competition, which is immediately followed by said feast, pits several generations of Lessings against one an- other. “Thanksgiving is our big holiday. It’s a whole lot of fun. We used to go from one house to another,” says Michael Lessing, chief operating officer of Lessing’s, the Great River–based family-run hospitality firm that is celebrating their 125th anniversary this year. “Then we started outgrowing the houses, so now we do it at Bourne Mansion, our largest venue. It’s the marrieds versus the unmarried … the lineups change on both sides every year. That’s the way it goes with a large family.”

Founded in 1890 by Maxwell Lessing, Lessing’s is one of the oldest family-owned and family-operated food service and hospitality businesses in the United States. In a time when mega corporations are swallowing up family businesses, Lessing’s has, through steadfastness and diversification, remained under the leadership of the same family for a century and a quarter. Fourth-generation brothers, Lawrence III and Jack, still play an active role in the family business as senior advisers and board members. The day-to-day operations are manned by the fifth generation of Lessings, including Michael (COO), Mark (executive VP restaurants), Schmiddy (executive VP Lessing’s Food Service Management), Kevin (director LFSM), Lawrence (area manager Blaze Fast Fire’d Pizza) and Scott McKelvey, not actually a Lessing, but treated like family (CFO); the sixth generation is starting to make its presence known. Currently there are about 18 family members actively involved in the business. Of the many keys to this family’s success, one that stands out is their requirement that if a family member is serious about joining the family business, they must work “in the field,” doing a variety of jobs (busing tables is not out of the question) for a minimum of two years. No nepotism at Lessing’s, everyone pulls their own weight. 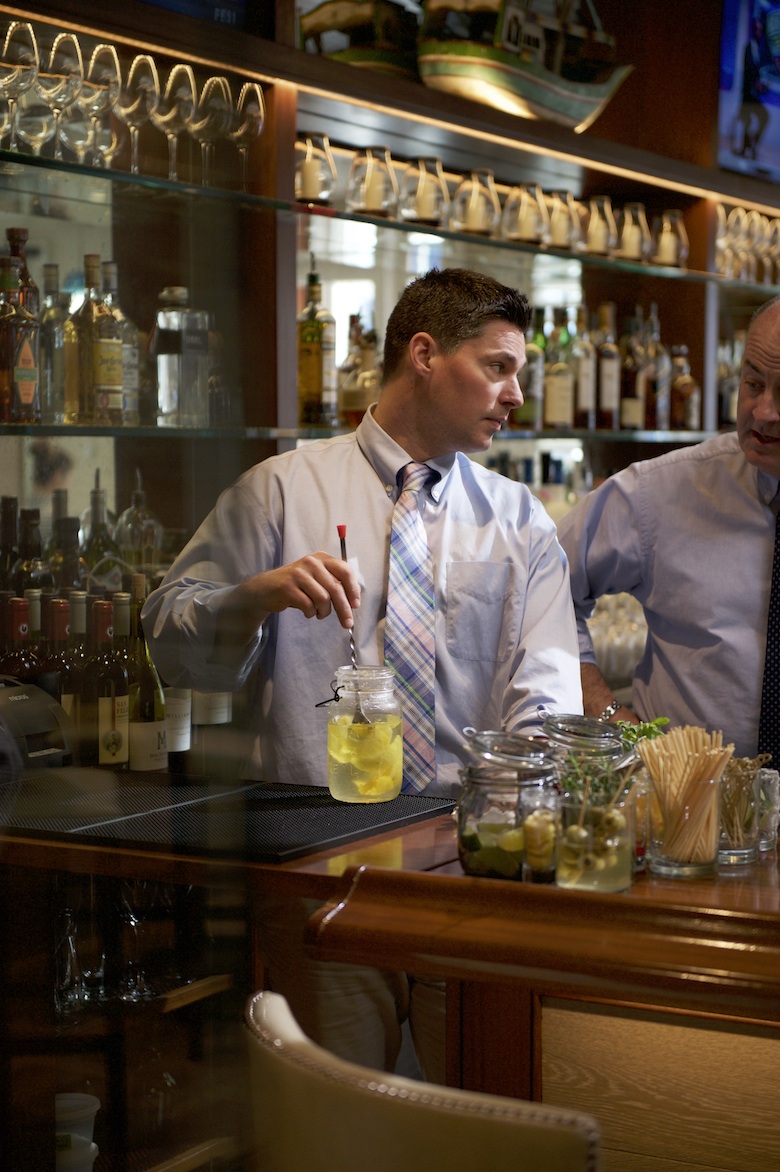 In the late 19th century, family patriarch Maxwell Lessing, a savvy entrepreneur, responded to New York’s burgeoning population of laborers by opening up the city’s first lunch counter in lower Manhattan. This gave workers who lived in boarding houses an opportunity to grab a quick and inexpensive midday meal. The idea caught on and in short order Maxwell Lessing had several lunch counters in operation. In order to meet the demands of the hungry populace, he opened up a commissary kitchen nearby. The kitchen would prepare sliced meats, hot meals and baked goods that would then be delivered to his locations.

Maxwell was not only an innovative entrepreneur, but a bit of a visionary, too. While he didn’t invent the sandwich, he did pioneer the serving of sandwiches at his lunch counters and was the first in New York to buy Coca-Cola and serve Coke to his customers. A sandwich and a coke, Maxwell Lessing was instrumental in making the American lunch what it is today. 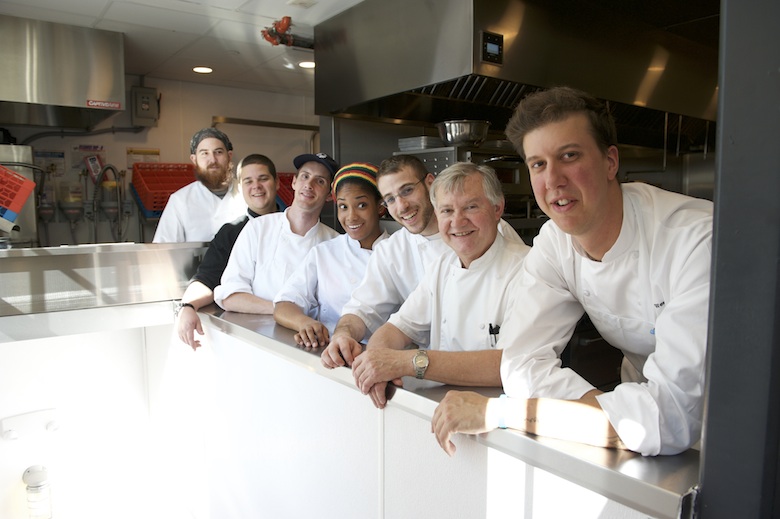 By the late 1920s Lessing and his son Lawrence were running more than 20 lunch counters in New York City. To meet the growing demand of the city’s hungry workers, the Lessings expanded from simple lunch counters to larger lunchrooms in the lobbies of the city’s new office buildings. Lawrence Lessing built on his father’s innovative acumen by opening and operating the first large cafeteria in a major corporate building, thus spearheading the contract food service industry and a new business model for the Lessing family. 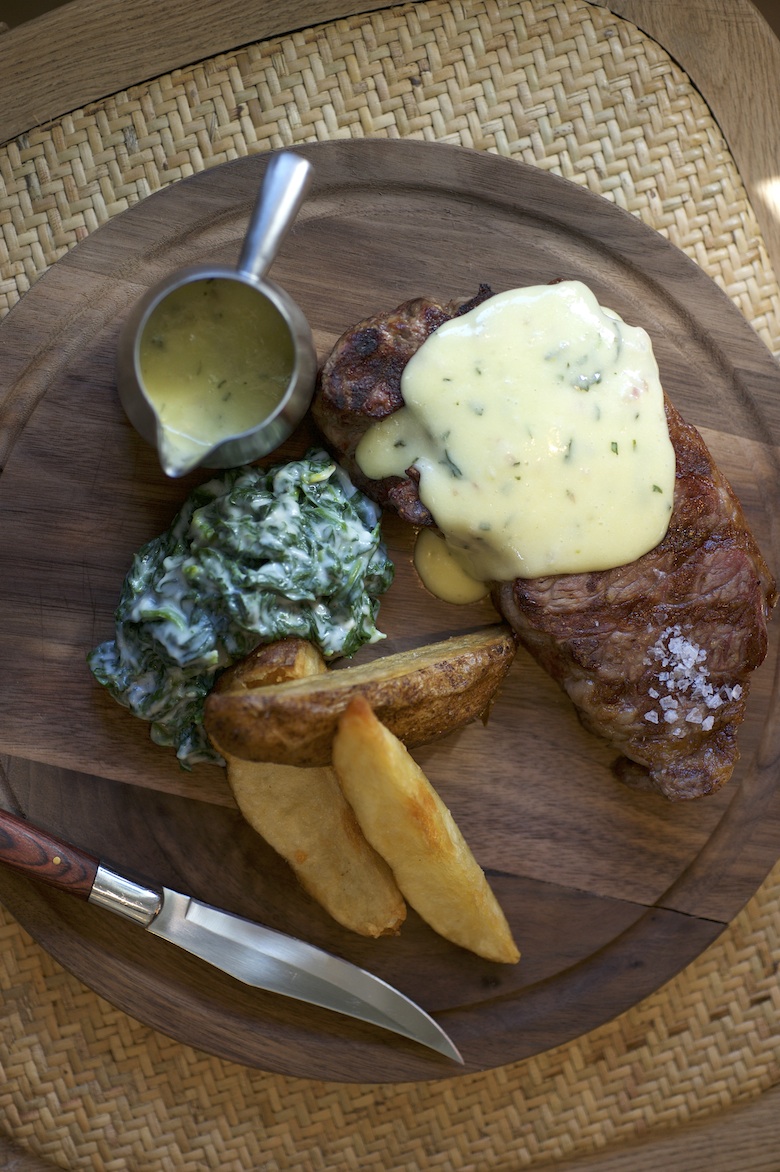 By the late 1950s, the fourth generation of Lessings had entered the family business. Brothers Jack and Lawrence III faced the changing economic times head on. The post-war economic boom was coming to an end and folks were moving out to the suburbs. The Lessings, who according to Michael Lessing, “were born in Brooklyn like everyone else,” settled in Islip and expanded their business both strategically and geographically. In 1977 they bought a bar in Breezy Point, their first foray into retail restaurants. What followed was a succession of “Main Street” restaurants and cafés along our south shore. They bought the historic post office building in Babylon and opened up the Post Office Café, an immediate hit with locals. The next acquisition was the historic Southside Hotel in Bay Shore, which the Lessings brought back to its glory days. Across the street, a shuttered fire-house became the Firehouse, a popular club, and Farmingdale’s former public library became the Library Café. Their “Main Street” business plan was proving to be very successful and no doubt had a hand in the gentrification and revival of some of the communities along Montauk Highway. Maxwell’s in their hometown of Islip and the 100-year-old Finnegan’s in Huntington round out the local “Main Street” lineup. By now, the fifth generation of Lessings was working its way up the family corporate ladder. 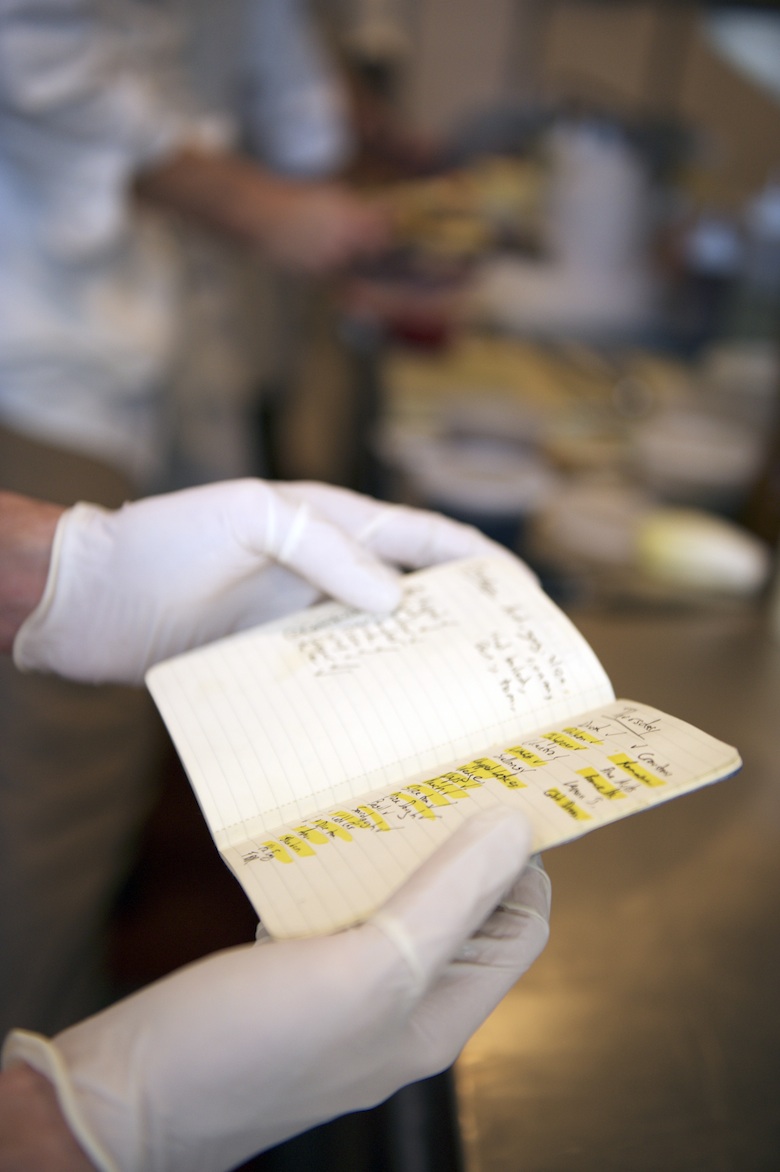 The jewel in the Lessings’ crown of historic building procurements and revivals was their purchase of the Three Village Inn in Stony Brook. Built in 1751, the inn has seen many incarnations, but under the Lessing’s brand it shines. In 2008 the Lessings had the presence of mind to invite chef Guy Reuge to bring his Mirabelle name, reputation and expertise to the Three Village Inn. Reuge, unsaddled by the managerial details of running a restaurant, was now free to do what he does best: create culinary magic. “Guy’s food is out of this world,” says Michael Lessing. “I would never consider myself to be a foodie. I am a pretty basic food guy, but when Guy came on with us, he changed my tastes completely. Whenever I go to Mirabelle, it’s kind of like whatever Guy wants to send out is fine with me.”

Fine dining a hit, the Lessings bought the former Saxon Arms in Oakdale, known for its spectacular views of Great South Bay, and renamed it View. Lessing’s most recent fine dining restaurant revival is Sandbar in Cold Spring Harbor. Construction and restoration of the historic building began nearly three years ago. “We practically rebuilt the building,” says Michael Lessing. It was well worth the wait; Sandbar’s interior is both classic and classy boasting a two-story glass wine rack, an enormous skylight (with a retractable shade) over the sumptuous mahogany bar and a private party room that can seat 30 guests. The menu, created by Reuge, reflects his sensibility for all things fresh, local and seasonal. Reuge’s unmistakable flair is present in everything from pub fare to elegant seafood dishes. 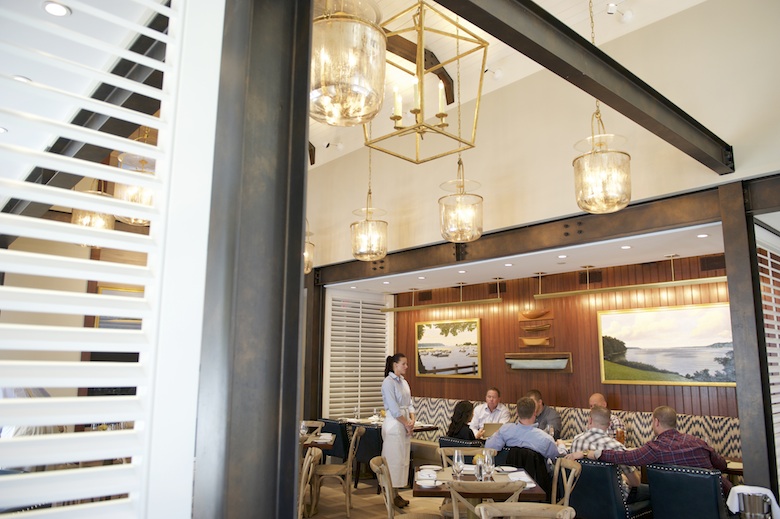 Broadening their dedication to preserve and restore historic buildings, in the ’90s the Lessings began acquiring former estates and mansions and re-imagining them as wedding venues. Lessing’s now offers brides 12 spectacular full-service locations on Long Island (plus Rye and Rochester, New York, and Newington, Connecticut), including the Bourne and Vanderbilt Mansions in Oakdale, Chateau at Coindre Hall in Huntington, Mansion at Timber Point in Great River and the Mansion at West Sayville.

Local cafés, fine dining and wedding venues aside, the Lessings still maintain their bread and butter food service business started by patriarch Maxwell. Today they serve more than 40,000 guests a day at more than 80 locations in the Northeast, including New York State parks, colleges and beach, yacht and country clubs. 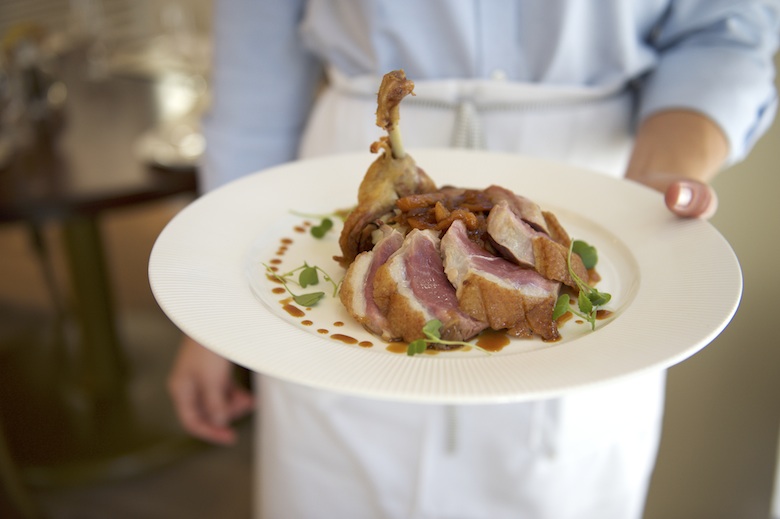 In 2009 Lessing’s partnered with Blue Point Brewing Company and launched signature beers, which include their Local Ale, Local Blonde and Local Cheer, a holiday ale that is served at their restaurants beginning at Thanksgiving. To celebrate their 125th anniversary, they partnered with Sparkling Pointe Vineyards to release a limited edition of Lessing’s Sparkling Celebration, a sparkling wine sold at Mirabelle, Mirabelle Tavern, View and Sandbar. 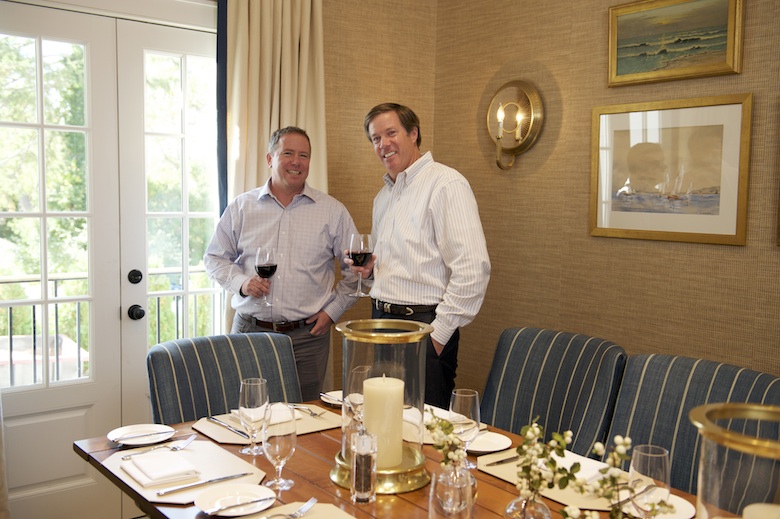 What’s next for Long Island’s first family of hospitality? How about a build-your-own assembly-line-style pizza place that blast-fires your pizza in 180 seconds? Yes, Blaze Pizza is the Lessings latest venture with locations in West Babylon, Bay Shore and Hicksville.

Let us raise a glass of local cheer to the Lessing family. Congratulations on 125 years of feeding us hospitably. Hear, hear!