A Malbec by Any Other Name

An ancient grape makes itself comfortable on Long Island. 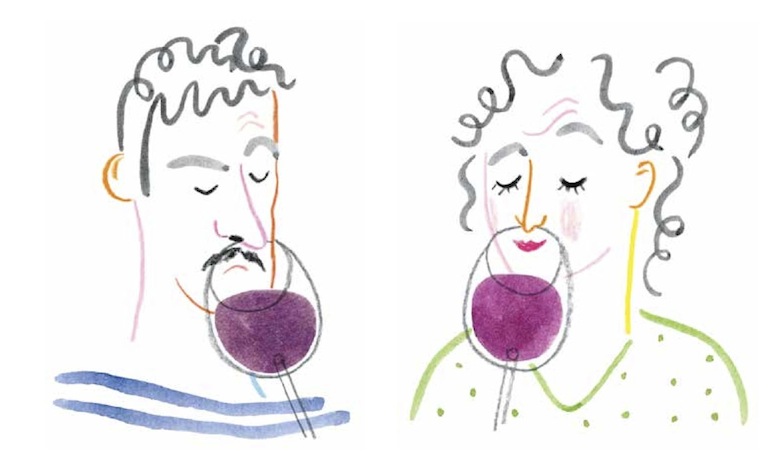 Recently, local vineyards have been experimenting with more obscure varieties of European wine grapes from places like Austria, Northern Italy and Slovenia. Trials done at Cornell Cooperative Extension of Suffolk County’s research vineyard in Riverhead have shown that Long Island can grow an abundance of varieties from around the world. While stalwart grapes like merlot and chardonnay have a long track record of success in the region, variety as they say, is the spice of life. The fact is we have a wealth of riches in our terroir. Unlike other areas in the Northeast limited to growing grapes that can merely survive, so many different European wine grapes can thrive in our district that it’s often difficult to come to consensus on what truly does best.

The key to great wine is growing grapes that have an affinity to the climate and soil of the place where they’re grown. On the East End, this is easier with white varieties; they require less sun and heat to produce quality wine. Successful reds are a little trickier. They have to be able to withstand the winter, ripen fully before the end of October and produce a balanced, high-quality wine. There are a number of red grapes that meet these criteria, but a particular one is relatively new to the region. This variety has slowly fallen out of favor in the Old World but is steadily made a name for itself in the New World. I’m talking of course about malbec.

Ask most wine lovers to name the home of malbec, and chances are they will answer Argentina, but the grape’s history begins much earlier. Few varieties have more monikers; it’s also known as côt, pressac or auxerrois. It originated in the province of Quercy, France, near the small town of Cahors, planted almost 2,000 years ago by the Romans. Stories exist of the infamous “black wine” of Cahors; by 1310 the wines of Quercy accounted for 50 percent of all exports from the Port of Bordeaux. When phylloxera destroyed French viticulture toward the end of the 19th century, the “côt” fell into oblivion. Bordeaux producers more or less abandoned the grape in the mid-1950s after a series of devastating cold snaps damaged the vines.

The word “malbec” originates from the French words “mal bouche,” meaning “bad mouth,” because of the poor opinion old French winemakers had about the grape. It seemed that the variety was going to be forgotten—little did they know that the malbec revolution was just beginning.

Malbec was brought to Argentina in 1852 by Michel A. Pouget, a French agronomist who was hired by the Argentine government. It quickly grew in popularity because of the way it adapted to the terroir of Mendoza. By the late 20th century, it was the country’s signature wine grape.

Malbec has found another new home on the North Fork. First planted in the mid-’90s, it quickly became clear that it was a good fit for our maritime climate.

Malbec has found another new home on the North Fork. First planted in the mid-’90s, it quickly became clear that it was a good fit for our maritime climate. It’s the earliest ripening of the classic Bordeaux varieties, maturing almost two weeks before merlot, avoiding late-season cold temperatures that can sometimes thwart a vintage. The large black berries have fairly tough skins making the fruit more resistant to rain and subsequent mold. Completely ripe malbec is a wonder to behold; it will literally fall off the vine with exotic flavors of black cherries, cocoa and boysenberries. All this along with a naturally dark inky color and crisp acidity make it a perfect fit for the North Fork.

What I love about this grape is that it seems to feel perfectly at home in our terroir, producing a wine that is complexly different. It has the fresh, upfront fruit of the New World with the elegant balance and lower alcohol of the Old—all wrapped in a dark, juicy wine that seems like it was just squeezed out of a dark ripe berry.

Malbec may not be the weirdest grape you ever heard of, but on the North Fork, it’s proving to make some of the most delicious wines you’ll ever taste.