The Wine Advocate follows up on earlier reviews by adding new releases and wines from six additional producers. 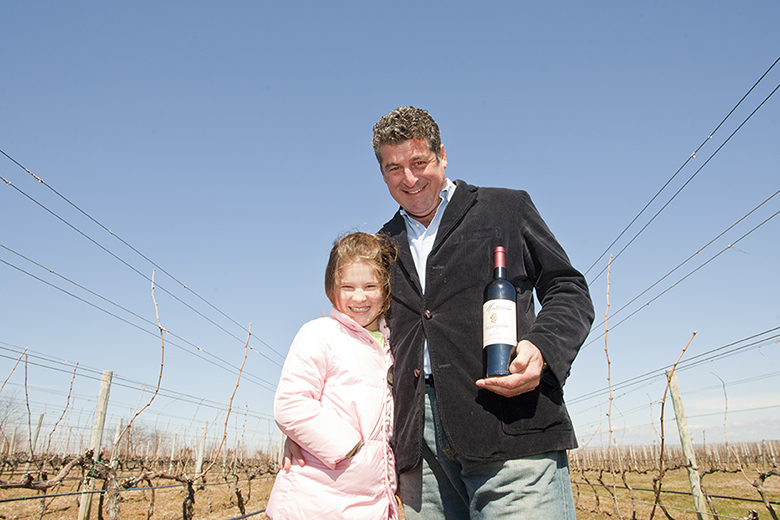 Isabella and Mark Tobin in the Mattebella Vineyard in Southold.

In the end of June, Robert Parker’s Wine Advocate released some of the best reviews of Long Island wine ever for that publication. In the past, a reviewer visited the region once every five years and that was that. The good news is that Mark Squires, who wrote this year’s article and reviews, is taking coverage of East Coast wines seriously, which means, it seems continuously.

To that end, a second round of reviews was released on Oct. 30 and the results are a good as they were last time. The new batch includes some 2013 new releases that weren’t available during his last visit, and six producers not included in the June review: Brooklyn Oenology, Suhru, Mattebella, Pindar, Duck Walk and Diliberto.

In all, 25 wines out of 78 scored 90 or above, traditionally the number you want to see an effect on sales. Paumanok was the big winner with 10 of its 12 wines reviewed scoring over 90. The top scorers were Paumanok Vineyards’ Cabernet Sauvignon Tuthills Lane Vineyard and its Merlot Grand Vintage, both from 2013 and both of which received 93 points. Of the cabernet, Squires wrote, “Simply gorgeous, this has sensual texture and rich fruit — in a subtle way, if I can put it that way — and an impeccably balanced demeanor. Graceful, without a hair out of place, it is drinking fairly well now, at least after a couple of hours of air.” This wine is $75 and is available in the tasting room; 101 cases were bottled. The Grand Vintage Merlot is $40 in the tasting room and 488 cases were made. The wines are available under cork or screw cap and were bottled in large formats: 1.5 liters and so on.

Paumanok patriarch Charles Massoud admits the winery is having a good year with new grandchildren, nice press and better scores. “It’s good recognition for our sons and it’s good for the business,” he says.

Mattebella, one of the newly reviewed, got some good news too. Squires writes, “Mattebella was the most pleasant surprise this issue in producers I hadn’t seen before. … The reds [had] some clear evidence that they can hold and improve notably in the cellar. …Overall, it was a fascinating performance, even in the more difficult vintages.

Mark Tobin, Mattebella’s owner with his wife Christine, grows his grapes in Southold; the wines are made at Lenz under the watchful eye of winemaker Eric Fry. Squires was impressed with Tobin’s Old World Blend giving the 2010 92 points and the 2011 a 90. (The name of the vineyard is a combination of the names of the Tobin’s children, Matthew and Isabella.)

“It’s a very exciting time to be part of a wine region that is getting its deserved recognition,” says Tobin. “We have so many great people producing world class wines, and the scores these wines have been receiving validate the hard work and commitment that has been going on around here for a very long time.”

Also garnering 92s were Paumanok’s 2013 Assemblage, a red blend, their 2013 Grand Vintage Cabernet Franc and their 2013 Apollo Drive Vineyard Limited Edition Petit Verdot. Raphael’s 2013 Primo Reserve also was rated 92. The Primo is a red blend of which Squires writes: “This brand represents the winery’s premium reserve, a blend of the best wines produced only in the best years. It is easy to see why this year. It is the most full-bodied in mouthfeel, the lushest and the most palate-coating this issue. This looks like a fine achievement by Raphael, a touch earthy with more complexity to come in its future. Beautifully balanced and structured, it is fresh, crisp and tasty.”

It’s worth noting that 2013 is a favorite among winegrowers on Long Island, the dry even weather produced immaculately ripe grapes.

In our upcoming holiday issue, I will have an article about the region’s sparkling wines; Squires recognizes their worth. Paumanok’s 2010 Blanc de Blanc received 90 points as did Lieb Cellars 2013 Sparkling Rosé Reserve.

Squires adds some notes about his thought on Long Island malbec. He’s not a big fan. “For the most part, I’ve not found Long Island Malbecs terribly interesting,” he writes. “They seem either too funky and acidic, or too simple, or both.” But he did like two; the 2013s from Raphael and Martha Clara both got 90 points.