The Spirits of Wölffer 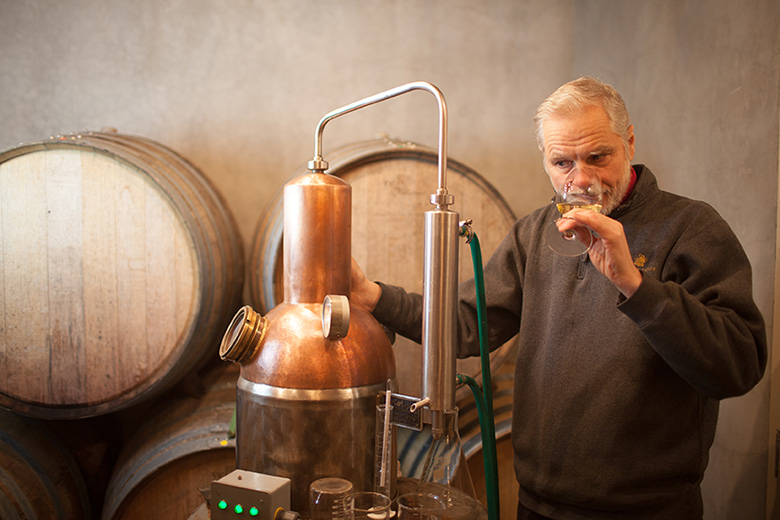 The most popular rosé on the East End isn’t the only thing coming out of Wölffer Estate Vineyard. The winery hopes to release two new spirits, gin and brandy, to add to their artisanal brands of wines and cider.

The real magic happens downstairs, however, hidden from view. In the depths of Wölffer winery, winemaker Roman Roth is like a mad scientist. In addition to creating some of the area’s most sought after wines, he has held secret.

Roth has spent countless hours inside a cubbyhole. Amid massive French oak barrels, stainless steel tanks and boxes of bottles stands a copper and stainless steel still made by Carl, Germany’s oldest distillery fabricator. It may be tiny at 12.5 liters, but it’s a powerhouse. 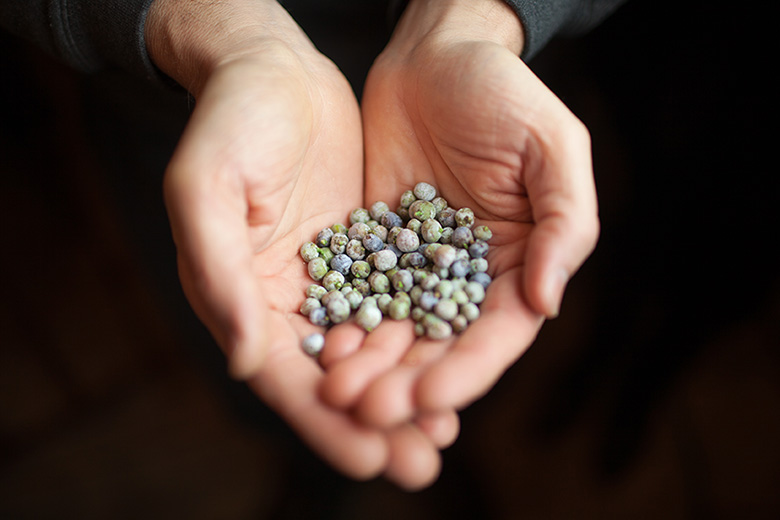 The juniper berries to make Wölffer gin come from the winery’s grounds.

“It’s the Mercedes Benz of distillers,” says Roth, warming up a batch of gin in the pot still. Three heating elements give him “wonderful” control. “In the older days, they’d cook the product right over fire and it would burn. The heat was too intense.”

Eight small glass beakers in different shapes surround the still. This pot must be watched and consistently measured via hydrometer while the alcohol comes to a slow boil.

If it boils too fast there will be too much tail (the end portion of the vapor), lending the alcohol a fattier, oilier structure that gives off more vinegar or acetate flavors. “Those volatile compounds are what give you a headache,” says Roth.

He lets the alcohol drip onto his finger as it comes out of the cooling element, rubs the liquid between his hands and takes a deep breath; the aroma comes alive in his palms.

“During the process, you have a head, body and tail,” says Roth. “Once we start distilling I can make a much bigger cut and throw more away of the head and tail and keep the best part of body.”

He and his assistant can process 1,000 milliliters of body two-hours plus. The alcohol content is 200 proof in the beginning and they stop the process at around 95 proof. 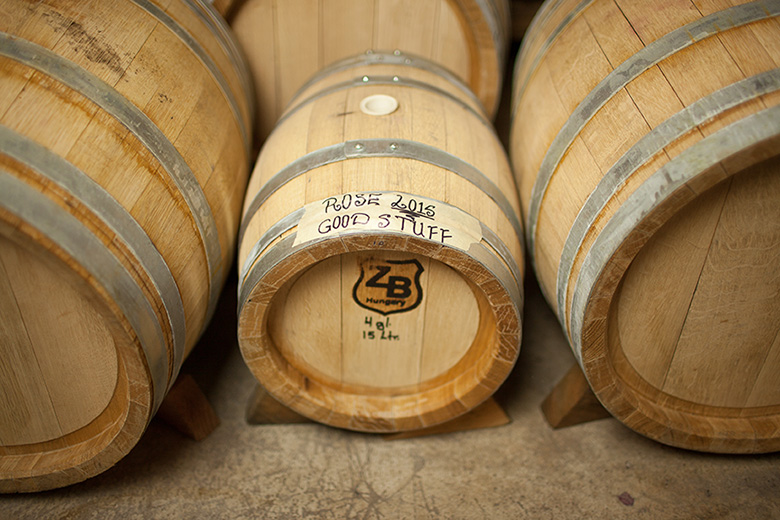 “You literally taste it to get it right,” Roth adds. “You aerate it by sucking some air through your teeth.”

It helps to start with a clean, pure product, and in this case, it is the native juniper berries in the entryway, nice and plump in the dead of the winter. Just outside the front door, Roth plucks a tiny purple berry and squishes it between his fingers before sniffing.

“We just want the aroma. We just distill it. That makes our gin,” he says. “We don’t need to throw anything in. It’s pure flavor, a nice feature.”

Winding around the outside of the building, Roth disappears for a moment and comes out of a warehouse with a glass of aging brandy, made from Wölffer’s block of chardonnay planted in 1990, their oldest vineyard of that variety.

Christian Wölffer started making wines in Sagaponack in 1987; Roth joined him five years later. They bought the still right after the building opened in 1996 so he’s been perfecting his spirits ever since.

The brand goes straight from the still into toasted small green Hungarian oak barrels for about two years. After one year, the liquid has a faint yellow tint at 125 proof. Roth swishes it around his mouth for a bit, spits it out on the ground and declares the “pure warm aftertaste quite pleasant.”

Even in this raw state, oak, fine vanilla, almond and hazelnut can be tasted. As the distillate matures, it leaches out toastiness from the barrel, which includes hints of tar, leather and moss.

The end product will be soft and mellow with age. The alcohol content will have gone down to 82 proof. The color will darken to a golden brown, comparable in quality to French Cognac.

At this point, distilling spirits is still a pet project for Roth. Having all the requirements from the state, the winery is awaiting their federal distiller’s license. The hope is to release less than 1,000 artisanal bottles of gin and brandy by next year, available through Wölffer’s wine club, their tasting room and “the usual suspects,” such as the American Hotel in Sag Harbor.

As we wait with baited breath on the “go-ahead,” from the powers that be, I suspect this magician has even more tricks up his sleeve.