THINGS WE LOVE: The Best Doughnuts

At Wickham’s, the secret recipe came with the machine. 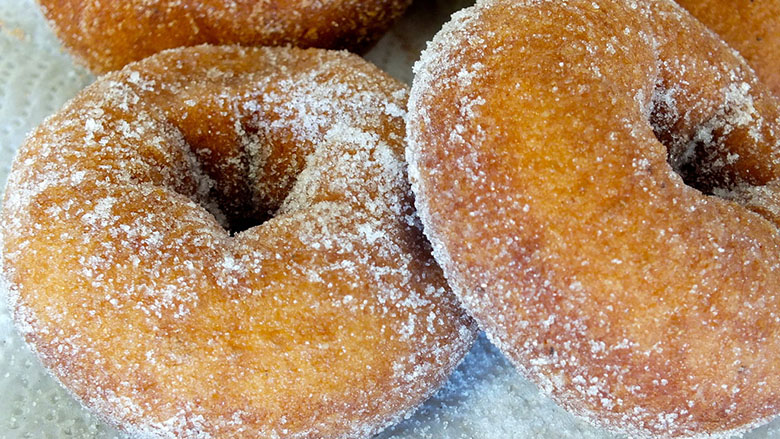 The best cider doughnut you’ve ever had are made at Wickham’s Fruit Farm in Cutchogue.

You’ve seen cider doughnuts on your East End farm stand adventures and surely never pass up on the opportunity to leave with a bag. But, do you know the origins of the farm stand ciderdoughnut? And, wouldn’t you like to know where to find the best ciderdoughnut in existence?

Today’s Wickhams are the 13 generation fruit farmers on 300 acres of what is “some of the oldest continually cultivated land in the country,” according to their website, dating back to 1661. Their cider press, built in 1902, is the oldest press in continued use on the island and still makes, using a variety of different apples, my hands-down favorite cider from the North Fork. If I ever stop in I’m sure to pick up — alongside the cider and doughnuts — some of the freshest raspberries and blackberries. The Wickhams are master fruit farmers.

“‘What is that beautiful aroma?’ They ask and then they realize its doughnuts. They’ve never had such fresh donuts before.”

So how did these fruit farmers come to make the famous doughnut? Gekee Wickham, a co-owner of the farm, recounts a visit her son, Jonathan, made 10 years ago to a retiring farmer in Massachusetts whose Belshaw Adamatic Donut Robot was for sale. After a quick discussion, Jonathan and his father, Tom Wickham, drove to pick it up. The machine came with a secret recipe. The Wickhams are now the keepers of the cider donut legacy. 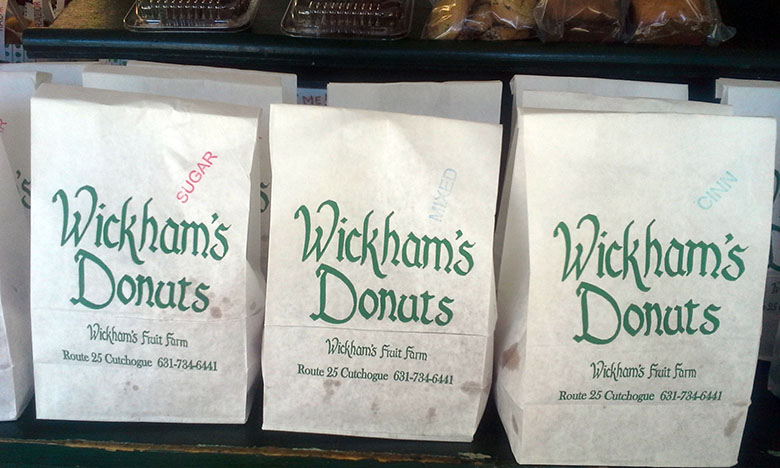 Photo courtesy of the Wickhams.

“We were the first [on the North Fork] to have doughnuts at our farm stand, nobody else had them,” says Gekee Wickham. It sort of took off. They’re super fresh and made right on the farm. At the traffic light at the corner they smell the donuts and then walk in asking, ‘What is that beautiful aroma?’ They ask and then they realize its donuts. They’ve never had such fresh donuts before.” 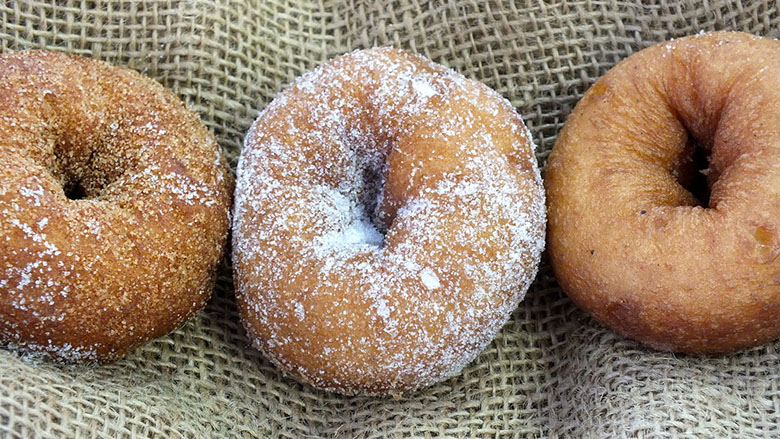 The most popular doughnut flavor — among cinnamon, sugar and plain — is by far cinnamon, says Wickham, whose favorite now is good ol’ plain; she’s cutting back on sugar these days. As for me, I’m with the majority on the cinnamon, which can’t be beat due to its perfect balance of sugar and cinnamon. The donuts come in bags of six; mix it up by getting two of each or a whole bag of your favorite flavor.