The Sound of Beer 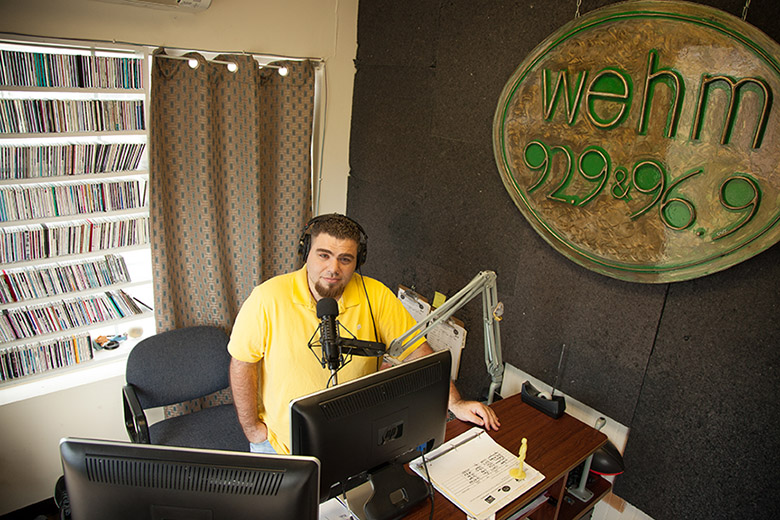 The first time Anthony Cafaro tasted Southampton Publick House‘s Double White Ale, “It was like hearing the Beatles,” he says. “I drank the usual bad stuff all throughout college, so this blew my mind, especially it being from Long Island. I didn’t know beer could be this good!”

Cafaro is leaning over a microphone in the Water Mill studios of WEHM (92.9 and 96.9 FM), a local radio station, as he describes the moment that admitted his palate into a beer paradise full of hops-packed IPAs, brawny imperial stouts aged in bourbon barrels and refined lagers without “Light” in their names. It also serves as a perfect precursor today. Once this chunk of commercials ends, the sharp and self-deprecating host of WEHM‘s Morning Show with Anthony dons a headset and returns to radioland to introduce Breakfast with the Beatles, a daily segment and essentially an excuse to play a few songs from his favorite band. (“Birthday” and “I’m Only Sleeping” are today’s tunes.)

While listening to the Fab Four is always glorious, the reason for my visit is another of his weekday show’s staples: Brews N Grooves. During the 10- to 15-minute bit every Friday at 8:15 a.m., Cafaro recommends a beer—usually locally made, always locally available—and pairs it with a song that “shares a perfect, undeniable vibe.” He often invites brewers and, of course, there is merry on-air imbibing. Since its debut in 2010, and through pairings like Moustache Brewing Co.‘s Rally Beard IPA and the White Stripes’ “Seven Nation Army,” Brews N Grooves has become a platform to promote Long Island’s craft-beer scene.

Cafaro’s audience has responded positively to Brews N Grooves. “I’ve interviewed Jimmy Fallon, Greg Allman, Ed Burns,” he says, “but just as many e-mails I get are people wanting to know more about the guys from Long Ireland [Beer Company].” The brewery’s two owners and frequent guests, Greg Martin and Dan Burke, are local celebrities. “Anytime they’re on the show, the audience eats it up—or should I say drinks it up?”

It seems easy, but the loose, deceptively low-concept piece requires a lot of research, Cafaro says. “I’ve spent a lot of late nights sitting with both beer and music, trying to find an organic connection. There’s a universal language in both that I think people relate to and connect with.” He pauses. “Plus, what’s better than listening to music with a great beer? That’s right. Nothing.”

It’s almost 8:30 a.m. and in a few minutes, Cafaro will return on-air to talk about Greenport Harbor Brewing Company’s new brewery in Peconic, plug some upcoming events at its tasting room, and pair the brewery’s Otherside IPA with the Doors’ “Break On Through (to the Other Side).” “This one was easy,” he says. “It always helps when the beer name matches the song title.”

The Morning Show with Anthony airs on WEHM (92.9 and 96.9 FM) weekdays from 6 to 10 a.m. These are Cafaro’s five all-time favorite Brews N Grooves pairings: 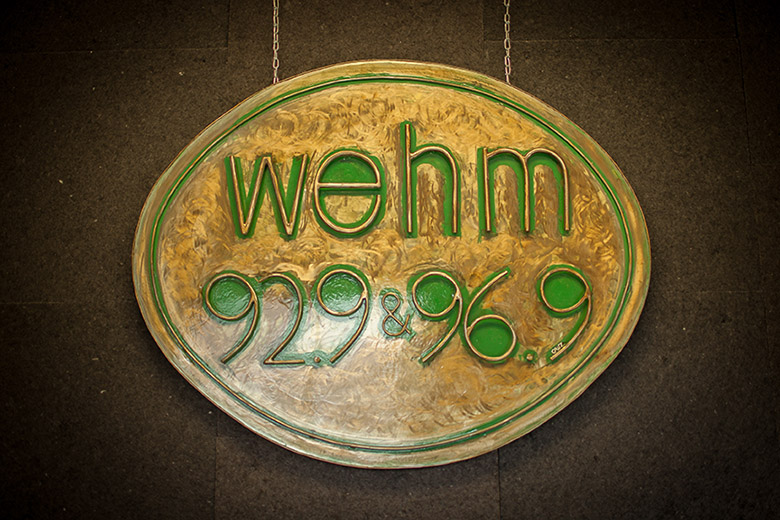 Southampton Publick House Double White Ale / Beatles “Revolution 1“
Yes, I’m pairing a beer named Double White with a song from the Beatles’ double LP, The White Album, but why these two truly work perfect together goes past the obvious tie-in. As I’ve said before, one of my earliest craft-beer experiences was at Southampton Publick House drinking this double-strength Belgian-style witbier; you could even also say it started my beer “revolution.” The song’s happy up-tempo beat mixed with the beer’s citrus and coriander flavors is an exciting experience. Honestly the whole album works better with a growler, but if we’re staying true to Brews N Grooves, then “Revolution 1” is my one song.

Long Ireland Beer Company’s Raspberry Wheat / Hindu Love Gods “Raspberry Beret“
Hindu Love Gods is R.E.M. but with Warron Zevon on lead vocals instead of Michael Stipe. Like this song, which is a Prince cover, Long Ireland’s raspberry-infused wheat ale is crisp, refreshing, fun and a little different, all the qualities in a beer I want when looking for something perfect to enjoy on a long summer day or, hell, any day. Raspberry wheat has that rare quality where it can please both the beer snob and beer newcomer. I think being a cover tune, “Raspberry Beret” pleases fans of Prince and Hindu Love Gods.

Greenport Harbor Brewing Company Otherside IPA / The Doors “Break On Through (To The Other Side)“
It’s the beer, in my opinion, that really put Greenport Harbor on the map, so I’m pairing it with arguably the Doors’ most popular song. I knew the brewery was making good brews, but after Otherside, I felt like everyone knew it, too! There’s so much going on in this IPA—the grapefruit, grassy and citrus notes—it can take you a whole pint of sipping until you figure out everything that’s going on. Same goes for this tune, which best works if you use the Doors’ famous 1970 live version in Boston. It takes all eight minutes of this song to really notice everything the band is doing on that track. The vibe matches and so do the names. Perfect combo!

Brooklyn Brewery Sorachi Ace / O.A.R. “That Was a Crazy Game of Poker“
Rare, Fun, Great! That’s the tie-in here. The lemony, herbal Sorachi Ace hop was developed in the 1970s in Japan but quickly vanished. In 2008 the variety was revived in Washington State. A year later Brooklyn Brewery snatched the rare hop up and, by making a great saison with it, made the hop cool. Dry, complex and thirst-quenching, saisons are one of my favorite beer styles; if you haven’t tried one yet, try this! It pairs great with O.A.R. because rarely do you find a band that gets no radio support to sell out Madison Square Garden. And “Crazy Game of Poker” is one of the greatest party songs ever written.

Sierra Nevada Brewing Ovila Abbey Quad / Depeche Mode “Walking In My Shoes“
Ovila Abbey Quad is heady with aromas of caramel, rich malt and dark fruits balanced by the spiciness and delicate fruity notes of a traditional Belgian yeast. This dark and complex Belgian-style ale is a collaboration between Sierra Nevada and the monks of the Abbey of New Clairvaux. It features sugar plums grown on the grounds of the abbey and harvested by the monks in Vina, Spain. Need I say that this beer is special and not one that can be easily replicated. And I feel the same about Depeche Mode; the deep vocals of Dave Gahan mixed with the dark chords of Martin Gore is something rarely duplicated in music!