Put Down Those Pens and Paintbrushes: Artists & Writers Night is Coming to Almond in Bridgehampton

You won’t need to be an artist or a writer to dine well—and creatively—at Almond in Bridgehampton. 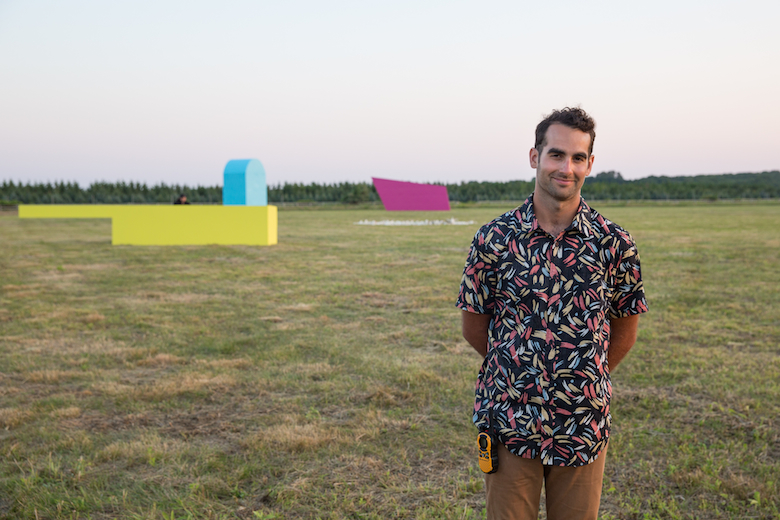 It is no coincidence that palate and palette are homophones. Both are essential to the artist—and both will be nourished at Almond Restaurant’s Artists & Writers Night this fall.

The season will begin on Tuesday, October 13, at 7 p.m. with an event hosted by artist Tucker Marder. The evening will feature a family style three-course menu by Jason Weiner, Almond’s executive chef. The cost is $45, which includes a glass of local wine or craft beer, tax and gratuity. Reservations are required.

I spoke to Tucker Marder recently to get a sense of what to expect. Because even though the East End is known for its beaches, it’s at least equally known for the artists and writers who wet their toes here in the sand. Of course, as any local eater knows, this region is also known for its duck.

And so it makes sense that Marder will be hosting Almond’s first Artists & Writers Night. He, too, is known—at least in part—for this particular class of poultry. 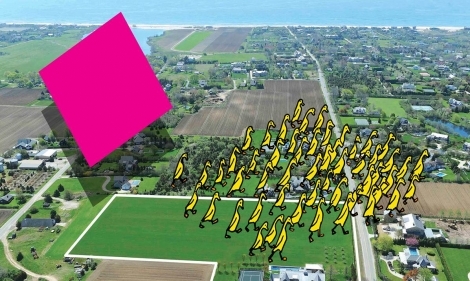 This past August brought Marder’s Stampede!—an inter-species dance with over 100 crested indian runner ducks—to the Parrish Art Museum’s Parrish Road Show. The ducks interacted with geometric, human-powered puppets; the overall visual effect of which encompassed the artist’s thoughts on regional land use and historic trades like local duck farming.

“[Stampede] was the logical extension of a previous project,” says Marder. “At the National Aviary in Pittsburgh, I and a fellow artist collaborated on developing an exotic bird show called ‘For the Birds.’ It was a completely narrativeless, abstract attempt at giving birds agency.”

So how—and why—did he settle on ducks back home? “They’re inherently tragic comedic animals,” he says. “And I’m really interested in ideas of the natural world and humor and conservation and how they exist. Having grown up in Springs,  I spent a lot of time outside. My brothers are all spear fishermen and hunters. They would kill things and bring them home and I would cook it—whatever it was—or make a film of it.”

And so what can we expect of Marder on October 13 at Almond? Well, his ducks, for starters (and entrees, too).

“Yes,” says Marder, “they’ll be serving the ducks from Stampede! They provide an interesting culinary challenge, because they are crested indian runner ducks. They’re kind of scrawny but they taste more like wild duck. There’s talk of a duck proscuitto.”

There’s also talk of a presentation-meets-performance by Marder. “I’m going to give a presentation of my work, yes, but I’m also going to intersperse some performance ideas throughout. It will be a theatrical artist lecture.”

He had me at Long Island duck.

For more information about Artists & Writers Night, or to make a reservation, call Almond directly at 631.537.5665.