Food Memories on the Connecticut Shoreline

Traveling back to her college town for a new job, a writer finds she’s changed in more ways than one. 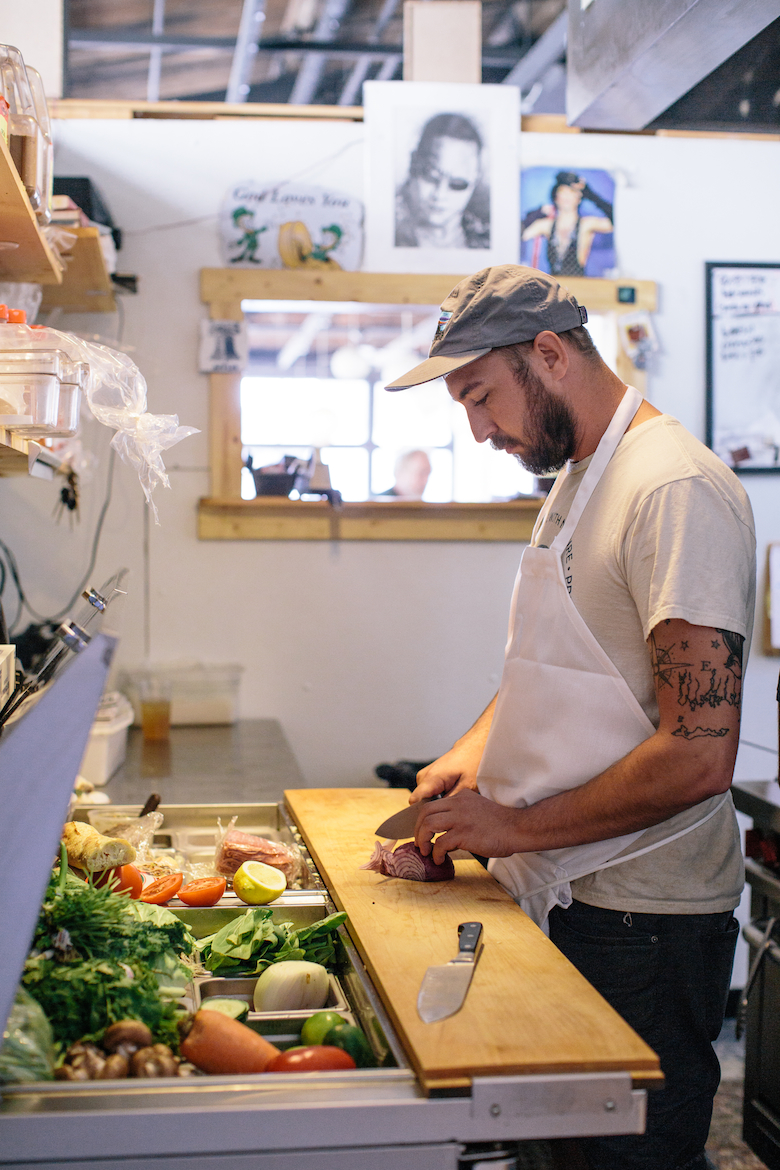 I am on my 12th ferry of the week (I travel to Connecticut College from Amagansett every Tuesday and Thursday to teach fiction and food writing), shoveling in mouthful after mouthful of organic blueberries when it occurs to me how much has changed in the past 10 years.

I last spent time in New London as student at Connecticut College, rebelling against my health nut father, who fed me chickpeas and astragalus root tea and refused me bologna and cake and neon cereal. Away from him for the first time, it was nothing but French fries and fro­yo and strawberry kiwi wine coolers. I gained the freshman 500 in 15 minutes and can barely remember a bite. 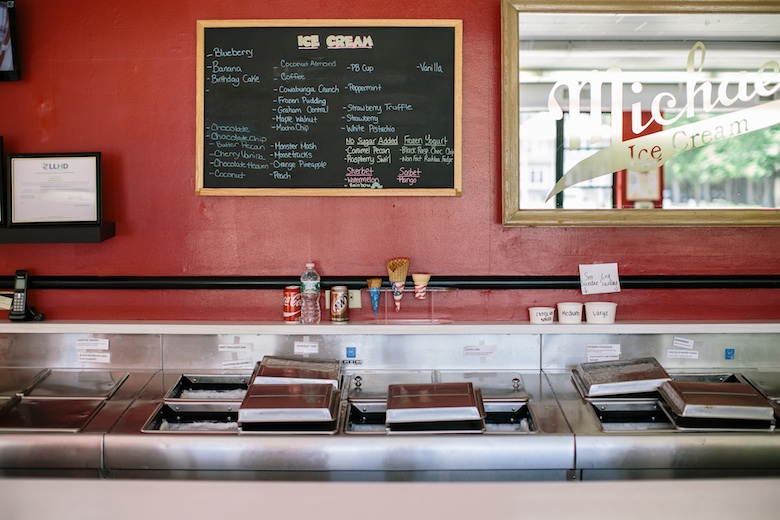 Between then and now, my father passed away, and I’ve totally changed my food tune to align in most ways with his. I published a novel in which food is the core and the healing principle. My husband and I moved from Manhattan to Amagansett, joined Amber Waves’ CSA and Dock to Dish’s CSF. Most days, I can count the non­local components on my plate on three fingers, and most days, that includes the plate. In a surprising and wonderful turn of events, between semesters and as I work on my second novel, food writing has become my bread and butter.

Unlike while I was in college in New London when words like “local” and “sustainable” meant nothing to me personally or professionally, this second time around in New London, they mean everything to both.

I’ve been at the college for three years. My commute involves a cherished routine that includes a latte at North Fork Roasting Co. in Southold (with homemade almond milk from the Giving Room down the street) between the North and Cross Sound ferries. After classes and when it’s warm enough: homemade peach ice cream at Michael’s Dairy or a mayo­less lobster roll from Captain Scott’s, both in New London. Before the ferry back: palak paneer at Northern Indian and a bottle to bring home from the excellently curated Thames River Wine & Spirits on State Street. 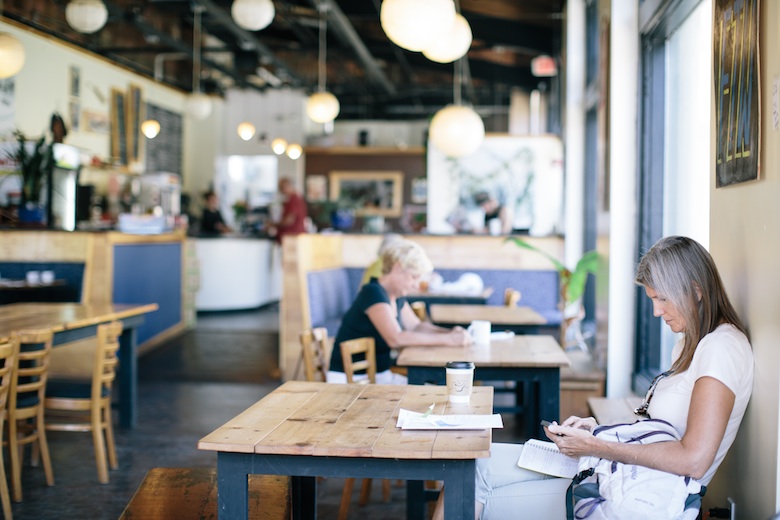 But, that’s the short version. The long version and the truth is that this past winter when the ferries stopped running due to ice and I had to stay over, the New London area became my culinary home away from home. And sometimes, more than that. On the East End, we have high­quality food in spades, but sometimes, shopping and eating out feel like competitive sports. Across the sound, it’s not that way. They’ve got farmers markets and CSAs, and you don’t have to be a billionaire to score a Sunday brunch reservation.

At Fiddleheads Natural Food Co­op, there’s kombucha on tap and raw local milk and goat cheese curds and a bulk department that runs circles around Whole Foods’. The people that work there are kind and spunky and taught me everything I know about Japanese sweet potatoes. But there’s no arrogance, no elitism, which is how they’ve become a fixture in a community that might not otherwise get on board. Something about staying humble and giving back. They have member appreciation days, volunteer opportunities, live music and sale sections worth rooting around in. For every reusable bag you use, you get a Neighborly Nickel, which can be donated to the Connecticut Humane Society, New London Breakfasts or Habitat for Humanity. Keep driving and Habitat for Humanity is building houses up the street. 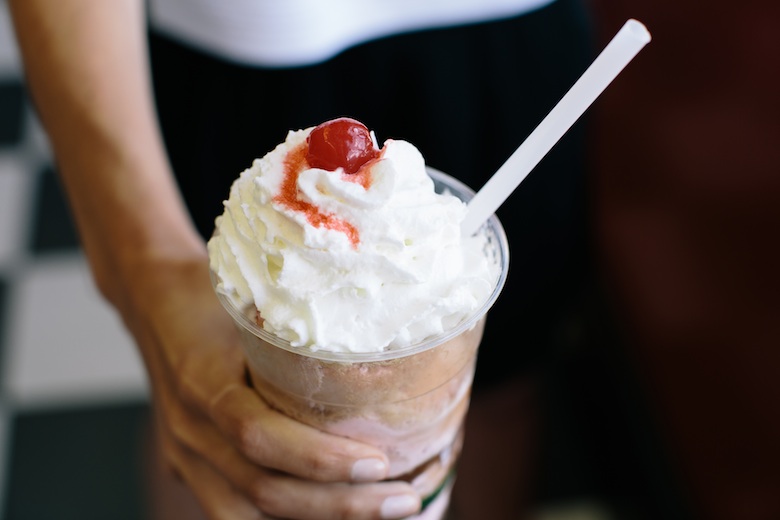 At Washington Street Coffee House, I once had $2 taco night next to a homeless guy who told me I had goat cheese on my face. “Toto,” I thought, “we’re not in Amagansett anymore.” The husband and wife team makes their own bagels and jalapeño hot sauce and granola and coffee ice cubes, and a man in muddy boots daily drops off duck eggs at the shop’s tiny open kitchen in casual exchange for miso soup. Specials include blackened frog legs or curried goat. And what a lovely thing, I think, that they don’t make a scene of all the local and organic stuff they’re using. They just quietly, humbly feed their customers well. When I noticed that there was more of their green curry than red pen on my students’ papers, it occurred to me that I, too, had been fed well and had found a soft place to land.

This past semester, I taught a food­writing course and I often asked my students to close their eyes and imagine a food memory. So much of what we did involved setting: grounding an image, giving memory context. Now, I do it. Sometimes, I see Gosman’s in Montauk and sometimes I see my husband on our deck slicing black bass paper thin. But sometimes I see my favorite places across the sound, and what a gift, I think, to have both: a staycation or vacation in two spots, depending on whether I’m going or coming or somewhere in the middle.