Gastronomic flights not only expand the palate, they expose travelers to what makes Edible so readable: the stories of people who make our food and drink. For without them, we might as well stay home. 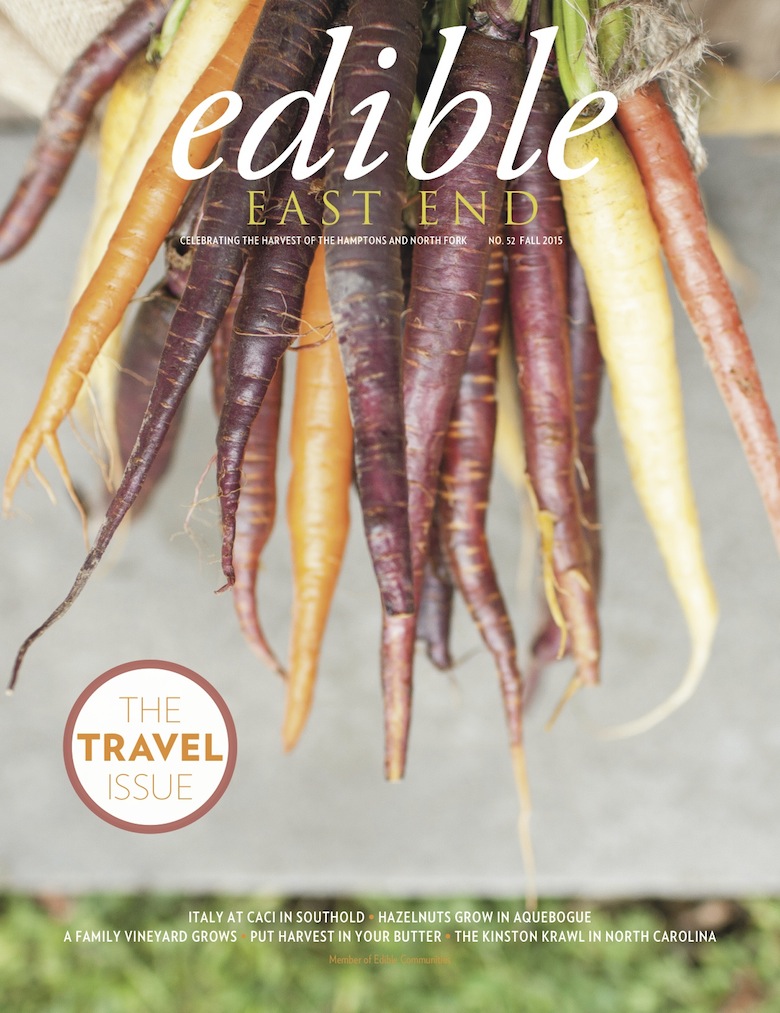 Just as winemakers can develop “cellar palate” from tasting only their wines, the most dedicated chroniclers of local food, Edible staff, must expand their horizons by leaving home. But not all travel is created equal. It doesn’t have to involve crossing time zones but should illustrate new gastronomic experiences: fruits you’ve never tasted, wines you’ve never sipped, cheese you’ve never smelled.

That’s why we look forward to our annual issue of Edible‐approved trips—near and far—seen through the eyes of Long Islanders. Who better to get travel advice from than your neighbors? Folks who speak the same food language as you do, recognize the same ingredients and have the same seasonal highs and lows.

They are also likely to follow paths you frequent. On the Cross Sound Ferry to leaf peep or ski up north? Listen to Amagansett resident novelist Jessica Soffer, who has found a food home in New London, Connecticut, where she sates her hankering for strong coffee, tacos and oysters, not to mention a source for kombucha on tap and raw local milk and goat cheese curds. “What a gift,” she writes. “I think, to have both: a staycation or vacation in two spots, depending on whether I’m going or coming or somewhere in the middle.”

Or just jump on the Long Island Rail Road to Long Island City, where a brewery crawl will yield unexpected delights, as our beer columnists, husband and wife team Alicia Valeo and Kevin Breslawski, recently found. A staycation agenda can be more than adequately filled by the artisans, farmers, fishers, producers, restaurateurs and joint owners profiled in T. W. Barritt’s new book, Long Island Food. Or visit old Greece by peeling back the foil lid of a pristine jar of Nounós yogurt, made in West Babylon.

Further afield, photographer Doug Young participated in the Kinston Krawl, a tour of the revitalized North Carolinian town that thrives on eating local. Eating local is easy in Italy, as Eileen M. Duffy found on a harvest season trip to Montefalco, Italy, home of the famous wine Sagrantino di Montefalco.

Speaking of Italy, a nut farmer in Aquebogue has a dream that one day his hazelnut orchard, filled with varieties developed in the States, will help supply the confection behemoth Ferrero SpA, based in Alba, Italy, and wind up in Nutella.

Gastronomic flights not only expand the palate, they expose travelers to what makes Edible so readable: the stories of people who make our food and drink. For without them, we might as well stay home.