A Long Time to Grow a Long Beard 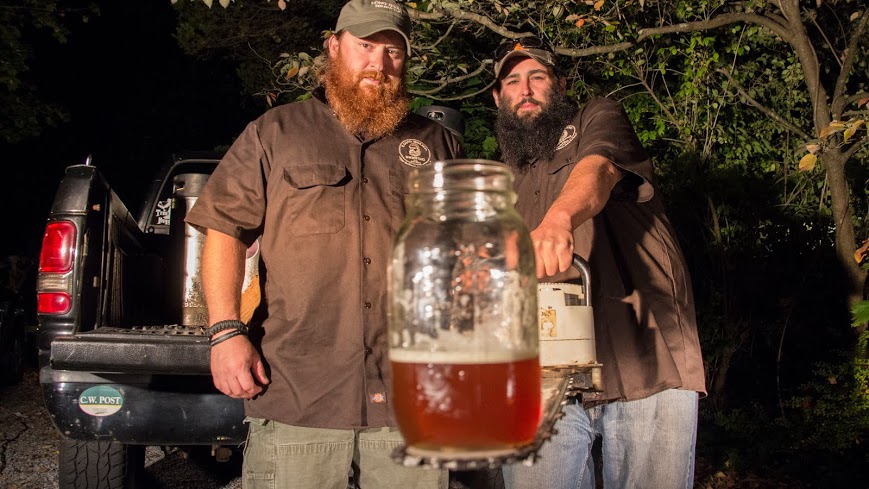 Paul Carlin, left, and Craig Waltz will be opening a brewery with a tasting room for their beer company, Long Beard Brewing.

Long Beard Brewing is about to become the latest brewery in Riverhead, but they’re hardly new to the game. Upon laying eyes on the old 2nd Street firehouse over a year ago, Paul Carlin and Craig Waltz, the founders, brewers and owners of Long Beard Brewing stopped their location search and knew it would eventually be their home. Now, after signing a lease, permits are being filed, plans are underway and a 1,000-square-foot tasting room is in the works. The men hope to open next St. Patrick’s Day.

The pair officially formed their company in 2012, but met years earlier while working as boat mechanics. They each have a brewing background and Waltz even spent some time interning at neighboring Long Ireland. He is also a carpenter by trade and plans to have a hand in construction.

“Now that we’ve got the building, everything is kind of going into warp speed,” says Carlin. “Besides a firehouse, this place was built to be a brewery.”

The high, 14-foot ceilings give the brewery a unique opportunity to expand upwards when the time comes. For now though, they are starting with a minimum five-barrel brewing system and two flagship beers: a pale ale and IPA. “They will sell best outside the brewery,” says Carlin, adding that they aim to be on tap in restaurants and bars across the island. Additionally, their beer will be available at beverage distributors in 22-ounce “bomber” bottles.

The tasting room will offer a wider selection of experimental styles, such as Long Beard sours and bourbon barrel aged beers. “We’ll pretty much have a beer for every palate,” says Carlin.

Long Beard Brewing is at 24 East 2nd Street in Riverhead. Stay tuned for news on their grand opening.