At the Common Table With Quail Hill Farm. 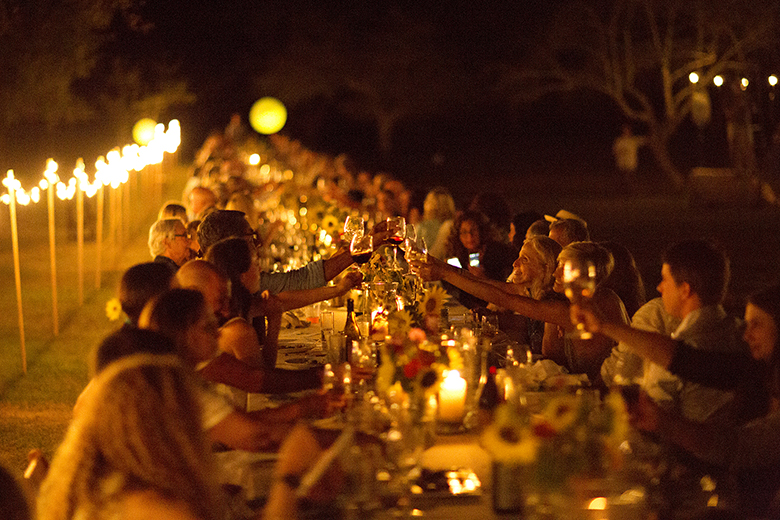 One of the most pleasant evenings I had this summer was at a fundraiser for Quail Hill Farm, a nonprofit CSA on Peconic Land Trust land in Amagansett. (The woman who donated the land, Deborah Ann Light, recently died. Read farm director Scott Chaskey’s appreciation of her here.) A table long enough to sit 250 people was set up in the farm’s orchard and then filled with local food made by local chefs from local ingredients from a cooper wood burning oven a few yards from the table. Much of the food came from the farm and the rest was donated: like a big big-eye tuna from Dock to Dish, oysters and clams from Stuart’s Seafood Market and wine from Channing Daughters.

Before the meal Chaskey recited a poem from which the dinner is named:

Not because of victories
I sing, having none,
but for the common sunshine,
the breeze,
the largess of the spring.

Not for victory
but for the day’s work done
as well as I was able;
not for a seat upon the dais
but at the common table. 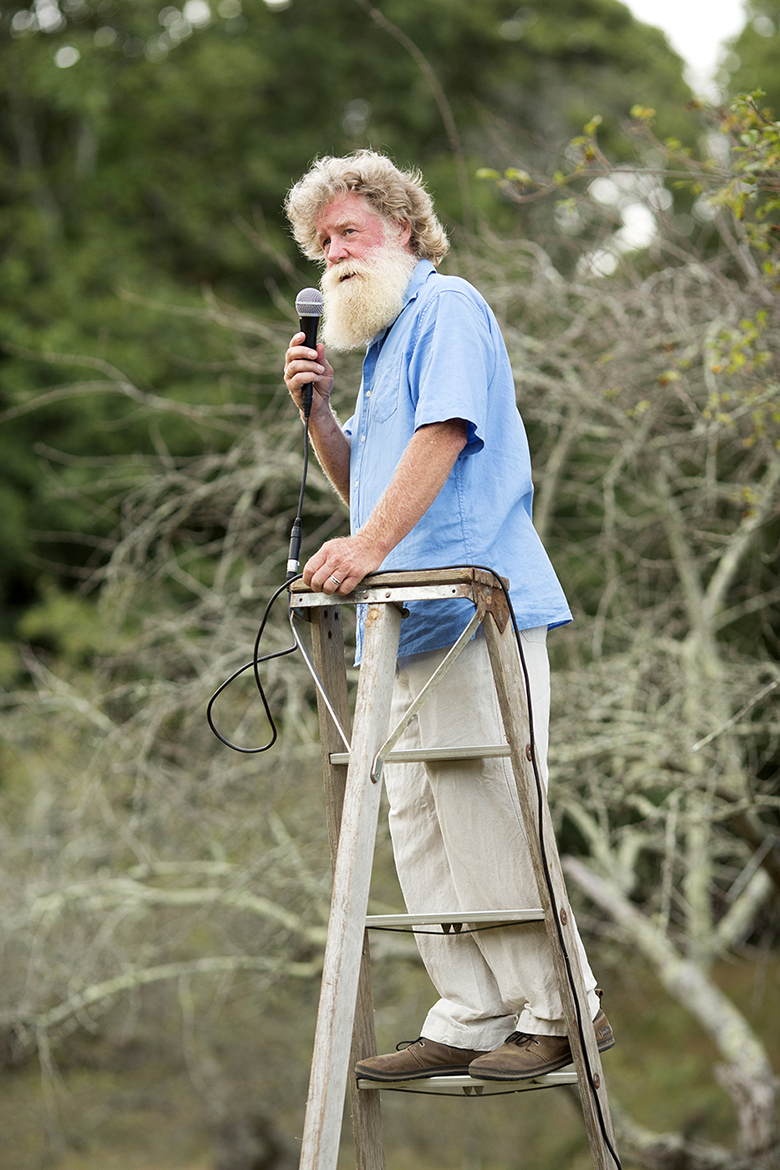 It was beautiful night, and the food was delicious, but what really stood out for me was the charred eggplant and onions with kale gremolata by chef Jeremy Blutstein of East by Northeast in Montauk. It was so good, I called him for the recipe.

Blutstein is local too. He grew up in Amagansett, went to East Hampton High School and has been in a kitchen since he was 14. His first restaurant job was at the Farm House on Pantigo Road, as old timers will remember it. It’s now Moby’s. The ingredients for his dish all came from Quail Hill, he says, but at the restaurant he uses produce from Balsam Farm, just down the road. He’s know Alex Balsam since first grade. “I grew up sledding on that hill [at Quail Hill Farm],” he says. “It feels like it came full circle.” 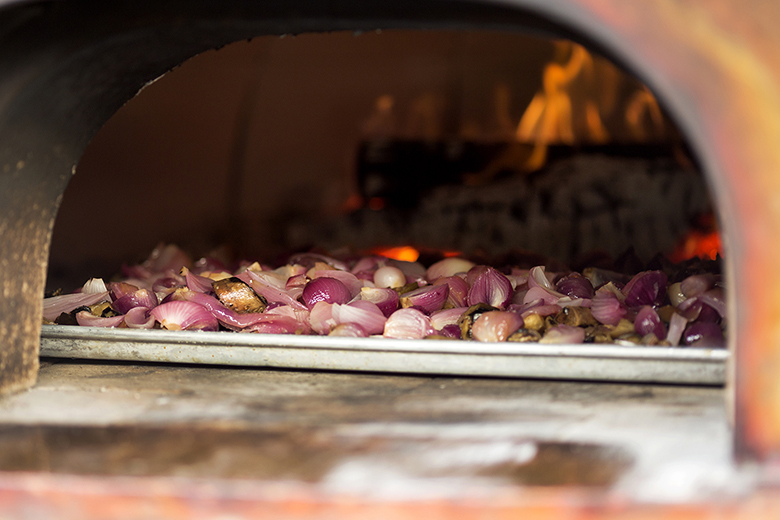 Eggplant and onions roast in the wood-fired oven.

I’m reprinting Blutstein’s recipe, with editing for clarity, as he sent it to me. It’s a fun read, but the length makes it daunting. Don’t be daunted! Cook some eggplant this weekend.

This seasonal vegetable side pairs well with seafood or grilled meats. The amokiness of the charred eggplant becomes balanced by the acidity of the onions, because they are butter braised with 20-year-old sherry vinegar. The kale gremolata brings it all together with lots of herbs and spicy raw garlic.

Two pounds of eggplant stem end removed and cut into large dice. (Traditional black eggplant can be used, although at the restaurant I’ve been using beautiful Turkish eggplant from Balsam Farm)

One pound of cipollini onions washed and peeled. (Leave a small amount of the root end intact; it will help hold them together during the cooking process).

Any onion can be substituted for cipollini. I prefer using red onions because they ey present a beautiful color contrast with the eggplant.

In a medium sized sauce pot or Dutch oven melt 6 ounces of butter, add the whole cleaned onions and cook on medium heat. Allow the onions to caramelize slightly on all sides by moving them every so often but be careful not to break them up as they become softer during the cooking process. After the onions are caramelized and have begun to soften add a health 3 ounces of good Spanish sherry vinegar. (I’m using a 20-year-old one at the restaurant.) Let it reduce slightly with the onions and butter. Season with salt only; remove from the heat and let cool. Once cooled halve or quarter the onions into bite sized pieces.

To assemble the final dish:
Combine and reheat eggplant and onions. Season with salt. Spoon gremolata over the top and finish with crunchy sea salt and a few pinches of fennel pollen.