Light’s legacy is 220 acres of preserved land that includes a nonprofit organic farm. 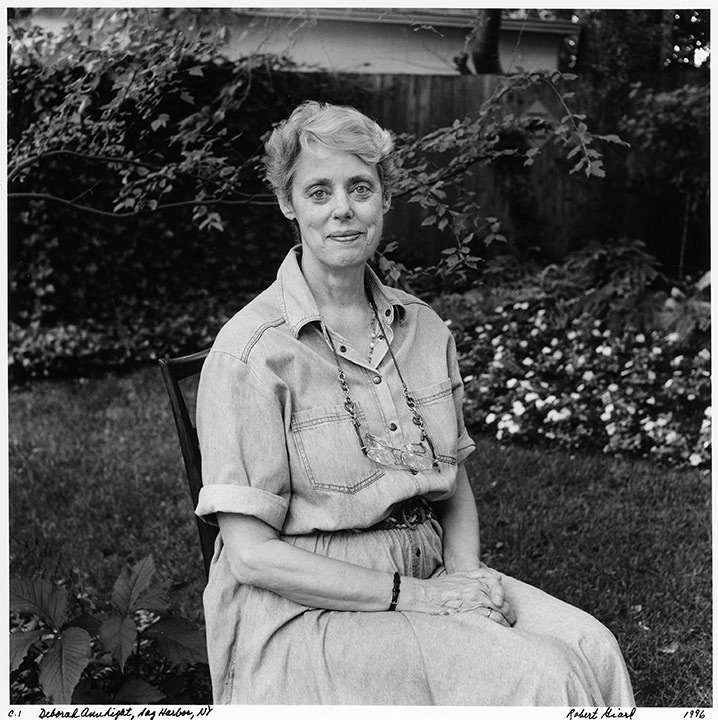 The cooperative farm in Amagansett, Quail Hill, is an important part of the foodshed of Long Island. Not only did it have one of the first CSA in the country, it also includes its members in the harvest. No weekly boxes for them; they have to go in the field and pick their share. The farm is owned by Peconic Land Trust and has been run as a nonprofit with Scott Chaskey as its director since the beginning. In July Deborah Ann Light, who donated the land on which the farm rests, died of cancer. Below, reprinted with the permission of the land trust and Chaskey, is his remembrance. To learn more about the farm and to sign up for its newsletter, click here.

I have told this story at Quail Hill Farm so many times over the years it must be woven into the textures of our fields. About five years following her donation of 220 acres of land to Peconic Land Trust, in 1994, Deborah Ann Light was diagnosed with lung cancer; she was told she had six months to live. She had a strong desire to settle her estate, so she set in motion a really great gift to the trust, and to all of us: the donation of her remaining farmland, totaling almost 200 acres, the farmland and woodland that we have stewarded for 20 years now. Until now I would end the story with this: “And she is still alive!”

Although Deborah passed away on the 21st of July her legacy is very much alive at Quail Hill: in the beech and holly, sycamore and oak, applewood and milkweed, the daffodils and narcissi that return every spring in pockets in our woods. The legacy of this great lady — “who was known to enjoy making an entrance” — extends far beyond north Amagansett, but we are perhaps at the center of it. I was lucky enough to have shared many conversations with Deborah over the years; the subject was always the canvas immediately before us: the natural world. (Deborah wrote, in a forward to our cookbook: “And now is the time to remember for always/the succors of life: wind, sun, rain, and earth.”)

“And now is the time to remember for always/the succors of life: wind, sun, rain, and earth.”

When I asked her how it was she survived so long beyond the rather stark medical prediction she replied, “Prayer.” Not her own prayers, but those of a community that will always hold reverence for the wisdom of the earth.

Visitors to Quail Hill often comment on a certain quality that informs the place, something it was our good fortune to inherit through Deborah, an inspired quilter: magic is woven into the fabric of our fields.

In my 2005 book, The Common Ground, I wrote this about our “hedgewitch” philanthropist:

“The rock that celebrates Deborah Light’s gift of land is there, not far from the spreading limbs of a pin oak tree we planted in 1990. When the idea for a plaque was suggested, I searched the woodlands surrounding Quail Hill for the rock that would sing. I found it on a neighbor’s land — six hundred pounds of granite — and he agreed to surrender the rock to honor Deborah. We moved it half a mile to where it now rests, by some miracle of tractor and trailer, and will. I remember having a certain lack of confidence in the procedure, and also my thought, “Will she like the rock?”

She does. The inscription reads:

In recognition of her love of the land
And her generosity to the community.

With the rock in place, secure on a new pillow of silt loam, Deborah is still engaged with this place. Speaking from near Main Street, Sag Harbor, her new home, she told me, “At one time, out for a walk, if I would climb Quail Hill and crouch down, and, if I really squinted with my eyes and looked out, I owned all the land I could see.”

Today I happened to read in a book by the poet Lorine Niedecker some words that have relevance:

Black Hawk held: In reason
Land cannot be sold,
Only things to be carried away…

Deborah gave her land away because she did not consider it solely “hers.” Land is not, as we have come to value it, only a bundle of rights; it is, as the conservationist Chuck Matthei, and before him, Native American elders, pointed out, a complex web of relationships. Deborah is linked to the land within that web, and we are entwined with the filament.

I remember her almost daily as I work with the land, because her gift is everywhere revealed: in the circus of blossoms that covers the hill, the stand of cedars in the center of the valley, in the heartwood of the beech trees. The granite stone bearing words honors her, as do the people who come to harvest from the land. She is, I believe, inextricably linked to the whole web of relationships that indigenous humans have honored for millennia. Common to this ground, one among many:

I speak from the hill near to the sea:

*My translation, suggested by the “Alphabet Calendar” of Amergin, sometimes considered to be the first poet of Ireland.