September Is the New August: Eggplants, Brussels Sprouts, Oysters and other Things to Enjoy

Just a few of our favorite things to get you through the season of eggplants, Brussels sprouts and oysters. 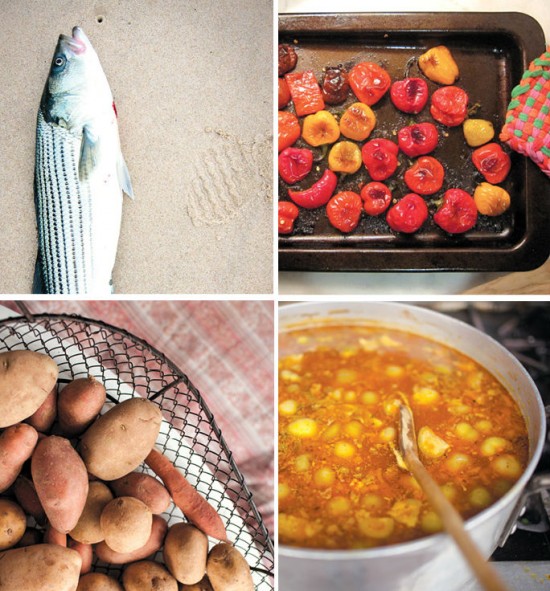 Bass, potatoes and peppers are just some of the bounty available in September.

We have heard just about as many wistful, summer’s-almost-over comments we can take. So we’re casting the gauntlet! And turning the whole seasonal sadness on its head. We prefer to think of this time of year as the beginning. September, as East End locals know, is a glorious month with a warm ocean, balmy days and overflowing farm fields (see our very long what’s in season list for fall). And with the crowds thinned, we can all get back to a slightly more civilized pace of hitting favorite haunts that are open year round. Because while there are a few summer pop-ups we can’t miss, we do most of our feeding at farm stands and restaurants open well into winter. For these places, September actually and truly is a new season!

This, is admittedly, a Sag Harbor centric list. Send us your own September is the New August favorites for food, drink and other wonderful experiences. We’ll share them with other readers.

Cooking by numbers. September means it’s almost time for Brussels sprouts two ways, which is just one of Almond restaurant’s many numerologically explained offerings. Count that along side eggplant three ways, Dock to Dish many ways, duck five ways and goat four ways (for their winter time pop-up series Artists and Writers) and kimchi several ways (an unexpected menu addition that has — thank goodness — shown up so far in egg rolls and tacos). as well as the 11-lettuce salad from microgreens mogul Good Water Farms. “Think of it as ‘variations on,’” said Jack Sullivan when describing the tomato salad of no less than eight heirlooms from Marilee Foster.

The first R month. Don’t forget September’s the traditional start to the cold-water oyster lover’s season. Which is just one more good reason to get yourself to Little Creek Oyster, the bait shop turned mollusk mecca where you can also sip beer, slurp chowder, munch pickles and enjoy the working waterfront. 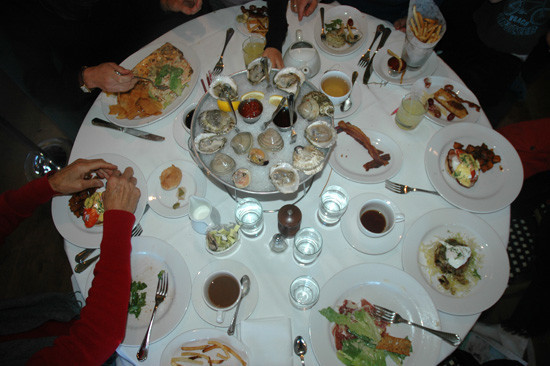 The Bell and Anchor on Noyac Road offers up Montauk Pearls by the dozen.

Squid with dressing. This August I was pleasantly surprised when a squid salad arrived at the table at Bell & Anchor. With carrots and a nutty looking dressing, it reminded me of a favorite squid salad from Vine Street Cafe on Shelter Island. I was pleasantly surprised when it was its own warm and wonderful dish of cephalopod rings, mayo and carrots. Bell & Anchor also does local oyster specials throughout the week. 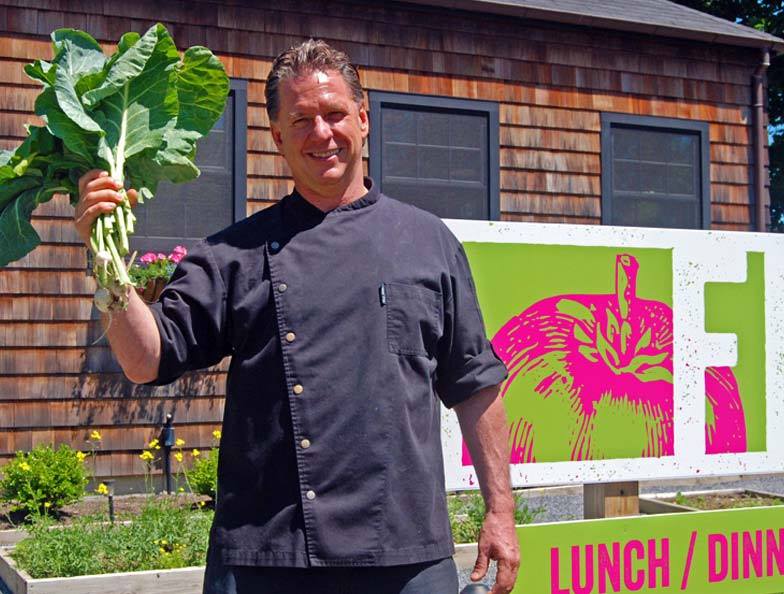 At Fresh in Bridgehampton, the kids menu is multi-course, veggie-forward and well-rounded.

Bring the kids. When eating with kids at bustling restaurants, go early, leave early. Kids menus are their own sort of double-edged sword: often helpful but generally disappointing. Which is one of the reasons we dig Fresh, Todd Jacobs roadhouse-with-veggie patch between Sag Harbor and Bridgehampton. Fresh’s kids menu front-loads the soup (often chicken noodle) and veggies (carrots, hummus, cukes), but it’s time for the appropriately sized (and always gluten free) sliders and meat tenders. 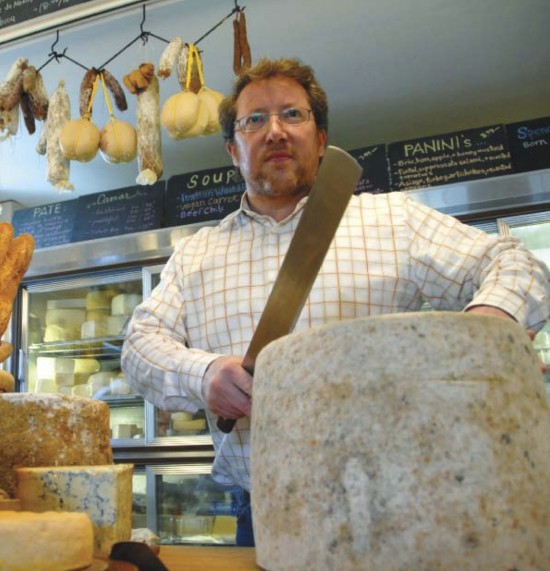 Francophile turophiles. On a recent visit to Cavaniola’s, the Sag Harbor cheesemonger with serious American cheese roots and a cult following, two members of the cheese-wise staff were speaking French with two different French-speaking shoppers. The next couple in line were also speaking French. Well, we all know how the French care about their cheese. But I was mostly impressed by the fact that the staff is all polyglots. I shouldn’t have been. I trust Cavaniola’s product curation par none; I learned about Backyard Brine, Big Spoon nut butters from North Carolina, Pleasant Ridge Reserve cheese from Wisconsin before it became the most celebrated cheese in America. For lunch, try one of their daily paninis and stock up on their other pantry picks. 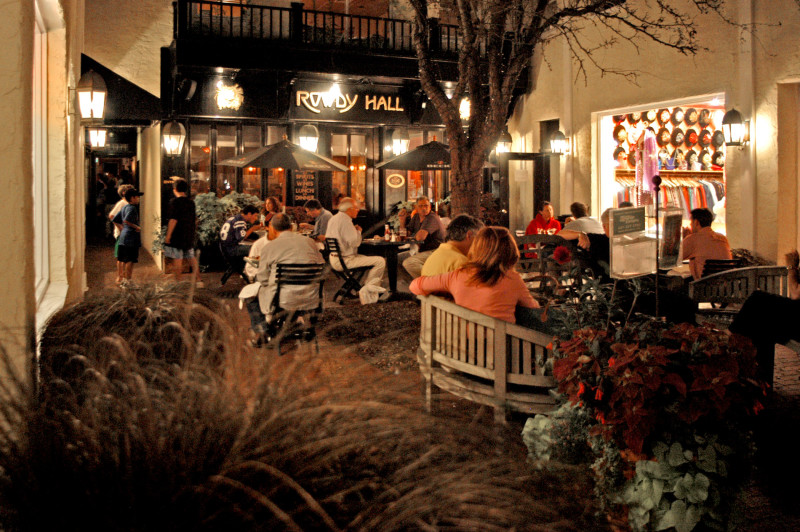 Rowdy Hall’s bar is cozy for a drink and there’s also seating outside on warm September evenings. Courtesy of Long Island Restaurant News.

Rowdy, rowdy radishes. You may think of Rowdy Hall, the back alley treasure on Main Street in East Hampton, as simply a good beer bar. But because this pub is part of the group of restaurants helmed by chef Joe Realmuto, it benefits from the same insider connections to the South Fork’s best farms and dishes up crispy eggplant fries, butternut squash pierogi and  a particularly nourishing fall salad that sometimes contains upwards of seven different vegetables. Consider pairing it with the clams casino and the ESR (or Extra Special Rowdy beer), a monthly rotating, limited edition tap from a partner brewery.