After living with ALS for four years, a mentor to many succumbs to the illness. 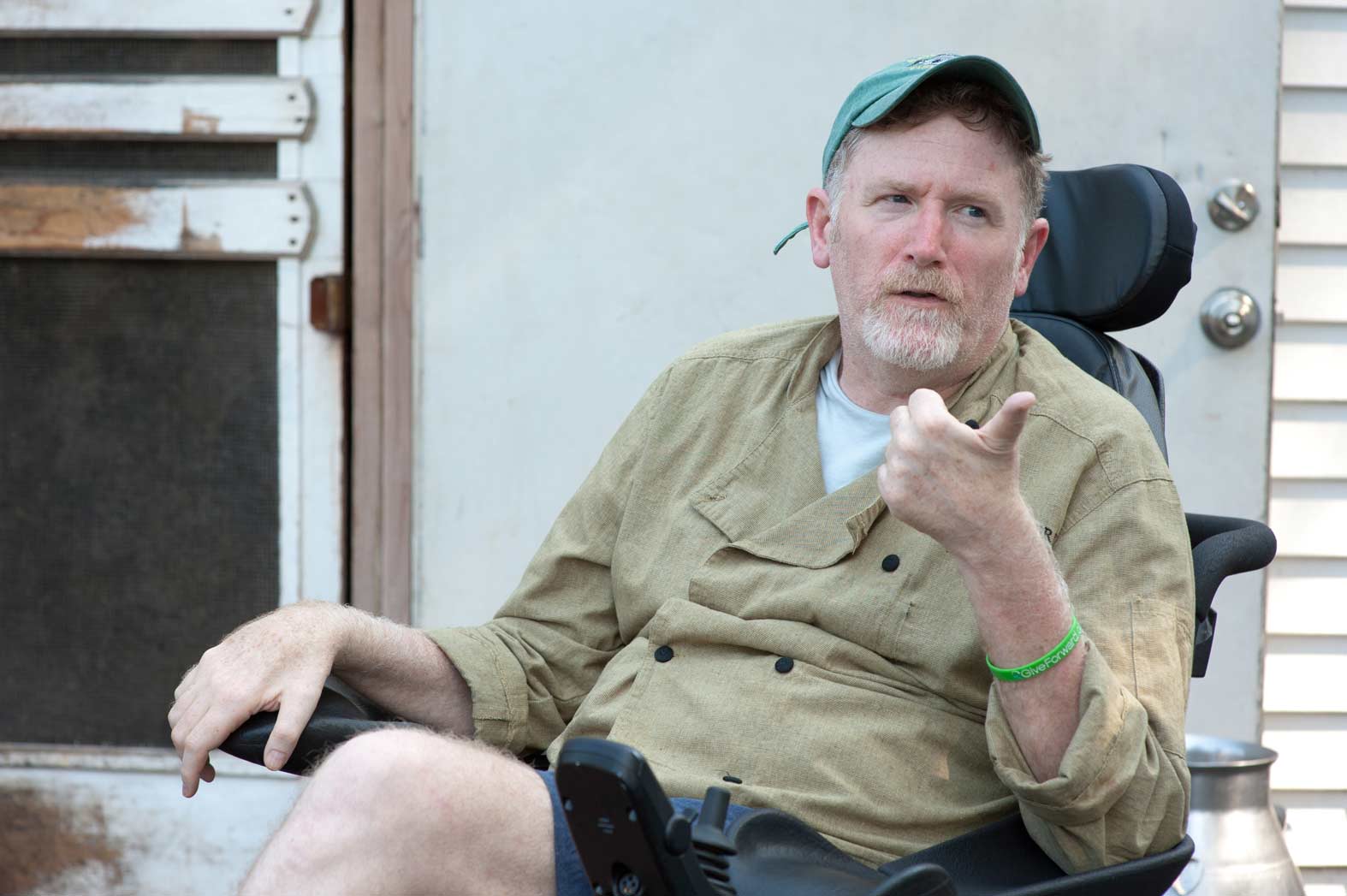 One of the forces behind the latest revolution on the North Fork dining scene, chef Gerry Hayden died today after living for four and a half years with amyotrophic lateral sclerosis.

Hayden, along with his wife, Claudia Fleming, and partners, Mike and Mary Mraz, opened North Fork Table & Inn in 2006. He was nominated for the best chef, Northeast, award by the James Beard Foundation three times and was a mentor to a flock of chef and service professionals that have gone on to populate the North Fork’s restaurants, winery tasting rooms and coffee roasteries. In effect, serving as an usher to our food and wine region as we know it today.

I wrote an article about Hayden and the restaurant for our High Summer 2013 issue, two years after he had been diagnosed. But I first met him in the ’90s when he was the chef at East Hampton Point and I was a waitress. It was a big catering operation and at night, when we were breaking things down, he would take the mic left over from the band and do a Bobcat Goldthwait impression, cracking jokes, to help the time move faster. It was funny.

And last year in February, Slow Food East End held an event at Kontokosta Winery to raise money to help him and Claudia and their nonprofit, A Love Shared (after the letters ALS), provide money for research on the disease and help them cope with the cost of living with the disease. And, I will never forget — it was the only time — when Hayden was accepting the first Carlo Petrini Award (named after the founder of Slow Food), he thanked the farmers, cooks, winemakers, brewers and food writers that helped to enrich the region. I’ve been writing about food and wine on the East End since 2003. I was floored. He was that kind of thoughtful. 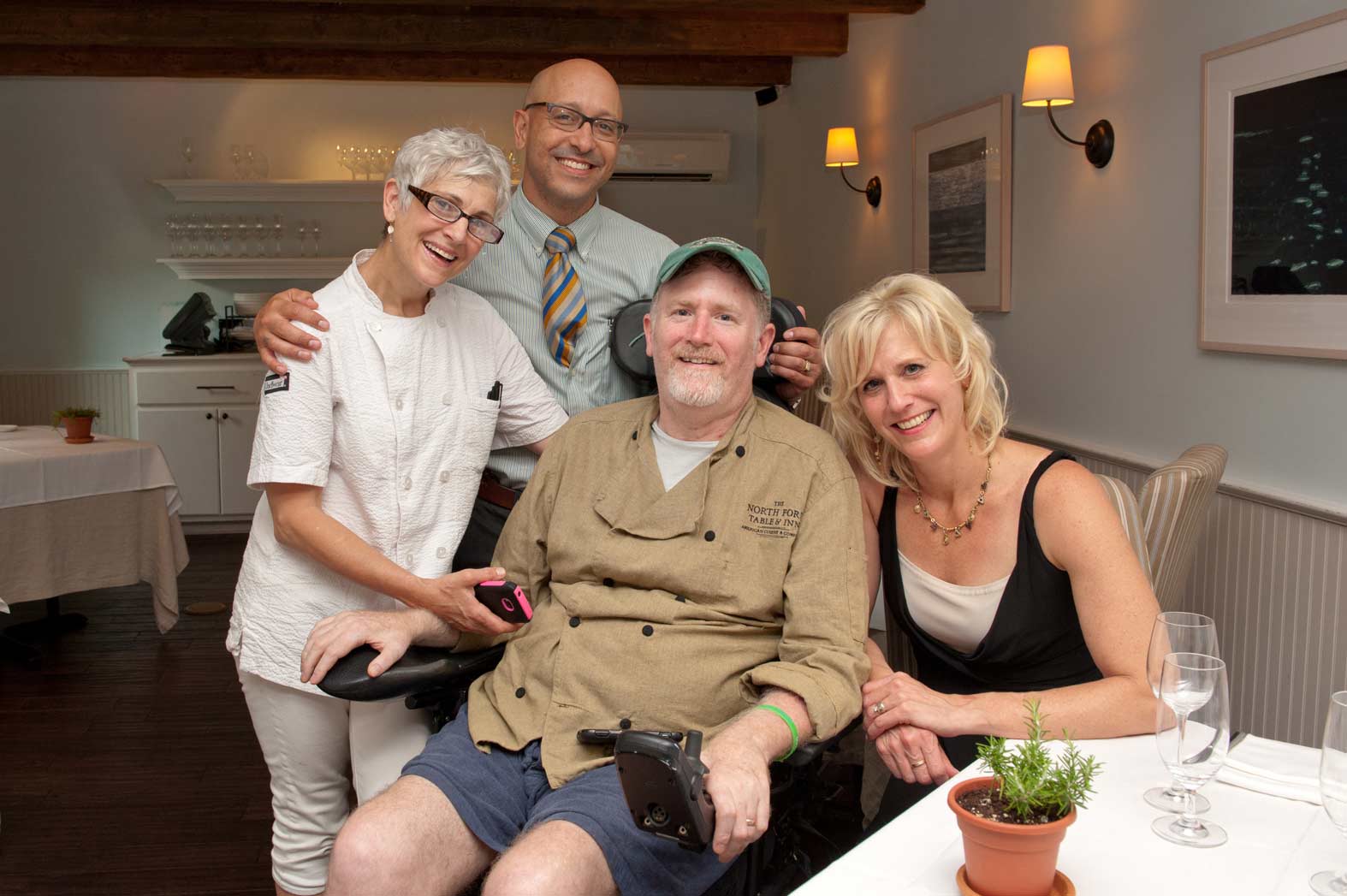 Kevin Penner, former chef at Della Femina and 1770 House in East Hampton, first met Hayden 20 years ago, when Drew Nieporent owned Della Femina and East Hampton Point. Hayden was still working in the city at Park Avenue Café with chef David Burke. “He was a chef’s chef,” says Penner. “The one that did that part of dedicating yourself to farm to table and using whole animals; that’s what chefs do. You pick out your protein and your produce and have direct involvement before it gets into your coolers. And he was endlessly creative. I remember in 1995 he was talking about a boneless lamb shank. His mind was always working.” After Penner retired, and Hayden was already ill, he started helping out in North Fork Table’s kitchen and conducting cooking classes with him called the Sessions. The lessons incorporated jazz.

In addition, Penner says Hayden’s dedication to buying whole animals and breaking them down, while old school, added to the difficulty of maintaining continuity. “When you’re buying steers from McCall or sheep from 8 Hands or chickens from the Browders, you can’t depend on getting everything the same size. Somehow you’ve got to make it work.