Do everything you can to eat as much corn before it’s gone. 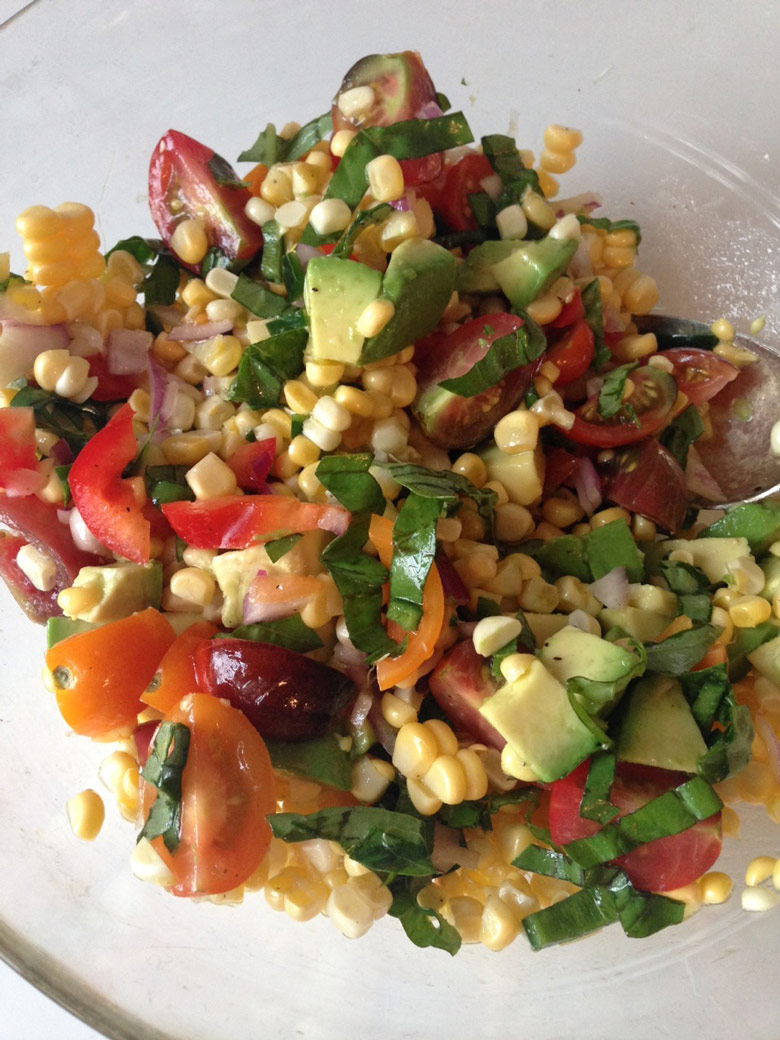 Mystery pepper. Do everything you can to eat as much corn as possible.

At my favorite local farm stand, Serene Green in Noyac, the corn is spectacular. Corn everywhere in the Hamptons had a dull start this year, to be honest, probably due to polar vortexes, droughts, floods, etc. But now it’s sweet and popping with flavor. A simple grilled corn (olive oil, sea salt, wrapped in foil and thrown on the grill) is always a delight. So is a lightly steamed or blanched cob with butter. Never boil corn! My favorite way to eat corn lately is in a salad, raw.

This past Friday, while at the Hayground Farmers Market, I was given something special by the lovely Sabra and Ella, who run the Hayground School stand and grow perhaps the best tomatoes around: “Haymatoes.” In my bag of multicolored cherry tomatoes and zucchini was placed a tiny, dark green pepper. “What kind is it?” I asked my son, who also works at the stand. He answered, “That’s the thing, we don’t know. It just appeared in the garden this year. It’s a mystery pepper.”

Upon tasting, the pepper turned out to be what I think is a hybrid poblano-Italian fry-pepper. It was sharp, a little spicy, with a distinctive bell pepper finish. Chopped finely, in it went into a salad with raw kernels cut from the cob, a generous handful of basil and some other things lurking in my garden and kitchen. Delicious! I could have eaten the whole bowl myself. But then my husband came home and said, “What’s for dinner?” and I had to share it. Luckily, there are more peppers and tomatoes coming up, long into September.

Toss everything but the avocado in bowl. Add avocado and toss lightly once more. Serve.