After losing thousands of trees in a recent wind storm, Davis Peach Farm looks to rebuild with a little help from their friends. 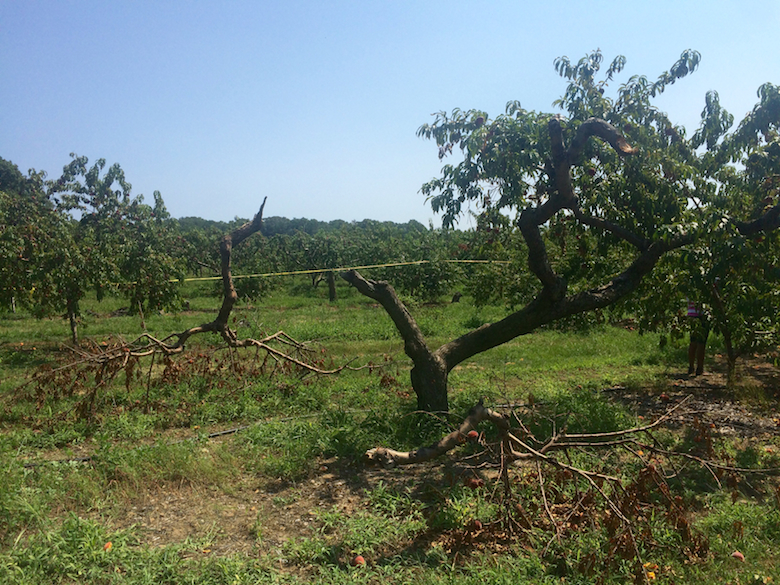 In an age like ours, when so many of our jobs — and lives — exist on screens, it’s hard to imagine entire livelihoods and histories being swept away by a storm. Of course, this is less difficult for farmers to imagine. It is, in fact, a tremendously real and pressing reality that, sadly, many of them face. Just ask Christine Davis, the youngest member of the family behind Davis Peach Farm, who lost thousands of trees in a recent wind storm.

“I’m going to start crying,” says Davis, not long after we start talking. “It’s just devastating. We’re still recovering from Irene and Sandy. We were destroyed in Irene — more so than in Sandy — and now, with this past wind storm, we’ve lost thousands of trees and simply don’t have the funds to replace them.” 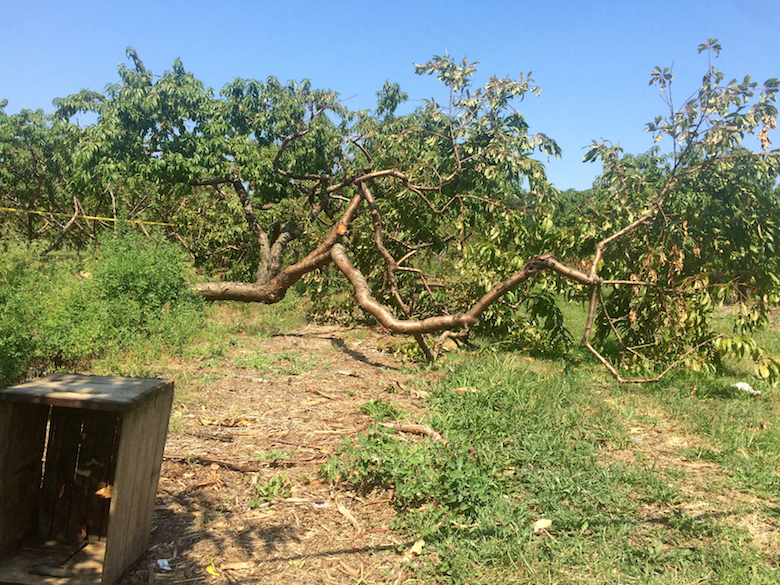 Trees have never been a problem for the Davis family. They planted their first peach trees in 1910, and they’ve been thriving ever since. Today, they grow 80 varieties of peaches, 50 varieties of plums, 30 varieties of nectarines and 20 varieties of apples. Or they did — before the storm.

“This is our last year, if we don’t raise the funds,” says Davis, pausing for a moment to observe the terribleness of that possible reality: of a Wading River without Davis Peach Farm, and of a family—six members of which are children—without a source of income. 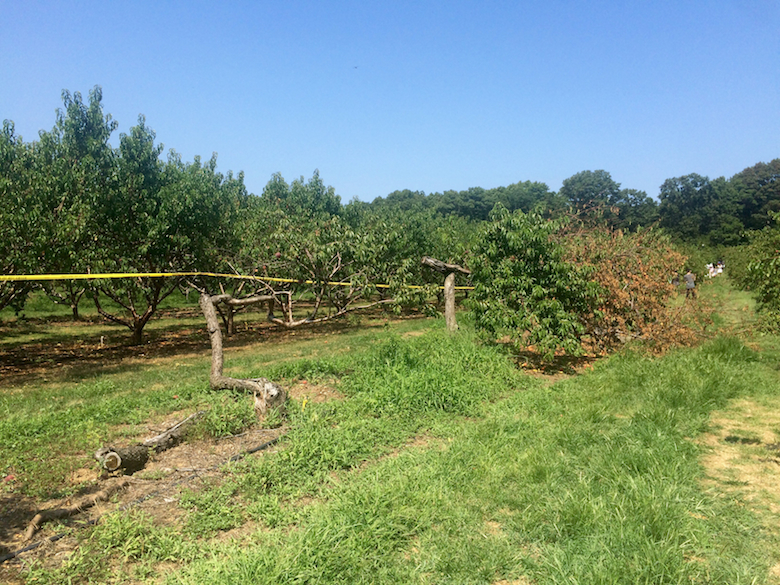 Of course, money — unlike peaches — does not grow on trees. So where does Davis hope to find the $150,000 she estimates she’ll need to restore Davis Peach Farm to health?

“A customer suggested we start a gofundme campaign just to continue,” she says. “Because we’re out more than just the trees. We were also closed for ten days after the storm, so on top of damages, we also lost a significant amount of revenue. I’m a really good farmer, but not the best computer-person, so I’m mostly just hoping I did it all right.”

She did — and you can donate to the Save Davis Peach Farm campaign right here.