Look out brewers! The latest in hyper local — a malt house — is coming to Long Island. 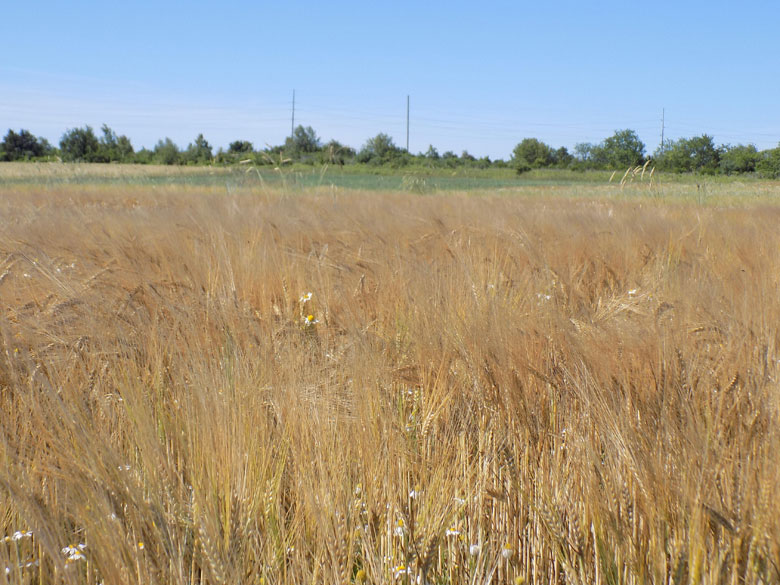 It seems every time we turn around a new brewery is opening on Long Island. As little as five years ago there were only a handful of places to drink locally produced craft beer, but that’s rapidly changing. Brian Zimmerman originally set out to open a farm brewery, but his research uncovered a severe lack of “homegrown” ingredients. So he shifted gears and is now launching ZBH Malting, Long Island’s first malthouse.

“There are so many farms growing Long Island hops, but only five malthouses in all of New York state,” says Zimmerman, who has a background in farming and soil conservation. About eight years ago the homebrewing bug bit Zimmerman; he began experimenting with locally grown hops and herbs. However, the nearest malthouse is 250 miles away, so Long Island grain was out of the question. “I won’t rule out opening a brewery down the line, but by producing malt I can help brewers and farmers,” says Zimmerman.

The process hasn’t been easy; with ZBH Malthouse ran into many zoning codes while looking for a home. “No one knows how to classify me because there is nothing else like it around,” says Zimmerman. The challenges haven’t stopped him though, and he currently has several farmers across the island growing crops he can eventually malt and make suitable for brewing.

“It’s a fickle crop. You need the right conditions, drainage and balance,” says Zimmerman; he adds that Long Island has great soil for barley, rye and wheat. “Just like wine grapes from here are going to be different from grapes grown in the Finger Lakes, the grain will be unique due to location. It will give us a sense of terroir.” Most farmers have to rest their fields periodically, but during that time they can still grow barley. Working with ZBH will allow them to make more money while helping their soil.

Once the grain is grown and harvested, ZBH Malthouse will be responsible for turning it into malt. Zimmerman will have to build all the equipment himself, a part of the process he anxiously awaits. “That’s what I’m looking forward to,” he says. “That’s the awesome part.”

Zimmerman hopes to be operational by September, if all goes well with the zoning boards. Once the doors to the malthouse open and the equipment is up and running it will only take a few weeks to produce malt. Zimmerman will aim to supply everyone from large scale commercial breweries to homebrewers. He says, “Grain grown locally can give a sense of truly Long Island beer.”

From Wikipedia: Malt extract is frequently used in the brewing of beer. Its production begins by germinating barley grain in a process known as malting. This procedure entails immersing barley in water to encourage the grain to sprout, then drying the barley to halt the progress when the sprouting begins.