Our Dinner with Russell

As Lieb Cellars’ Russell Hearn goes food shopping locally, he sets a place at the table for the producers. 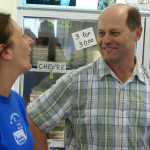 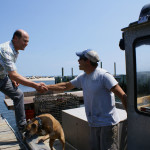 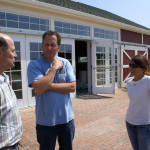 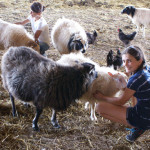 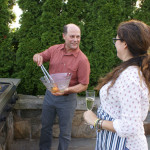 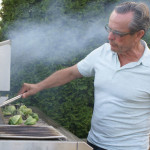 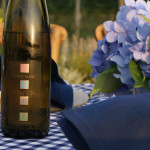 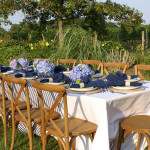 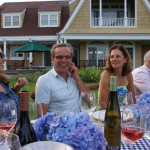 Like many winemakers, Russell Hearn loves to eat, and he loves to cook.

“I guess the stereotype is that I would like to grill, and I do,” says Hearn, who was trained to make wine in “barbie”-crazed Australia and is now well-regarded fixture in North Fork winemaking circles. “But I also like to cook things like Long Island duck. My wife and I share cooking, and I pretty much am the Saturday and Sunday cook at our house.” The bulk of Hearn’s winemaking business is with Premium Wine Group and its Lieb Cellars in Mattiuck, where he has made wine since 1999, but he and wife Susan also share a winemaking passion through their jointly run Suhru Wines.

Hearn is also a big advocate of eating local, and he likes to fish and garden and even considers winegrowing as a form of gardening. And so he haunts the local farmers markets and knows who has the best oysters and lobsters for sale. Not surprisingly, when I approached him last summer about visiting the winery and opening a few of his bottles over a casual Hearn-cooked dinner of local produce, he came up with a better idea. We would shop for dinner ingredients in the afternoon and then share dinner with the purveyors who might even cook a little themselves.

And so the menu fell into place: fresh vegetables, of course; oysters, naturally; how about working in some goat cheese and have North Fork lamb as an entrée with fresh orchard fruit to finish?

I meet up with Hearn for lunch at Love Lane Kitchen in Mattituck, and over lobster rolls we discuss what he describes as “a lovely string of Lieb vintages — ’10, ’12, ‘13” and 2014. Lunch finished, we climb into his almost-spotless Audi SUV to begin our afternoon of civilized foraging. OK, so I’m a little disappointed he doesn’t drive a battered red farm truck.

Karen and Michael Catapano are one of those couples that tire you out just thinking about their schedules. While we wait for Karen to finish instructing an exercise class at Adagio Day Spa in Cutchogue, which she co-owns, Russell and I ignore the signs and pet the fenced-in goats at Catapano Dairy Farm on Route 48 in Peconic. Actually, we pet only two or three of their more than 100 dairy goats that each produces about a gallon of milk daily, split between 6 a.m. and 4 p.m. milkings.

“My husband takes care of the cheese making — he’s won a few prizes — while I handle making soaps and other skin products,” Karen says when she join us, sporting way too much energy. We won’t see Dr. Michael until dinner; he now is at the Wainscott Walk-In Clinic where he works the four days he isn’t make cheese.

Hearn ponders the chevre selection before making his choices; then we are off to pick up oysters, driving to the North Fork’s south side and a small landing off Jackson Street in New Suffolk. Soon, marine biologist and oyster farmer Josh Clauss bobbles into view on his small motorboat with a cache of fresh Harvest Moon oysters.

“I can’t tell you where the bed is,” he grins beneath his basement cap and dark sun glasses, but he will tell us the oyster sauce he is bringing to the party tonight was inspired by a Bobby Flay recipe. Like a master of contraband, Clauss shucks a few briny creatures as a quality gesture, adds the faux-Flay and hands them to Hearn. After downing a couple, Hearn nods approval and hands off the rest to an assistant who puts them on ice and shuttles them back to the Lieb Estate where the dinner is taking place.

Hearn warns the third stop is mainly a look-around, because the lamb shanks from 8 Hands Farm on Cox Lane in Cutchogue are already back in the Lieb kitchen, where they have been slowly cooking most of the day. Accountant Tom Geppel, wife Carol Festa and their two children meet us in front of their farm stand, which sells meat, eggs, produce and wool.

“We’re trying to become the community food center,” Geppel says as we stroll toward an open barn where a few dozen of the more than 100 Icelandic sheep and 50 Rhode Island red laying hens mingle in the sun and inside like a casting call for next viral YouTube cute-animal video. With Geppel’s and Festa’s growth business plans, eight hands may not be enough.

If there are rock stars of North Fork agriculture, they are Paulette Satur and Eberhard Müller, the owners of our final stop, Satur Farms on Alvah’s Lane in Cutchogue. Although it has been more than a dozen years since they left the Big City, it still seems obligatory to mention that she was a star in Manhattan’s wine trade, and he was a four-starred chef at Lutèce and elsewhere. In the years since, they have built a produce juggernaut farming 200 acres on North Fork and another 200 in Florida. Though they still sell locally, Whole Foods and Per Se are on their client list.

Müller opens the door, still barefoot, just scrubbing up from a day in the fields where he has been playing doctor to a sickly irrigation system. Soon Satur arrives from their cold facility in Calverton. “I am too direct and honest to be in marketing,” Müller muses of his dirty-hands role, then he and Hearn are off to discuss Müller’s contribution to dinner.

Meanwhile, back at the ranch on Oregon Road in Cutchogue, Lieb tasting room director Alicia Ekeler-Valle, a CIA grad who today is serving as Hearn’s sous-chef, lifts a pot lid to show steaming lamb shanks in a mirepoix whose aroma fills the old residence. Side dishes will include gremolata, a faro and grilled corn salad and grilled vegetables.

While a table is being set on the lawn next to a sea of pinot blanc vines, Hearn prepares vegetables for grilling, slicing a batch of red sweet peppers and zucchini and preparing ears of sweet corn. He tells how Lieb became known for its pinot blanc, a rarity for the area, because the original planters thought the vines were chardonnay. Since everyone loved the Lieb pinot-blanc-cum-chardonnay, why tear out the vines?

Clauss arrives, knife and glove in hand, and starts shucking oysters on the patio to serve as a walk-around first course paired with vintage sparkling Lieb Blanc de Blancs, which is made with pinot blanc. The other three couples arrive not long afterward and, between the sipping and slurping, the sheep farmers start comparing livestock notes with the goat farmers.

Müller takes his just-picked baby romaine lettuces and joins Hearn at the grill, slicing each head in half, placing them face down over the fire. Meanwhile he readies his goat cheese dressing — “my take on the classic Caesar” — to drizzle over the toasted romaine as it is plated.

Our co-host — Richard Bailey, CEO of Premium Beverage Group — calls everyone to table and sits at one end while Hearn stands at the other. In addition to the sparkling, Hearn says, there will be only one white wine, a Lieb pinot blanc, of course, and one red, a Lieb cabernet franc, both estate grown.

The wine pairings and the food are delicious. The romaine is crisp, and the dressing at once creamy and tangy. As the lamb falls off the bone, the gremolata soaks up the juices. The pepper and zucchini strips pass the crunchability test. The roasted corn adds a nice smokiness to the faro.

And the great thing about such dinners — although there seldom are such dinners — is that people who have briefly met and chatted in the course of business get to really talk to each other. Hearn explains the basics of the wine, Clauss answers questions about aquaculture, but soon turns to story-telling and local gossip. Laughter and chuckles shake the cabernet franc in its glasses.

Dessert is simple, but superb: local peaches grilled and topped with goat-cheese yogurt.

Almost on cue, the sun blinks farewell and fades into Connecticut. Reluctantly, everyone abandons the table, and the long goodbyes begin. After all, this is farm country, and these farmers, albeit having only recently come to ground from high-flying careers, all have early mornings, and the sun is already on its circuit back toward the Atlantic to the east.