In the land of large groundnuts… 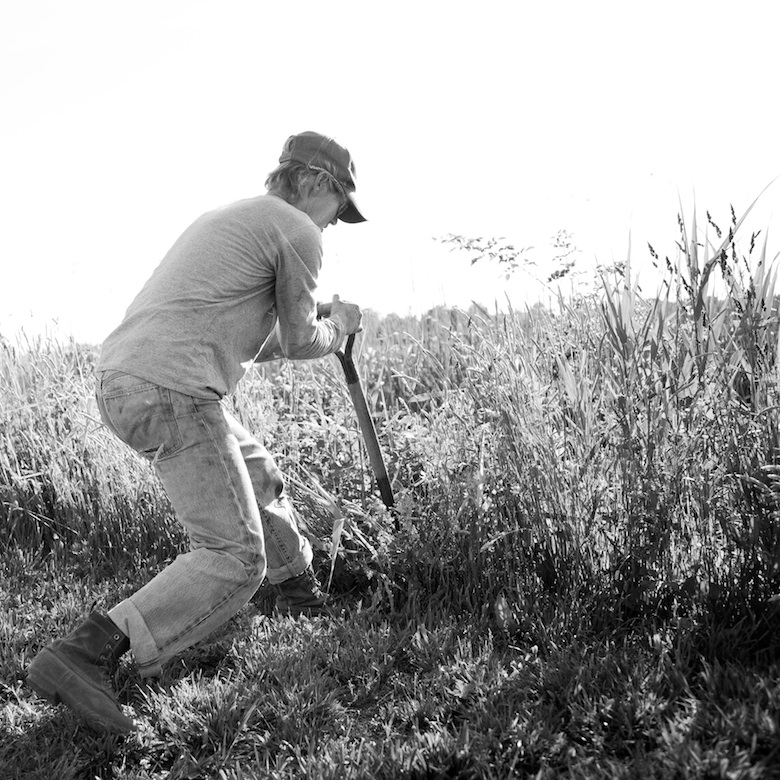 Apios americana, the “American pear,” is a tuber. All parts of the plant are edible—the leaf, the pea, the pod; it is the tuber you can survive on, and many, like the Pilgrims, did. It is high in protein and grows abundantly near waterways. The “hopniss,” as the pig potato or bog potato is also known, was a staple in pre-Colombian North American diets. There are hundreds of names for it, including “groundnut” and “sagaponack,” which in a lost language means “land of large groundnuts.” At least that is what we’ve always been told. And I always liked knowing I came for a place named for its food. Yet I never endeavored to look for them.

Last fall, I found groundnuts when I wasn’t looking. I was surprised (though I should not have been), but there they were, still managing among the Phragmites and briars that make the pond banks impenetrable to all but the wildlife. Here was part of an ancient spreading plant—a Rosetta stone, an eternal flame—sagaponack, exactly.

As I dug, unearthing shallow strands of bead-like tubers, I thought “large” might be a relative term. I went carefully and teased a strand of groundnuts from the dirt and saw this connected series ran in all directions. And yet, no individual nut was larger than your eyeball. 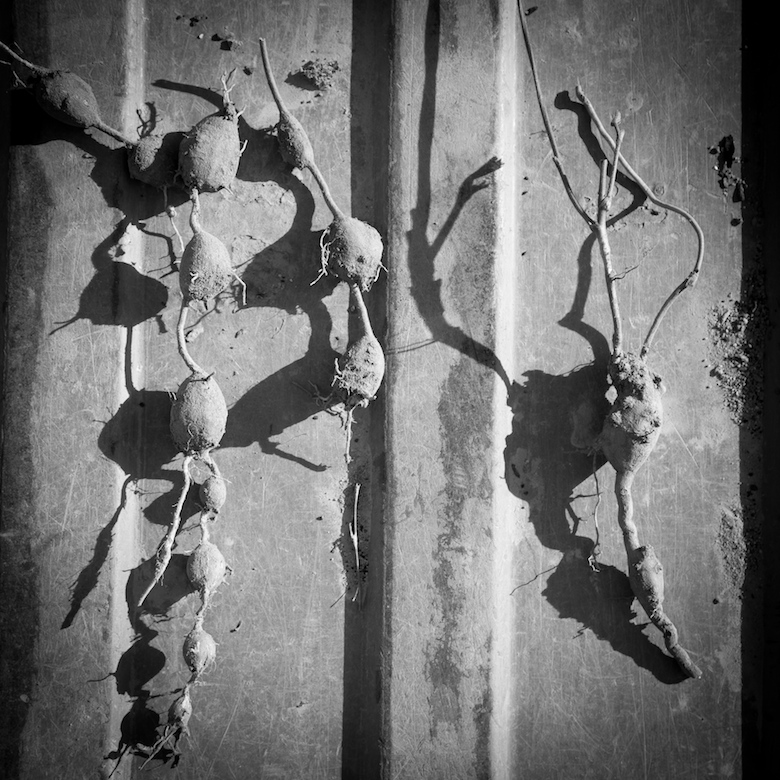 We’ve gotten so accustomed to thinking of Sagaponack in housing dollars that the commerce of crop quality and yield—the language of long-term investment, way long term—is abstract and nearly obsolete. Farmers, however, are still inclined to make a direct link between soil fertility and survival.

It was a late, cold spring. Warm weather finally coincided with the beginning of strawberry season, and then I was aware of the truckloads of berries leaving my neighbor’s field. When I got a box, I realized they were the best strawberries I have ever had. The flavor transports you back to the you-pick field of your youth. One after the other, the subtle sweetness, the juice and tiny seeds, I ate half a box looking for a metaphor. I called my neighbor, the farmer who raised them. I wondered if he, too, found them exceptional.

“They are good,” Jim conceded, “but this variety is like that. And the lack of rain, even though we could have irrigated, probably hasn’t hurt.” He’d stopped at my farm stand on the way back from his field. The bed of his truck was full of neatly filled quarts. The berries all bite size and brilliant red. We spent a few minutes talking shop; I drained a second quart. Jim explained the downside of this same variety. No conversation between farmers is complete without a downside. These exceptional strawberries tend to run small, especially after the first picking. Abundant, beautiful, but small.