When the cephalopod runs, all manner of folk arrive at Greenport’s Railroad Dock. 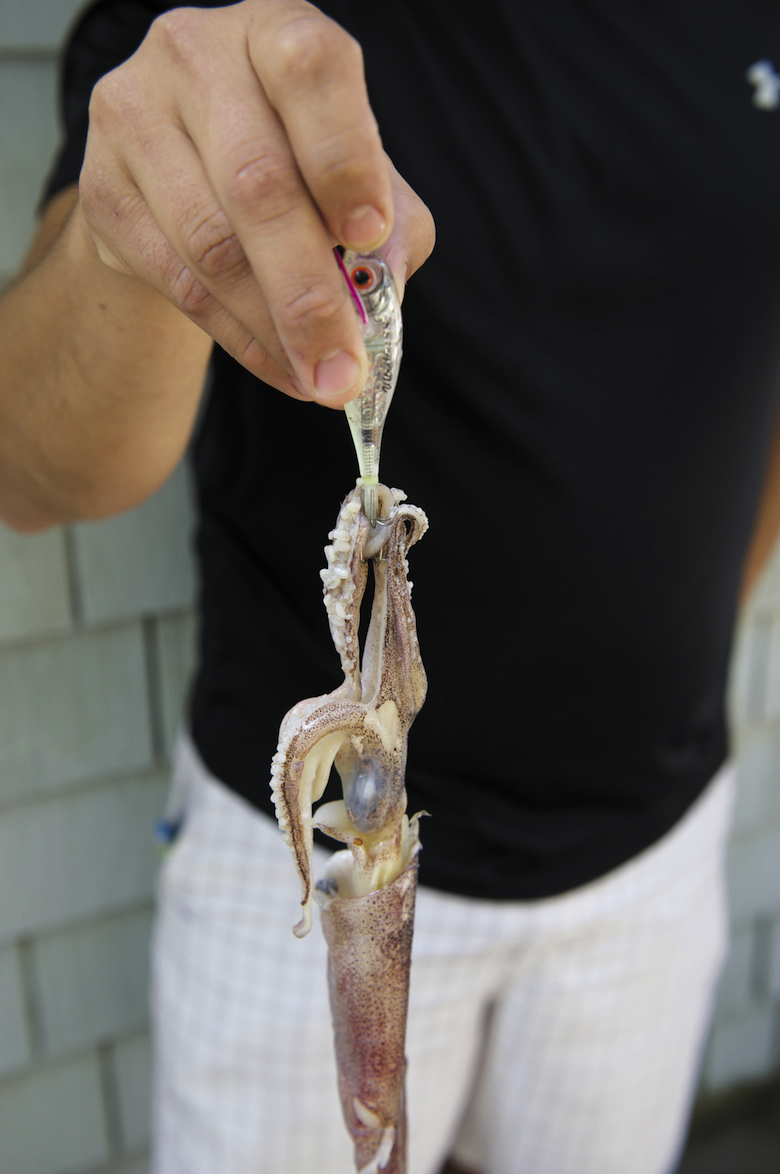 Jigging for squid is the most democratic form of fishing. One simply needs a cheap pole, 25 to 50 feet of line and a jig: a feathery object surrounded by nasty prongs. No need to buy bait, fancy reels, carbon-smarbon rods, a boat or hire a professional guide. No, the humble squid are jigged from a dock, at night, preferably around the crest of the diurnal flood. A Coleman lamp helps, but someone else probably has a generator and an electric lamp already slung over the dock.

Greenport’s Railroad Dock, so named because the New York City train in 1848 met the Boston ferry to complete the transit and facilitate a centuries-old rivalry, is one of the best places on the East End to jig squid. And it’s not a local’s secret. When the squid are running—this year’s run was long due to the brutal winter (remember that?) and the resulting cool water—the dock can be lined three deep with families from Astoria speaking Greek, Koreans whose speech lilts over the water with a Flushing accent and old men chatting in Italian who took the LIRR to its end from Bay Ridge.

Those three cultures especially appreciate the succulent taste of freshly caught squid: fried, raw or stuffed. And when you can get a five-gallon bucket full in a few hours while flasking a few shots of something distilled, you have the makings for a fine, early spring overnighter. So what if you have to hang a houseful of drywall in the morning. Nature has bestowed its bounty to you, who are grateful to be alive and be there. And the 5:30 a.m. train gets you back in just after 8. Of course, as the commuters pile in on the westbound run, you and your squidy-smelling things may get an odd glance or two. 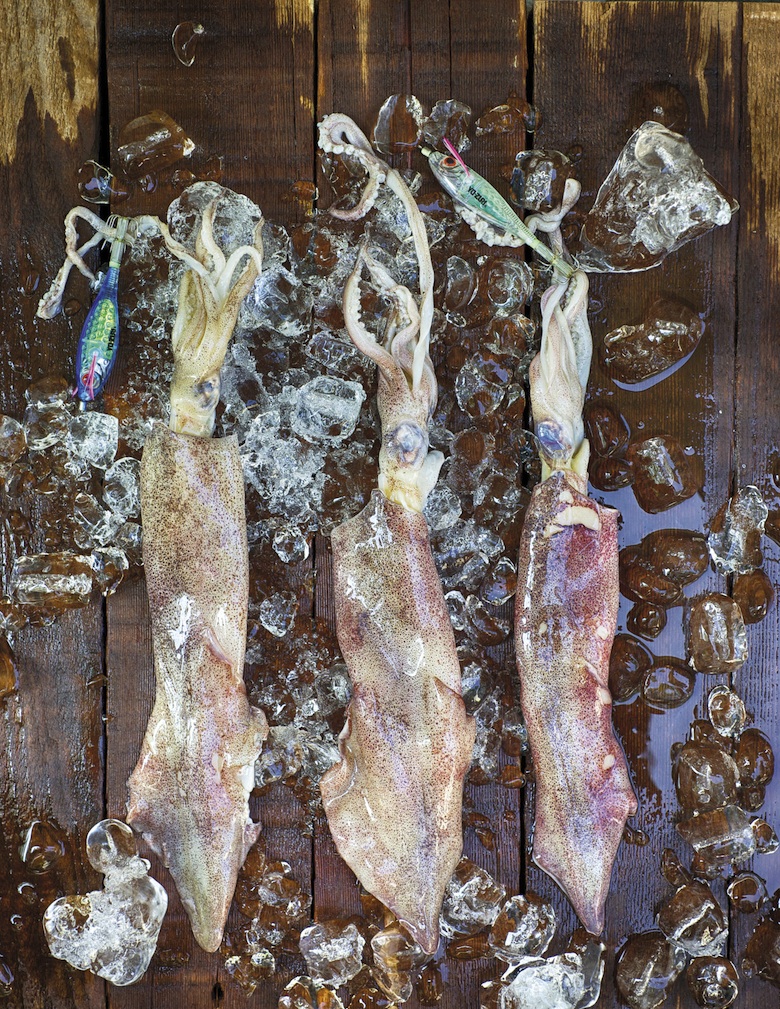 It’s not like it’s a secret place or a secret method. Everyone is hunkered against the early spring wind, standing over 45-degree water, peering out into the darkness, trying to spot the run. A commotion of rods flip upward, while shouts and chortles of success mark the approach of the squid. They come in schools, in pink fleshy semi-fluorescent waves, eyes and tentacles, searching for a mate.

A member of Mollusca, but without shells, squid are cephalopods, a primitive union of a head and a foot.

The run can be short and disappointing, or can last for hours, outlasting the flask. On those nights, the shouts become joyous, the cultures bond in one happy band of Americans realizing the specialness of this place, this 400-year-old village that still has the decency and common sense not to pollute its pristine and rich waters.

I love the chorus of semi-sober shouts when they ring into the night like a successful Broadway musical, even though they may waken me. My wife, however, will rise out of bed and bike over to join them. She is a true lover of squid jigging. She brings her pink and green jigs because one color can do better on a given night than the other. She converted my kids at an early age.

It becomes my job to cook, salt or freeze the catch. Nothing, in my opinion, beats lightly battered, freshly fried calamari. Although sashimied with some hot sauce, kimchi and 80-proof rice liquor has a Zen-like immediacy and simplicity. We discovered squid stuffed with ricotta and baked in a red sauce is a wonderful change of pace. Late into fall, when searching through the mess in the freezer, it’s a mitzvah to encounter a bag we had packed and frozen during the height of the run. We gladly defrost the simple cephalopods and relive the gusto of that night in the early spring run.