Here at Our Sea-Washed, Sunset Gates

People are always the most valuable asset. 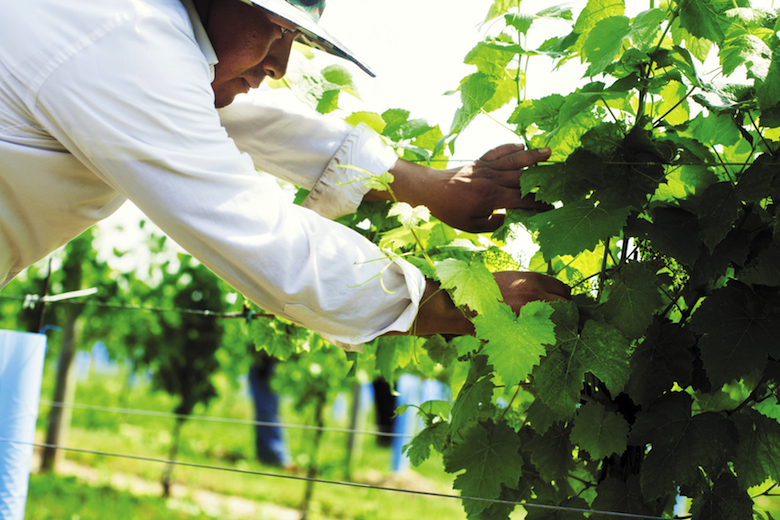 The history of Long Island wine spans more than four decades. From the pioneer days of vineyard and winemaking experimentation to the establishment of a unique wine style, our region has continued to evolve. We’ve developed a world-class reputation for fine wine thanks to passionate owners, diligent growers and creative winemakers; all have played their part in the development of the district. But something is often left out of this conversation—the significant contribution of the local Latino population. Working quietly in the background, they don’t receive the praise they deserve. It’s time to shed some light onto those who help make our wine region a success.

Long Island’s history of Latino immigration began in the mid-20th century and has led to important contributions to the culture and economy of the area. From the 1940s on, we’ve seen three historical waves of Long Island migration. Puerto Rican people made up the first wave in a post-war migration to western Long Island. The second wave began with the passage of the Immigration and Nationality Act of 1965, which loosened quotas and opened the door to Dominicans, Ecuadorians, Mexicans and Colombians, who arrived on Long Island beginning in the 1970s.

The third and most recent wave of Latino immigration began in the 1980s and was led by Guatemalans, Salvadorans and Hondurans fleeing decades of brutal civil wars, natural disasters and the resulting poverty that ravaged their countries. The most violent phase of Guatemala’s 36-year civil war generated significant numbers of refugees. Migration continued into the 21st century in response to Guatemala’s severe socioeconomic problems and increasingly unstable political conditions. This latest wave is most important in eastern Long Island, where Guatemalan and Salvadoran émigrés find safety and peace working on local farms and vineyards. Migration to Long Island has been for many a survival strategy.

Since the early 1980s, hundreds of Latino workers have been employed on Long Island farms. Today, local vineyards and wineries employ approximately 250 full-time and 100 part-time Latino workers accounting for 20 percent of the total agricultural workforce in Suffolk County. They are highly skilled in the art of tending vines—from pruning to shoot thinning to harvest—all critical elements needed to make great wine. Latinos have helped take the Long Island wine industry to the next level of success while exhibiting professionalism, dedication and a passion for producing some of the best wines in the U.S. These are our unsung heroes. 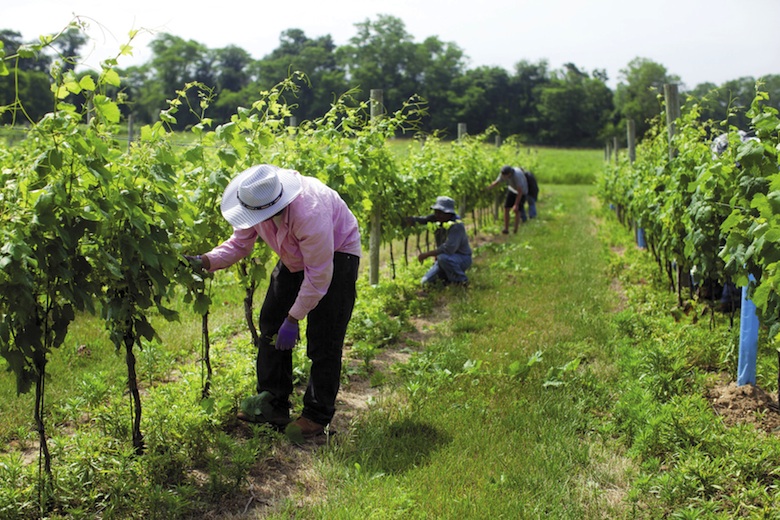 It’s safe to say that without the Latino migration of the past 30 years, agriculture, as we know it today on Long Island, would be a remnant of the past. Our farms and vineyards would have faced severe labor shortages and been unable to sustain the same level of growth and success. Some would have simply gone out of business. Instead, we’re seeing our vineyards thrive and our farmland preserved.

Just like the name of our most famous soil, Latinos have found a “haven” on the North Fork. We’re seeing Latino children achieving success in our schools and families making a new life in a place where they can live and work peacefully. These are the people who want to give back and create something better for themselves, their communities and for their families back home, who often have little hope to reach their dreams.

It’s true that great wine is made in the vineyard—and it takes many hardworking, dedicated people to make this a reality. So next time you’re enjoying one of your favorite local wines, remember to lift up your glass and toast all those who make it possible.

To help support Latino workers and their families, a new organization has been formed called the Long Island Latino Vintners Association. For more information please visit their website at lilva.org