One World Red and White

Shinn Estate Vineyards will be making the house wine for the new World Trade Center. 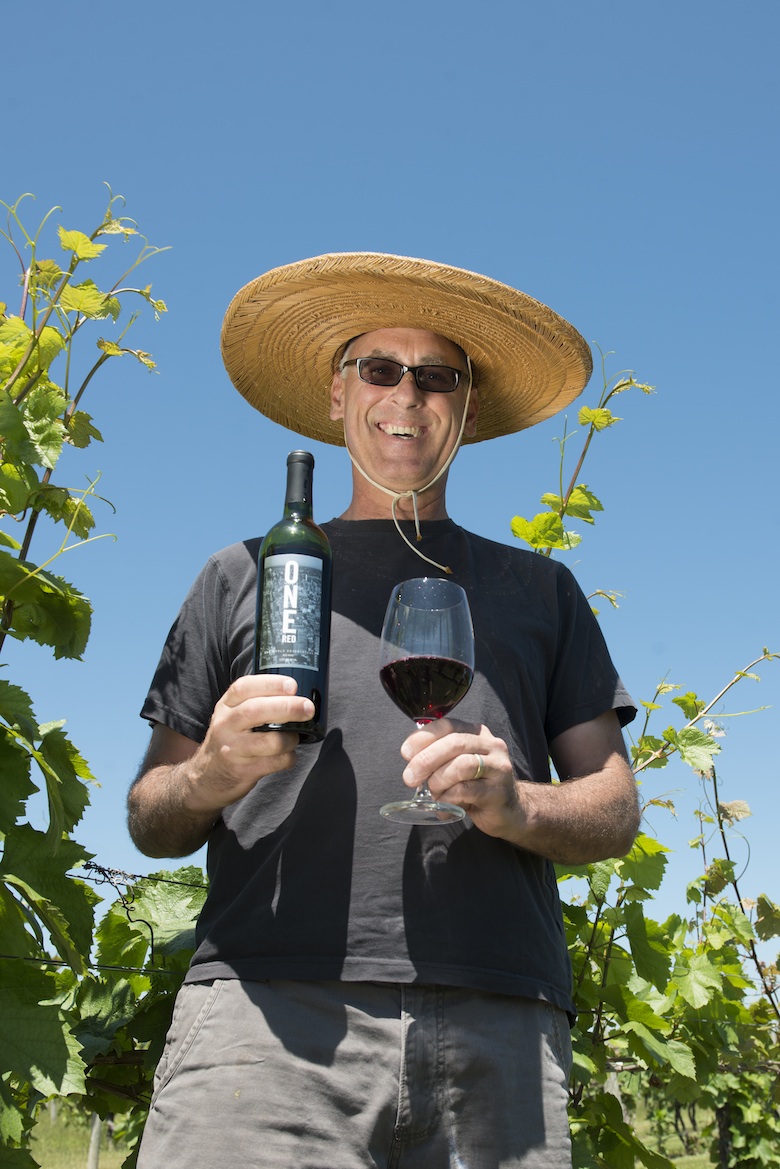 At One World, the World Trade Center’s new observatory, a fast elevator rises to a spectacular view from the top of the Western Hemisphere’s tallest building. On a clear day, you can, as the observatory’s motto goes, “See Forever.”

New York’s new World Trade Center is open at last. It’s symbolic, of course, of American pride and unity, endurance in the face of adversity and hope for the future. One World is also the name of the observatory’s restaurant and café, and the label of its flagship wines. True to One World’s goal to showcase New York artisanal products, the wine is from the North Fork of Long Island.

This winter, Dave Page and Barbara Shinn got a call from Richard Porteus, general manager of Hospitality at Legends, which was contracted to run the One World space. “He asked us: ‘How would you like to make the wine for One World?’” Shinn says. “It was incredibly exciting.”

Shinn and Page own Shinn Estate Vineyards and Farmhouse, which sits among windswept acres of crops on Oregon Road in Mattituck. Their biodynamic, solar-and-wind powered vineyard, bed-and-breakfast and winery attract a quiet, sophisticated crowd. Page is chef, vintner and distiller, Shinn handles the viticulture, and Patrick Caserta makes the wines. They strive for excellence. The wines, and the lifestyle they have created, are amazing. Porteus has been an industry friend for years, and when he took charge of One World, he thought of them. 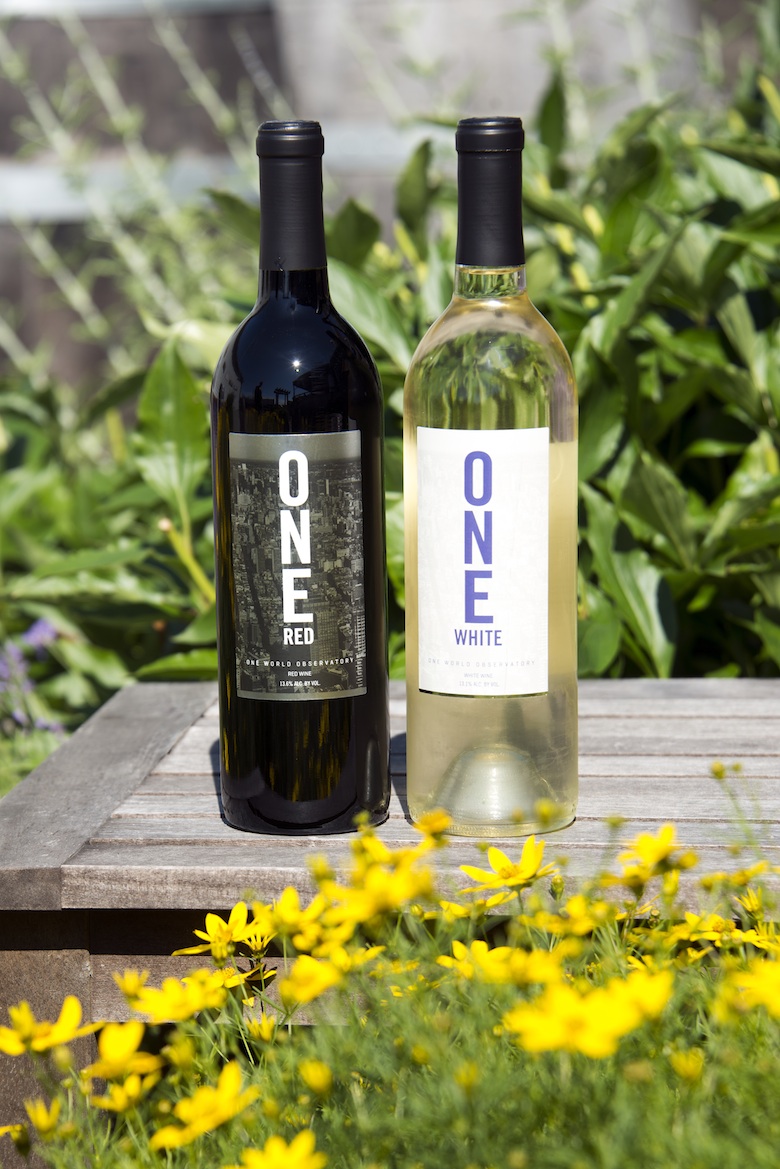 It is late afternoon, and we sit outside at their winery, tasting wine and talking. On the wooden farm table are One World bottles, glasses and two random piles of beach stones. It’s that energetic time before the summer solstice, when Nature sings loud. Shinn Estate is a biodynamic vineyard, and the bugs and microbes do their thing down in the dirt while insects dance in the air lit by the golden hour sun. Rain came a few days ago, and the vines are growing fast.

“The plan is to produce wines we all love, and which represents the place we come from,” says Page. “Our region can be proud to have representation at One World.” Porteus helped conceptually with the wines; blends were created and tasted. The label branding is One World’s. Because any of the expected four million visitors a year is a potential customer, the wines need to be approachable. But, true to form for Shinn Estate wines, the focus is on quality; approachability occurs as a result.

One White contains 2014 stainless steel fruit, mostly sauvignon blanc with a little chardonnay and reisling. It’s bright, dry, with notes of grapefruit, and the honeysuckle/ elderflower scent of the hedgerows. It’s delightful, exactly the kind of crisp and refreshing white people love. “This is literally the best white wine we could put together,” Page says.

In natural light, the color of the One Red is an intense magenta that speaks of malbec. Light is more blue at higher altitudes, so it’s interesting to think it might look slightly more violet at the top of the WTC, 1,792 feet in the air. Medium bodied, made of the classic five vinifera—cabernet franc, merlot, cabernet sauvignon, petit verdot and malbec—it’s a blend of barrel-aged reds from the 2013 harvest and un-oaked reds from 2014. It’s designed to drink young. Even now, right after bottling, berries and red fruits appear after a little airing in the glass. By late summer, its inherent balance and integration will no doubt emerge. “Coming together as one,” Page points out, happily.

Only 300 cases of each type of One World wine will be made every year. “We are not interested in going beyond the North Fork for grapes,” Page and Shinn say, adamantly. Obviously not all visitors will wine and dine, but, still, there’s likely to be brisk demand. It will be interesting to see if that brings a challenge in the future. A small amount of One World wine may become available at the winery tasting room.

We talk a bit of 9/11/2001. At the time, Shinn and Page owned Home, a farm-to-table restaurant in the city, and other ventures. Their vines were still young; their award-winning cookbook Recipes from Home was ready for release. They divided their time between the city and the North Fork, and events influenced their decision to make a permanent move east. Being involved with the new WTC is interesting, they say. Apparently, it makes an effort to distinguish itself; the memorial is for remembrance, the new WTC building is for the present and future.

By now, it’s almost dark. Page starts piling the beach stones atop each other. It’s a game, a kind of meditation, he says, balancing the rocks. He stands one long black rock, precariously, on end. What with the wind and vibrations knocking them down, he says, the rock towers are rebuilt almost every day.