Paul Del Favero, chef and one of the owners at Harbor Market and Kitchen in Sag Harbor, came out to the East End to work the busy season and never left. 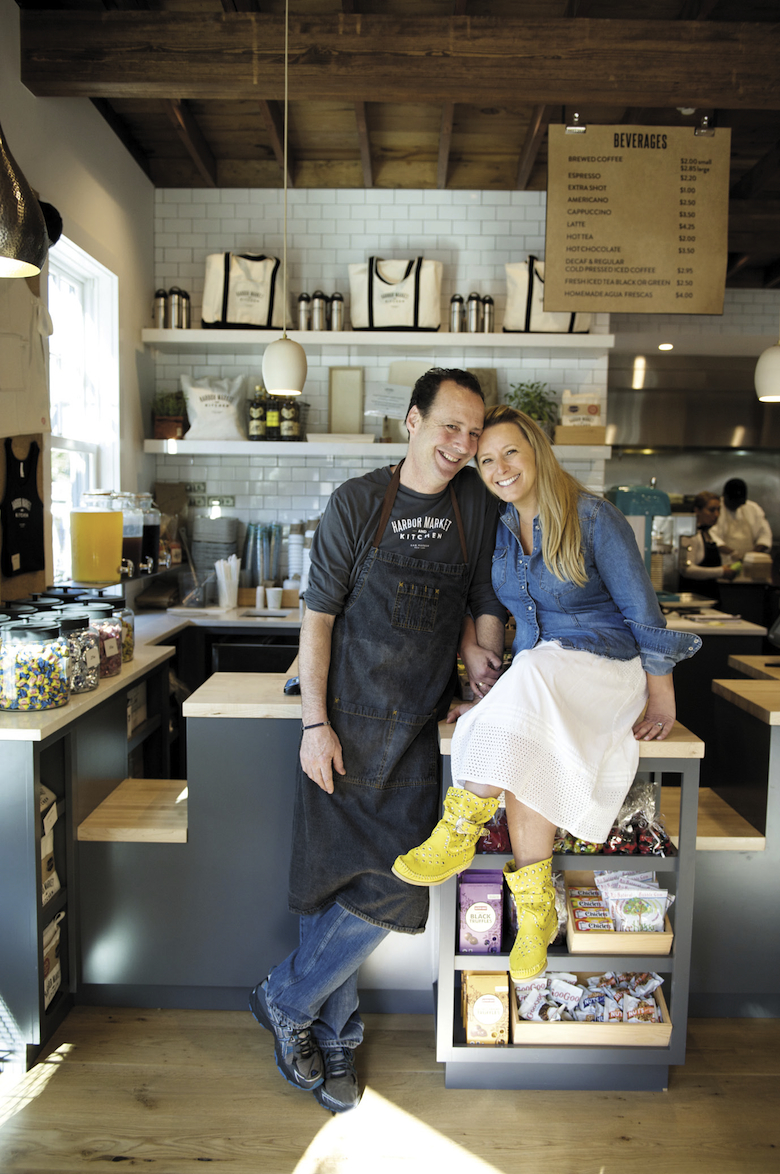 Like many people in the restaurant business on the East End, Paul Del Favero, chef and one of the owners at Harbor Market and Kitchen in Sag Harbor, came out here for the summer to work the busy season and never left. Even during his recent nine-year stint as the chef of the Mesa Grill in Caesar’s Palace in Las Vegas, he and his family held onto their house in East Hampton; they knew they’d be coming back.

And back he is. Del Favero, a veteran of the kitchens at Nick & Toni’s, the Maidstone Club and Le Périgord in New York City, to name a few, has opened with his wife, Susana, and partner Abbey Warsh what he hopes will be the kind of local market where neighbors feel comfortable stopping in for lunch, hanging around in the afternoon for coffee and swinging by in the evening for some takeout or picking up a gallon of milk. 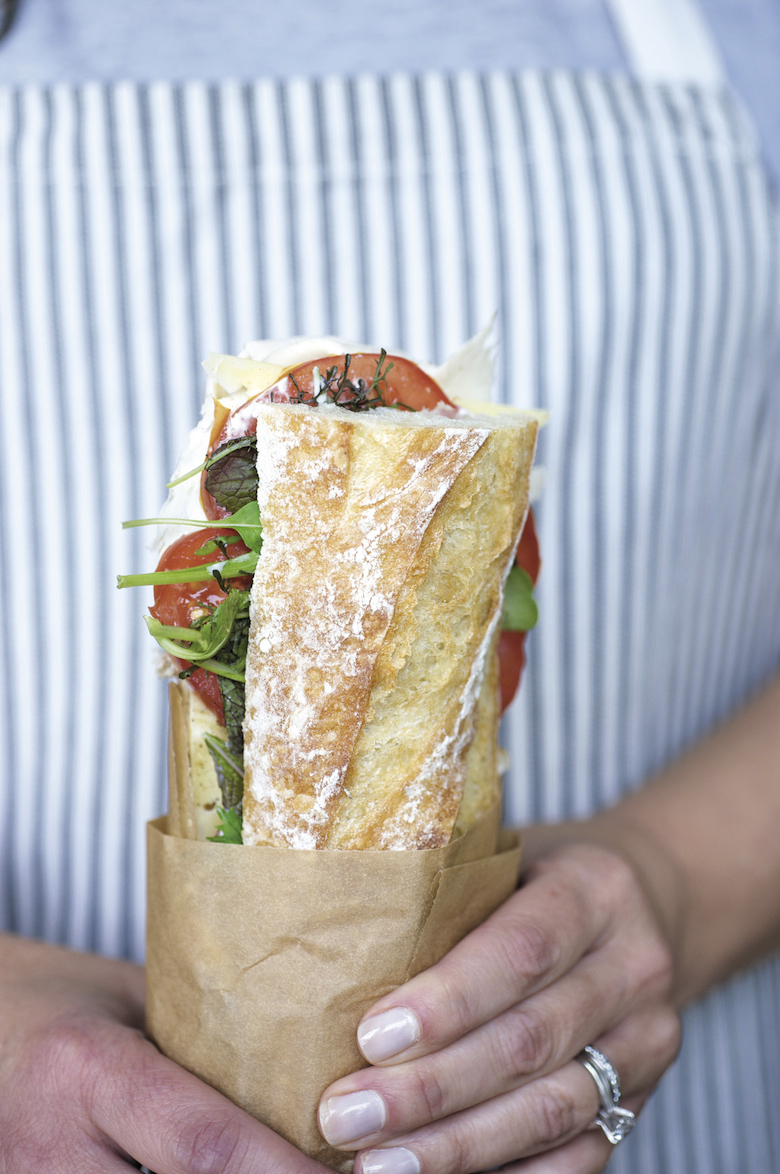 “We want it to be a place to hang,” says Del Favero, “and so far it has been. Kids are stopping by for pizza. And we made sure it had a big comfortable bathroom.”

The wood-burning pizza oven and the bathroom are part of a top-down, bottom-up renovation of the space on Division Street that used to house Espresso. A completely redone basement includes a dream prep kitchen and a washer and dryer. Upstairs, the removal of a drop ceiling exposed old wooden beams that make the space feel twice as large, as does the open kitchen.

Del Favero has stocked that kitchen with experienced cooks as well as pastry chef Dorothy Turka, formerly of Topping Rose House and who he calls his “superstar.” She manning a soft-serve ice cream, one of Del Favero’s favorite new toys, and turning out all the muffins and pastries. 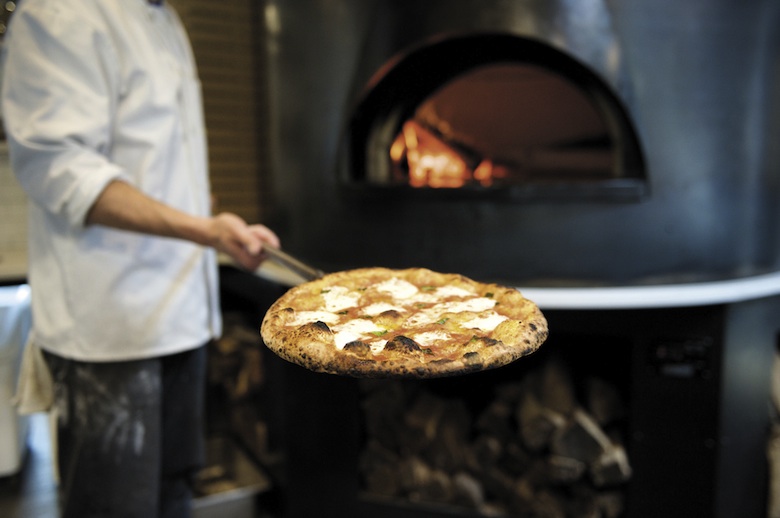 In addition to the pizzas, the oven is turning out a whole roasted salmon and a sleeper hit of a salad made with roasted cauliflower, pine nuts, currants, caramelized onions and baby arugula that’s simply dressed with extra-virgin olive oil and sea salt.

When Del Favero started at Nick & Toni’s in 1991, the focus was to be the Chez Panisse of the east, with an emphasis on fresh local food. He’s still cooking that way and the market’s shelves are filled with local products. In the cooler are yogurts from White Moustache in Brooklyn and Nounos in Southampton, and he’s working to establish relationships with local growers. (The market’s only been open since the end of June.) 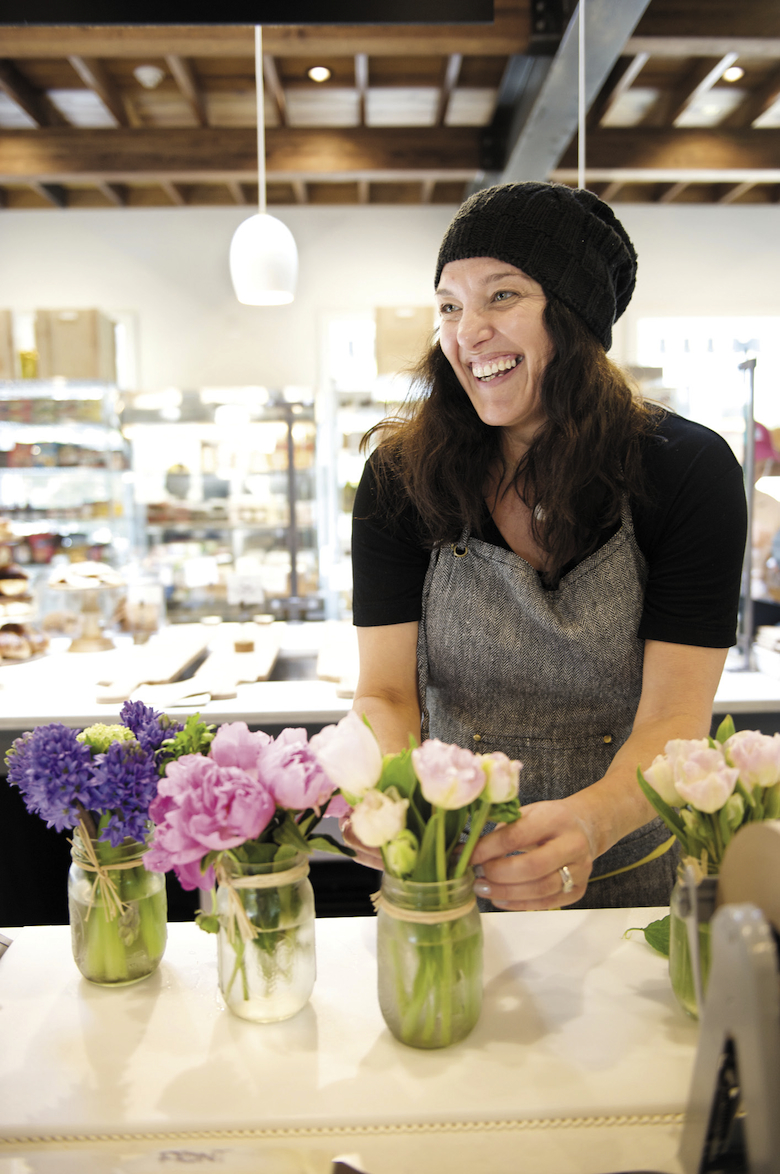 Partner Warsh is vegetarian; Del Favero is decidedly not, but he’s been inspired and there are many options on the menu for non-meat eaters. “We wanted to do something healthy and good for the kids,” he says. “We want it to be nonprocessed, everything from scratch and organic when possible. We want to cook good honest food that’s affordable.”

And given the way prices can get on the South Fork, Harbor Market is doing an admirable job of keeping them reasonable. Del Favero adds, “We want it to be food you can eat every day.”