For close to 150 years, the Doxsee Sea Clam Company was at the forefront of canning and distributing clams. 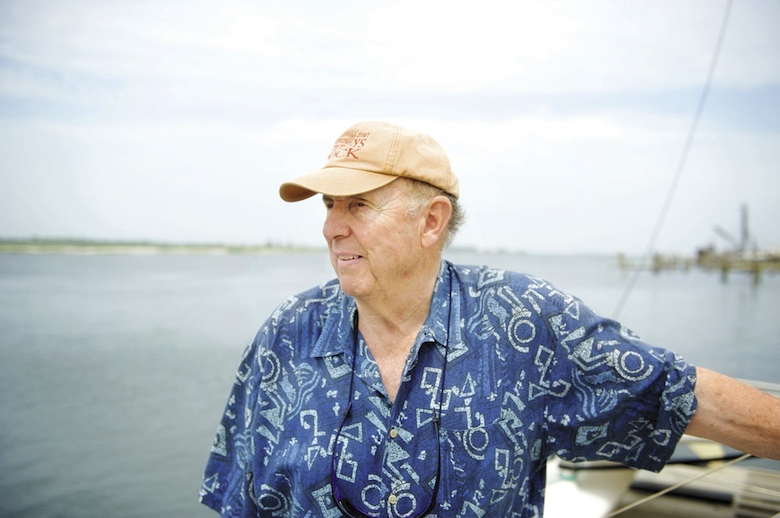 There was a time when Long Island’s waters provided clams to more than 60 percent of the country, with the industry reaching its peak in 1976. For close to 150 years, the Doxsee Sea Clam Company was at the forefront of canning and distributing clams.

Originally known as J. H. Doxsee & Sons, the company was started by James H. Doxsee, who was born in 1825 into a vegetable-farming family that owned 400 acres of land in Islip near the Great South Bay. In addition to selling fresh produce, the family started a successful canning operation.

In 1865 two men, whose names are lost to history, asked to lease part of the coastal portion of the Doxsee farm to set up a small clam-processing factory. The business struggled, but James saw potential. If he could can vegetables, why not clams? He and his brother-in-law, Selah Whitman, bought the failing business one year later and moved their equipment to the small factory and started experimenting. Soon, they became the first Long Island company to can hard-shell clams and bottle clam juice. A historical marker at the Islip town dock marks the spot where the processing plant once stood.

The business continued until 1900, when a decline in clam stock made the cannery unprofitable. James and Selah packed the company’s equipment on the deck of a schooner, and a half-brother, Moses, sailed it down the coast to Ocracoke, North Carolina; James’s oldest son, Henry, ran the new operation. The Doxsees stayed there about a decade and then moved father south to Marco Island, Florida, where they canned until 1948. Another son, John, worked as a commercial fisherman outside the Fire Island Inlet and shipped fish to Fulton Market.

By 1933, John Doxsee’s sons Bob and Spencer built a fish-packing house in Point Lookout called Bright Eye Fish Co. By 1944, they came full circle and switched from commercial fishing to harvesting and processing sea clams. For more than 60 years, frozen chopped clams were packed in half-gallon milk cartons and shipped all over the United States.

Bob’s son, Bob Doxsee Jr., took over as president of the family business in the 1960s and ran it out of Point Lookout until 2008 when he, at age 82, downsized the company, demolished the processing plant and continued selling frozen products for retail out of a much smaller building that was destroyed by Hurricane Sandy in 2012. The legendary Doxsee Sea Clam Company had officially come to an end.