The socially conscious songster eats local on the road. 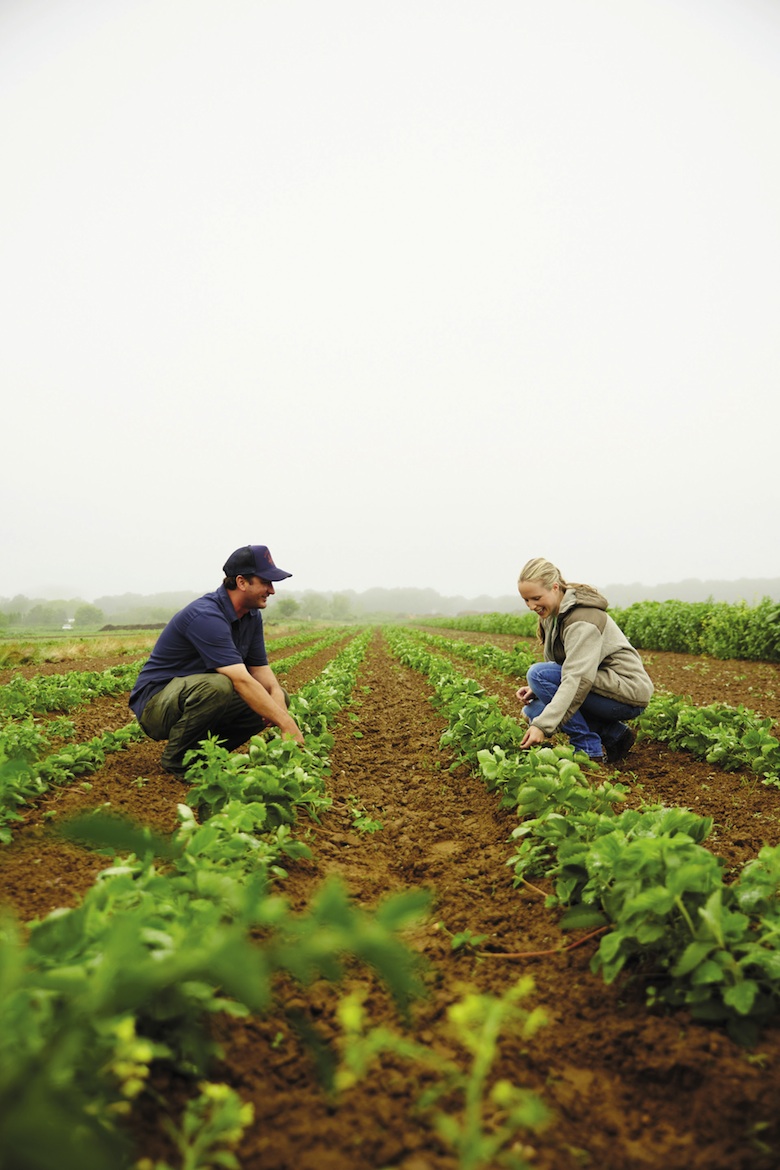 The Dave Matthews Band began its 2015 summer tour on May 13 in Austin, Texas. This 47-show Herculean trek across North America, which includes two sets per night, ends on September 13 in Phoenix. Matthews and his band have been rocking these annual summer-long tours pretty much nonstop since the ’90s. One might imagine fast food, junk food, late-night binge eating and booze fuels such a high-energy, big arena musical entourage. But no, DMB sustains itself with locally sourced, home-cooked meals and a bit of local grog.

Dega Catering, a full-service concert tour catering business, has been feeding the Dave Matthews Band like family since 1998. Dega’s touring client list reads like a who’s who in today’s music world: DMB, Bob Dylan, Mumford & Sons, Keith Urban, Lady Antebellum and the list goes on. Their assertion that “homemade food is one of the few comforts of home you can enjoy on the road” is what keeps musicians from living the if-it’s-Tuesday-this-must-be-Belgium lifestyle. 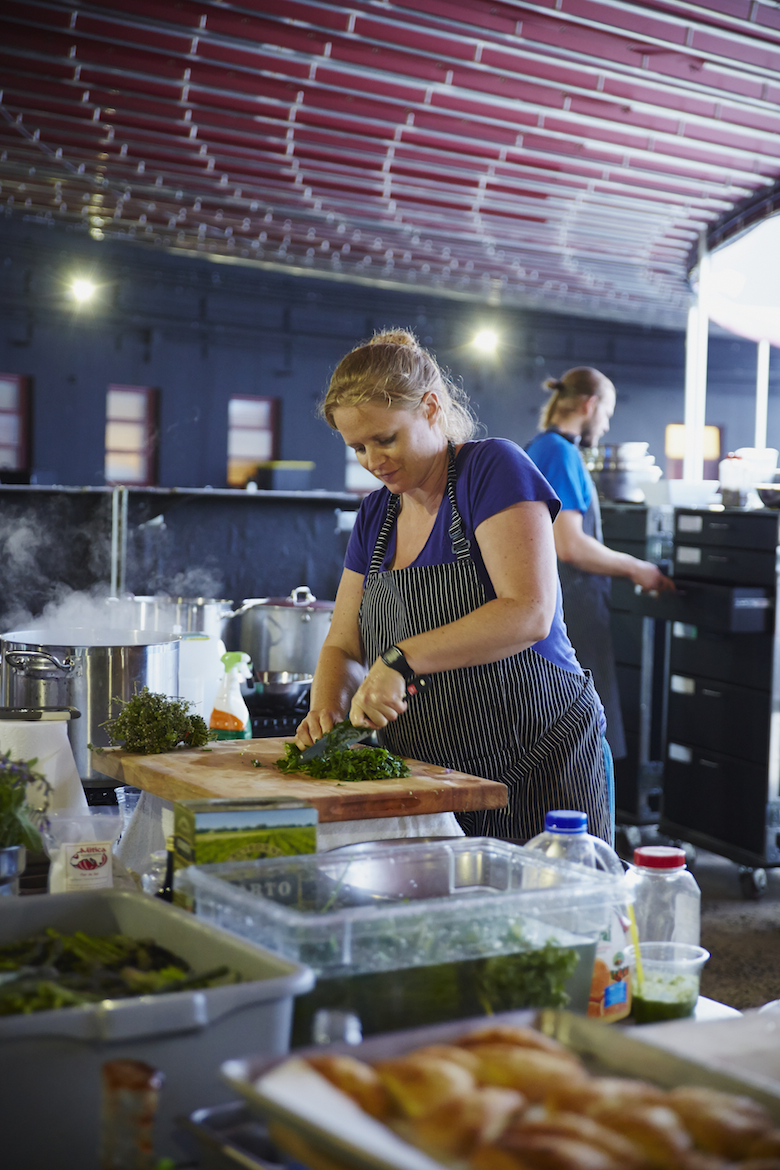 Dega’s mission jives seamlessly with Dave Matthews. A passionate and recognized philanthropist and champion of the environment, Matthews sits on the board of directors of Farm Aid. Partnering with Reverb, a grassroots outreach and education program, the band started the BAMA Green Project last summer. BAMA Green, a spinoff of Matthews’ charity, BAMA Works Fund, encourages concertgoers to bring nonperishable food to donate and to come to DMB’s shows early to stop by their pop-up “Eco-Village” to learn about recycling, sustainability and water conservation. Thus it follows that Dave Matthews has an ardent hunger for locally and sustainably sourced food. Matthews also moonlights as a farmer and vintner, raising cattle, chickens, pigs, vegetables and grapes at his Charlottesville, Virginia, farm. In 2000 Matthews established Blenheim Vineyards, just southeast of Charlottesville and, in 2011, collaborated with New Zealand winemaker Sean McKenzie to create Dreaming Tree Wines, named after Matthews’ song, “The Dreaming Tree.” 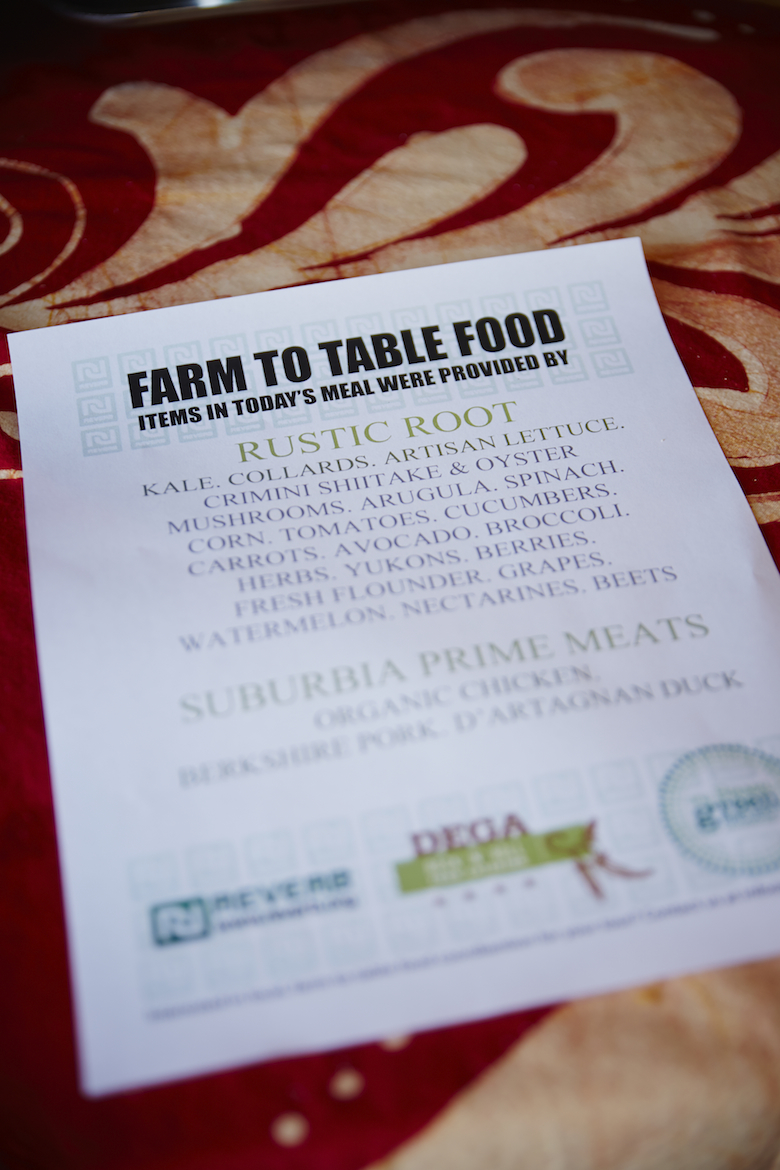 Thirteen shows into this summer’s tour, DMB made its annual pilgrimage to the Nikon Jones Beach Theater. A large caravan of buses, vans and tractor-trailers full of crew, equipment, musical instruments and, most importantly, a mobile kitchen pulled off Ocean Parkway and set up camp in the wee hours to prep for a 7 p.m. show. At the helm was Dega’s account manager Andrew Miller and lead chef Fiona Bohane. On performance days Dega’s team prepares and serves three meals (breakfast, lunch and dinner) for anywhere between 110 and 250 people: band members, crew, local crew, friends and family. Weeks before, Miller and Bohane worked out a menu and contacted Jeff and Emer Moore of Rustic Roots Delivery with their wish list. Rustic Roots, an organic food home delivery service out on our East End, has extensive working relationships with farms, fishermen and artisanal purveyors all over Long Island and upstate New York. Five years ago Bohane reached out to Rustic Roots through a mutual contact.

“We were super excited to make this connection as we were a new business and this was a big event for us to pull off for them,” says Jeff Moore. “It put us to the test and challenged us to get what they were looking for to hopefully build a lasting relationship with them. Besides, growing up going to concerts at Jones Beach and being in college when DMB was huge got all my nostalgic juices going.” 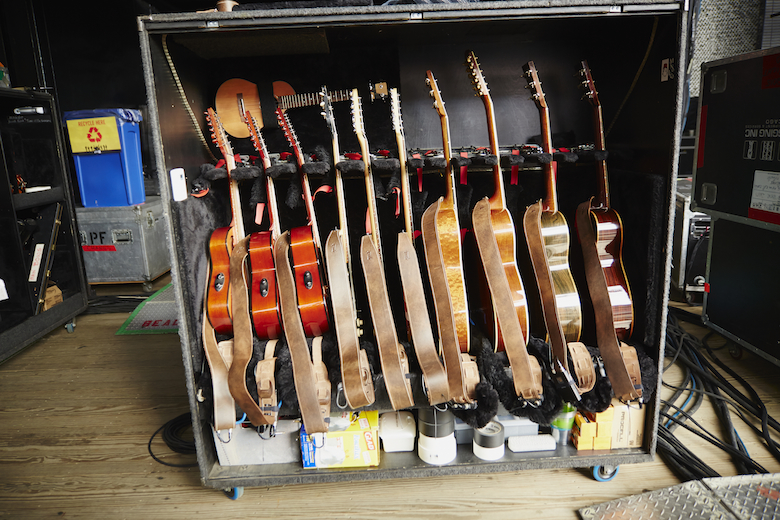 In the days leading up to the show, the list gets revised and the Moores spring into action, gathering kale, arugula and lettuces from Balsam Farms in East Hampton, oyster and shiitake mushrooms from Open Minded Organics in Bridgehampton, strawberries, raspberries, blueberries, peaches and rhubarb from Briermere Farms in Riverhead and fresh-off-the-boat flounder from Cor-J Seafood in Hampton Bays.

Chef Bohane was especially thrilled with the flounder. “We serve beef, pork, chicken or turkey pretty much every day, but local fish is fantastic.” Bohane began her career with Dega pretty much right out of college. The NYU graduate, with a degree in anthropology, is “self-taught, likes to travel and follow directions,” and has been touring with DMB for 13 years. She started making desserts, moved up to the kitchen and worked her way to lead chef six years ago.

On this performance day, Bohane, Miller and the rest of the Dega team scurry about the backstage. Preparing a wide variety of meals, which take into account the varying dietary issues of the band and crew, is no small feat. Bohane, who is expecting her first child in September, is undaunted. “Yes, it’s a long day for me, but it’s a long day for everyone. We go pretty much nonstop,” she says, taking a breather. “I enjoy the cooking, the people and the traveling, but I really enjoy talking to the farmers. This is such a treat. The farmers love it. The food is always great. I am proud of it. The band is proud of it,” she adds. “I always thank Dave for giving me this opportunity and he says, ‘No, thank you.’ And I thank him again and he repeats the same ‘Thank you.’ Sounds silly, but he really loves it.” 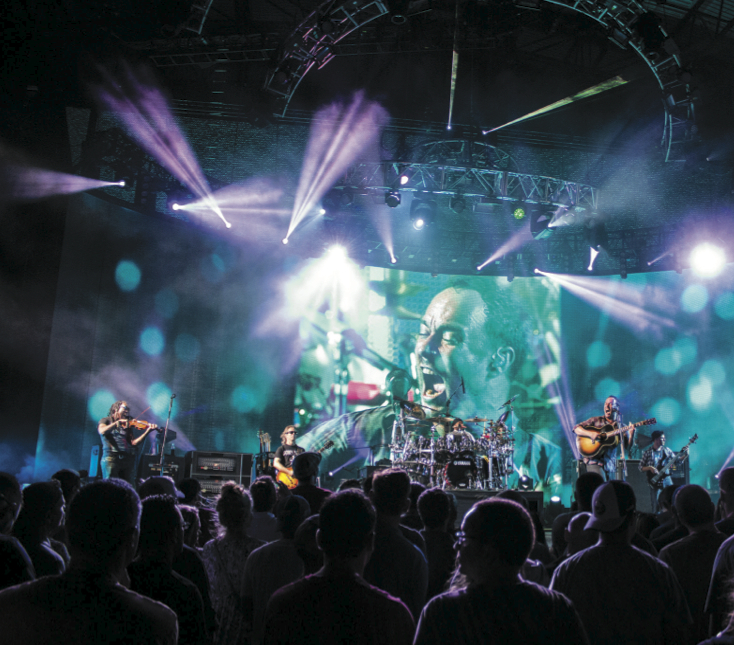 So, what did the Dave Matthews Band feast on before taking the stage? Roasted tomato soup with basil; turanicum (a grain) with roasted beets and fresh herbs; spinach, arugula and artisan lettuce salad; fresh corn pancakes with cayenne maple butter; braised pork shoulder; plum- and jalapeño-glazed chicken breast; crab-stuffed flounder; grilled tempeh with butternut squash, cashew cream and pomegranates; roasted Yukon potatoes, black turtle beans, wild red rice, grilled asparagus and mushrooms; braised collards and carrots; and, if they had any room left, dessert—all prepared in a mobile pop-up kitchen, directly behind the stage and served on ceramic plates with stainless flatware, no disposable plates and cutlery at this gig.

Good eats like this, sourced and prepared by professionals who care, are sure to keep the Dave Matthews Band well fueled and well fed for many years to come.