Nick & Toni’s has taken their fresh ingredient, farm-to-face style of cooking and applied it to the cocktail menu. 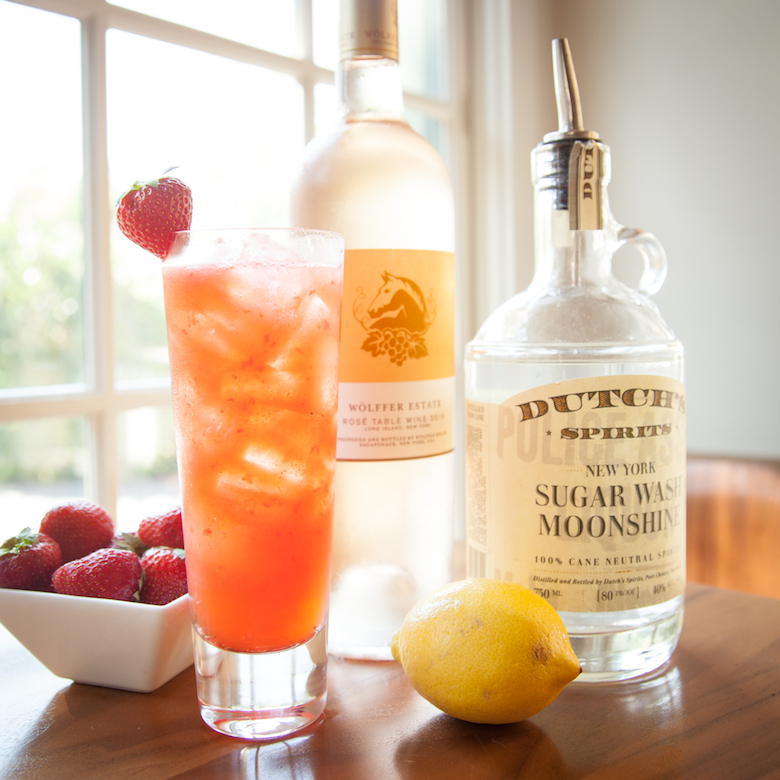 The choices among locally produced wine, spirits and beer are so profound, the only thing left to do is to come up with new ways to drink them. Artisanal cocktails may sound like a trend, but really they’re just good drinks.

The crew at Honest Man, the group of restaurants that includes Nick & Toni’s, Townline BBQ, Rowdy Hall, La Fondita and Nick & Toni’s Café on Manhattan’s Upper West Side, has taken their fresh ingredient, farm-to-face style of cooking and applied it to the cocktail menu. You’ll find three kinds of gin and tonics, a mai tai that will remind you why mai tais were ever a thing and delicious drinks easy to replicate for a crowd at home.

(For those who steer clear of the strong stuff, Nick & Toni’s has a formidable beer selection, with an all-local bottle list, as well as a suite of Long Island wines alongside Italian favorites.)

Like the Local Berry Rosado. “It’s fun in a pitcher,” says Christy Cober, director of operations at the group. “It’s forgiving in its proportions; you can adjust to taste.”

The crew at Honest Man has taken their fresh ingredient, farm-to-face style of cooking and applied it to the cocktail menu.

So the drink starts with berries from either the farmers market held in Nick & Toni’s parking lot each Friday or maybe from a farm as far away as Amagansett, whatever’s in season. Muddle them in the bottom of a pint glass. The spirit base is Dutch’s Spirits Sugar Wash Moonshine, from a distillery in Dutchess County where Nick & Toni’s former beverage manager now works. It’s made from Demerara sugar (hence “sugar wash”), and Cober says its slight sweetness really adds to the mix. Add that and then some Wölffer rosé for some acid and a little more color. Finish with a squirt of sweetener (Cober and her crew of bartenders use agave, but simple syrup works, too), a spritz of seltzer and garnish with lemon. Serve over ice, straight up or by the punch bowl.

“It’s local, simple and refreshing,” says Cober. “And we go out of our way to find special products.”

DRINK Chick out Nick & Toni’s mai tai recipe. It includes DIY orgeat, which encourages making your own almond milk. It’s worth it!