Soon this doctor of chemistry will have two of his recipes on tap at local breweries. 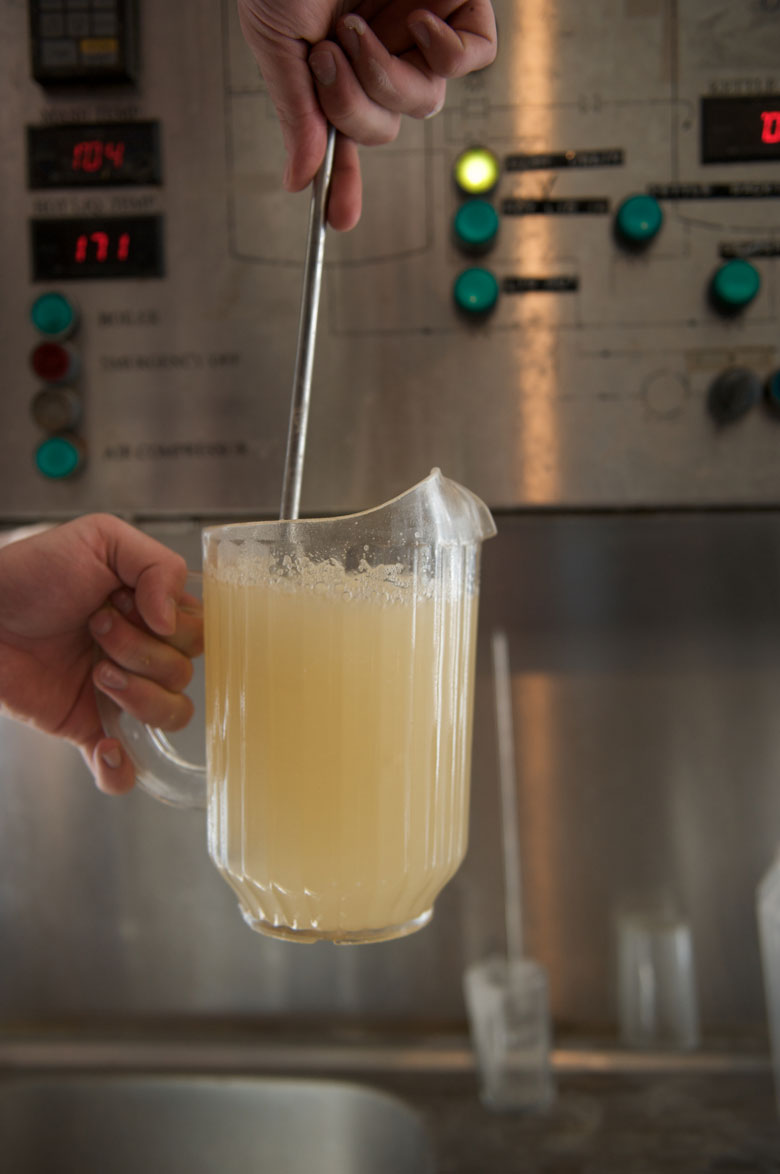 We met up with self-proclaimed “professional amateur” brewer Brian Giebel early one morning at the BrickHouse Brewery, while  staff  was busy zesting limes for an upcoming brew day of Lima Libre. Meanwhile, Flying Dutchman IPA, a beer Giebel collaborated on, is on tap right alongside the other BrickHouse staples. Though Giebel is still technically a homebrewer, this isn’t the first time his beer has been served at a Long Island brewery.

Giebel, who holds a Ph.D in chemistry, has homebrewing down to a science. The result has been several award winning beers, some of which have been produced commercially. His beers are a true labor of love;  Giebel checks the fermentation temperature up to five times a day. “I obsess over them like children,” he says.

His success led him to approach Arthur Zimmerman, head brewer of BrickHouse, for some hands on experience on a larger scale. “They were more than willing to take me on,” says Giebel. He helped them out with general tasks but never got involved in recipe development until they wanted to talk about his Belgian beers.

So Zimmerman and Giebel sat down, along with brewer Paul Komsic, and set out to revamp BrickHouse’s Flying Dutchman IPA. “The cool thing about working with them is we constantly bounce ideas off each other,” says Giebel. The three formulated a recipe. Giebel suggested Sorachi Ace hops to add a peppery note to the beer.

Brewing on a larger scale still feels familiar to Giebel. One big difference is “more precise temperature controls.” In addition to Flying Dutchman, Giebel will have another beer on the Long Island scene shortly.

Muscat Love is a grape triple that Giebel produced with Great South Bay Brewery after winning a monthly homebrew competition. They were so pleased with the beer it is being entered into the Great American Beer Festival “Pro-Am” competition, which is an award for the best collaboration beer between a professional and amateur.

“It’s a real positive feeling to know people enjoy my beer,” says Giebel. “It really makes you think about doing something in the future.”

A limited amount of Flying Dutchman IPA is currently on tap at BrickHouse Brewery and Muscat Love will be on tap at Great South Bay by mid August.