For our low summer issue, I wrote about a fund-raiser for Project Most’s school greenhouse in Springs. The event honored Eileen Roaman, a master gardener that helped start the program and who died of cancer. 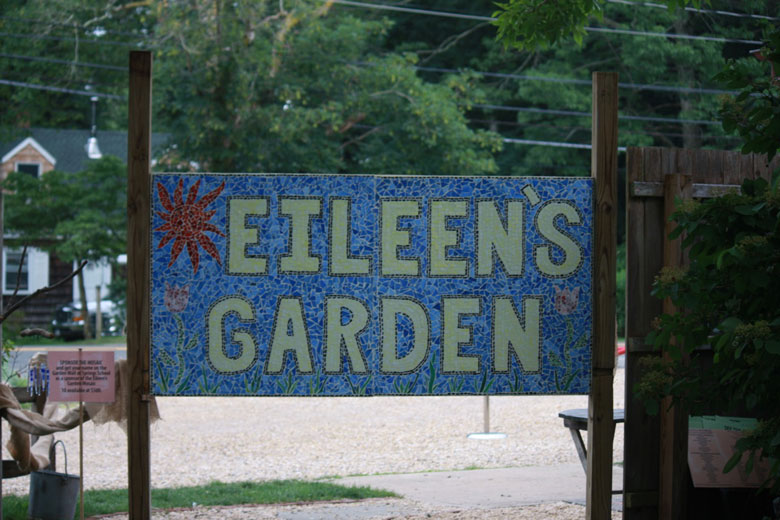 For our low summer issue, I wrote about a fund-raiser for Project Most’s school greenhouse in Springs. The event honored Eileen Roaman, a master gardener that helped start the program and who died of cancer.

Summer showers didn’t stop Eileen’s Angels art auction from raising $160,000 for Project Most’s after school program the Springs Seedlings, at the Springs School in East Hampton. Eileen Roaman, an early proponent of the school garden which is now named after her, was honored at the benefit in June.

It was great to see Scott Chaskey of Quail Hill win the Golden Shovel Award in the garden of Estia’s Little Kitchen in Sag Harbor. Chaskey has been advising the Seedlings since the inception, when Roaman enlisted his help along with others in the community, to get the garden into the ground.

In his speech, Chaskey read two Emily Dickinson poems, “Some things that fly there be-Birds, hours, the bumble-bee-” and “I’m nobody! Who are you?”

“Eileen would have loved that one,” Chaskey said a few days later in the yellow barn at Quail Hill in Amagansett, the oldest CSA in New York.

Roaman did a lot of charity work, without the need for acknowledgement, the farmer and poet said of his friend, who passed away in 2013.

Roaman fell in love with gardening as a member of Quail Hill, which led to her becoming a master gardener through Cornell Cooperative Extension of Suffolk County and then following Alice Water’s model of paying it forward, to schoolchildren.

Chef Colin Ambrose of Estia’s also received a Golden Shovel. “Colin jumped right in there” said Project Most director of development Susan Gentile Smith, when the inaugural benefit was still in planning stages.

The chef and his wife Jessica were gracious hosts, donating the site, staff and tent. I must have been busy comparing Marcari and Channing Daughters rosés and devouring my fair share of the Sea Bean’s black sea bass ceviche taquitos, served with Balsam Farms kohlrabi, kale, Napa cabbage, radish, micro-cilantro and charred scallion salsa verde (try saying that three times) because I missed Ambrose’s speech. Nothing beats Emily Dickinson in my opinion, so there’s that.

I can say that Joe Realmuto, another host, and Bryan Futerman of Nick and Toni’s were both at Roaman’s side when the Springs Seedling sprouted. I’m nominating them for next year’s Golden Shovel.

The local chefs and vineyards consistently donate to charities throughout the year, rarely turning down requests. Thanks to them, and the artists who donated work, the Springs Seedlings will grow and Eileen’s Garden will flourish.

How dreary to be somebody!
How public, like a frog
To tell you name the livelong day
To an admiring bog!