Surf’s up — and it’s worth preserving. Join the Surfrider Foundation for Surf Movie Night XIII at Guild Hall on Wednesday, August 5. 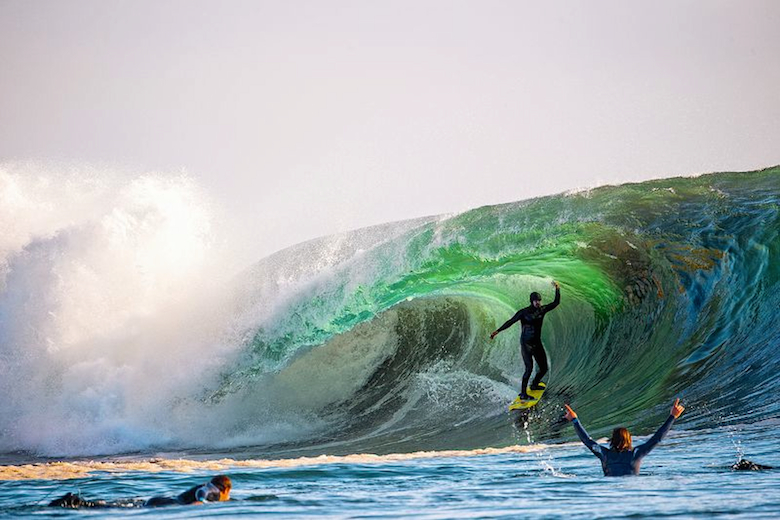 It’s been said that home is where the heart is, but for some people — especially here on the East End — home is anywhere the waves are. This is true for so many of us, and it is true especially for the Eastern Long Island Chapter of the Surfrider Foundation. So, to preserve the waves that make this place our home, they are presenting Surf Movie Night XIII at Guild Hall on Wednesday, August 5 at 7 p.m.

Sponsored by the Kate W. Cassidy Foundation and hosted by Nicole Delma and Jesse Spooner, Surf Movie Night will feature the Farm League/Patagonia production “The Fisherman’s Son.” Directed by Chris Malloy, “The Fisherman’s Son” is the story of Chilean big wave surfer Ramón Navarro, whose own story started when a visiting surfer gave him, the young son of a subsistence fisherman, a broken board. The rest — as they say — is history; Navarro eventually rose to the top of the big wave surfing world and lived much of his life on the road in search of the globe’s best and biggest waves. That is, until his home break came under threat of development. Then Navarro returned home for one of his career’s biggest challenges yet: to preserve the waves he called home for the next generation of sons and daughters.

Tickets for Surf Movie Night are available for purchase on-site at Guild Hall and online here. General admission tickets are $20. VIP box seat tickets range from $120-$180 per person, and include an event T-shirt and hat designed by Peter Spacek/Ditch Ink. In addition to the film, there will be a beach creatures touch tank with Mike Bottini, a Rise Above Plastics program by the Van Sickle Family, Ocean Friendly Gardens by Tony Piazza/Piazza Horticultural, and amazing raffle prizes.

All proceeds from Surf Movie Night will benefit the Surfrider Foundation’s Blue Water Task Force water quality monitoring program. The purpose of this volunteer-run water-testing program is to provide information on the quality of our local waters and beaches, and to build community awareness of water pollution. If only every movie ticket in America supported such a great, important cause! 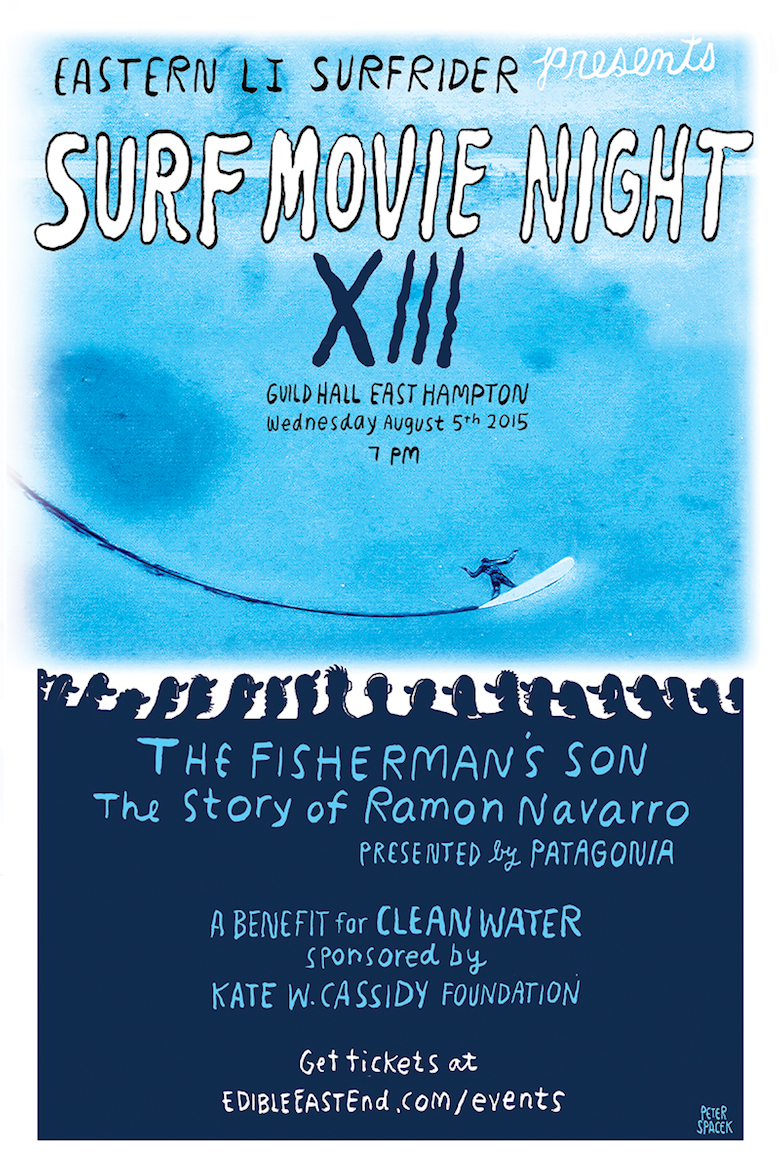