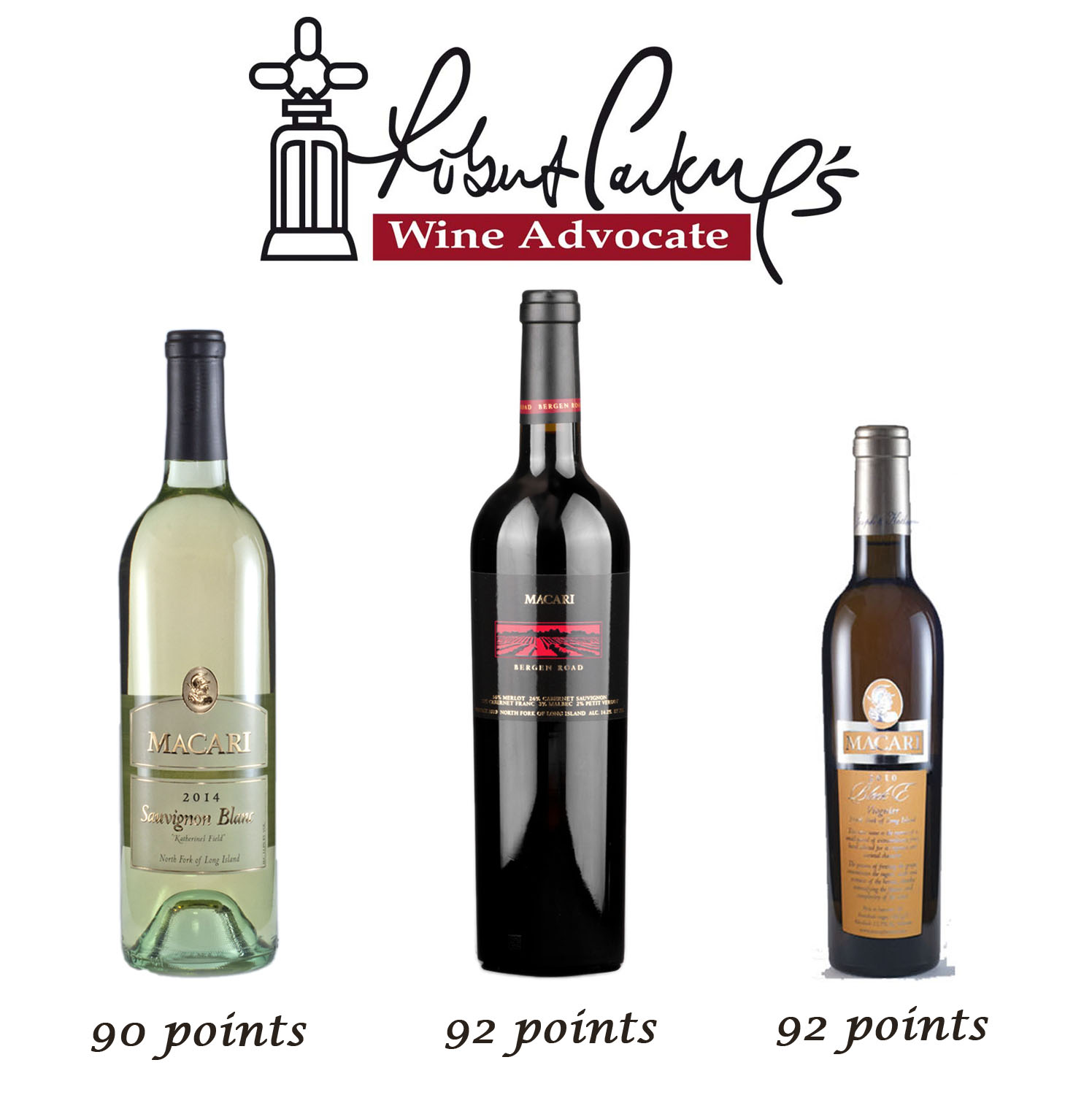 For the third time in 10 years a reviewer from the highly influential Wine Advocate, a subscription newsletter that takes no advertising, has visited Long Island and come away with a lot of nice things to say.

This time we got someone new — David Schildknecht wrote the reviews in 2005 and 2010, and they were good — in the person of Mark Squires, a former lawyer who lives in Philadelphia. Let’s start with some quotes from his intro article titled “The Sun Rises in the East.” (Wines from upstate, New Jersey and Virginia were covered in this report; however, Long Island figured prominently and 24 producers were included.) 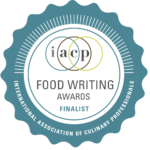 None of this is news to the people who live and work in Long Island Wine Country. But it is extremely gratifying to hear (again) and the reach of the Wine Advocate is impressive. Its founder, Robert Parker, in his heyday (which was kind of peaking when Schildknecht made his first visit), was once described as having as much power as Alan Greenspan to move a market. If his newsletter said something was good, it sold out. Winemakers, it has been said, would make wines expressly for Parker’s palate when he came to visit. And Parker liked big, super-concentrated high alcohol Napa cabernet; wines like that got great scores on the Advocate‘s 100-point scale, and America spent nearly a decade drinking those kind of wines.

Thank God that’s over. Long Island doesn’t have a reliably long enough growing season to make that kind of cabernet. But who cares? As Mark Squires found to his delight, it has a growing season that makes delicious ageable wine in mid-alcohol range that goes great with food.

I’ve found when talking about Long Island wine, the age of the consumer has a lot to do with his or her perception of the wine. If she were of drinking age when the region started, the notion that the wine is no good and too expensive is lodged so deeply in her brain it influences what’s going on in her mouth. (Younger consumers, especially those who Zipcar it out from Brooklyn for a day of tasting, don’t need to overcome this hurdle.) Older consumers also grew up putting great stock in scores from widely distributed magazines like Wine Advocate and Wine Spectator. There were no bloggers; there was no vast store of information on wine easily found on an Internet. Scores like the ones recently received by our winemakers really meant something. And to these consumers they probably still do. So let’s celebrate and get to the numbers.

Of the nearly 200 wines reviewed, two scored 94s, five got 93s, 17 got 92s, 17 got 91s and 37 received 90 points. Say what you will, I once watched my sister get up and grab her keys after opening an e-mail from her local wine shop announcing a sale on some 90-point wine. Ninety-four is the highest score for any wine on the East Coast: both were bestowed on dessert wines from Wölffer Estate Vineyards and made by Roman Roth, the 2012 Wölffer Estate Descencia Botrytis Chardonnay and the 2012 Wolffer Estate Diosa Late Harvest. (Squires awarded two other 94s in this report for a Finger Lakes dessert wine and a chardonnay from Virginia.)

What’s up with that? “Our dessert wines highlight how great our wine region is in the most concentrated form,” says Roth, providing the perfect answer. “They are like a magnifying glass! Elegant, concentrated, food friendly and have amazing longevity!”

The wines awarded 93 were distributed between Paumanok and Lenz. From Paumanok: the 2007 and the 2010 Tuthill’s Lane Merlot; the 1995 Grand Vintage Cabernet Sauvignon and the 2010 Late Harvest Reisling (a dessert wine). From Lenz: the 2001 Old Vines Merlot. Winemaker Eric Fry at Lenz does not do e-mail, so I haven’t heard from him, but Kareem Massoud, winemaker at Paumanok has this to say: “It always feels good to win the respect of critics, even though it may be only one individual’s opinion. The Wine Advocate has been called the world’s most influential wine publication, and getting a good review in the Wine Advocate is something we appreciate.” He adds that he found Squires very approachable while he asked many questions and gave feedback on the wines as he tasted. Squires also, says Massoud, “seem to have an uncanny ability to taste a number of wines and still maintain a palate that does justice to the wines.”

Among the wineries earning 92 points for their wines are Lenz, Paumanok, Wölffer, Raphael, Grapes of Roth, Macari, Jamesport, Shinn Estate Vineyards and Roanoke.

Like Roth and Massoud, the winemakers that got back to me at the time of this writing are extremely grateful for the recognition not only for their wines but for the wines of their colleagues. “It’s truly remarkable and a triumph for many East End winemakers who have dedicated 20 years or more of their careers fine-tuning Long Island terroir,” says Adam Suprenant, winemaker at Osprey’s Dominion and his own label, Coffee Pot Cellars. (Coffee Pot’s 2013 Chardonnay and 2010 Meritage both got 90 points.)

But winemakers don’t make wine to earn points. They do it because they love to and love to see people drinking their wine and enjoying the result of their very hard work. Scott Sandell, speaking on behalf of Roanoke Vineyards (where Roth makes the wine and which had six wines score 90 or above), had this to say: “The truth is that the serious producers will get up this morning and go about their work as usual. It’s important to recognize that the producers who received high marks already had a portfolio of 90+ wines, and for the people to whom this matters, they already knew it. What was surprising to me was the fact very few people had subscriptions to the Wine Advocate, and had to call around to find out what happened. I think that illustrates one of the region’s problems, which is that it lacks a world view. Where do our wines fit in on a global picture? What can we learn from other regions? Do we have a regional style, or are we just 50 producers trying to cobble together a portfolio? If you’re in this business for any other reason than to create something extremely beautiful, then maybe this seems like a bigger deal than it is.”

A discussion of the problem Sandell outlines above is for another day. The reviews — scores and comments — of all the wines from each winery in the report can be viewed by clicking the links below.