Pedaling Under the Influence: A Saturday With Brew Crew Cycles

Skip the gym and pedal your way to Happy Hour. 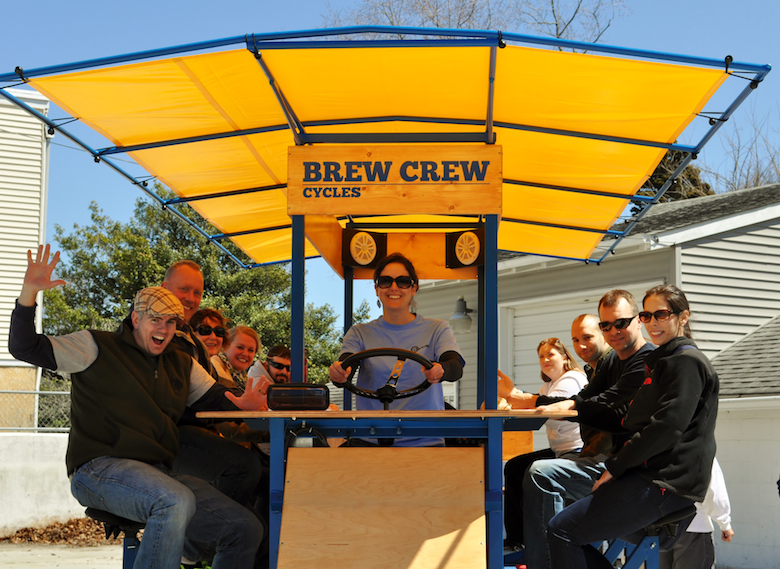 “Hey, is Brew Crew Cycles rain-or-shine?” my boyfriend texted me last Saturday, a couple of hours before our scheduled tour. It was something we’d been looking forward to — he loves beer and I love any easy activity I can ostensibly count as exercise — and neither of us could say we’d ever had the opportunity to pedal a 14-person bicycle down the streets of Riverhead.

At 4 p.m., he received his answer. We were sitting under the yellow canopy of one of Brew Crew Cycle’s bikes beside two 20-something girls, their hair concealed by hoodies, and across from two older couples draped in plastic ponchos. Our driver, Jay, began to play Rupert Holmes’s “Escape” over the bike’s loudspeakers.

If you like piña coladas and getting caught in the rain, you’re probably a lot like me, my boyfriend, and the six other people we met on our tour, and you’ll probably really like pedaling a 14-person bicycle and drinking beer in the rain, too.

“Okay, everybody,” said Jay, assuming his position behind the bike’s wheel. “It’s time to get pedaling. We’re going to head to Long Ireland first.” 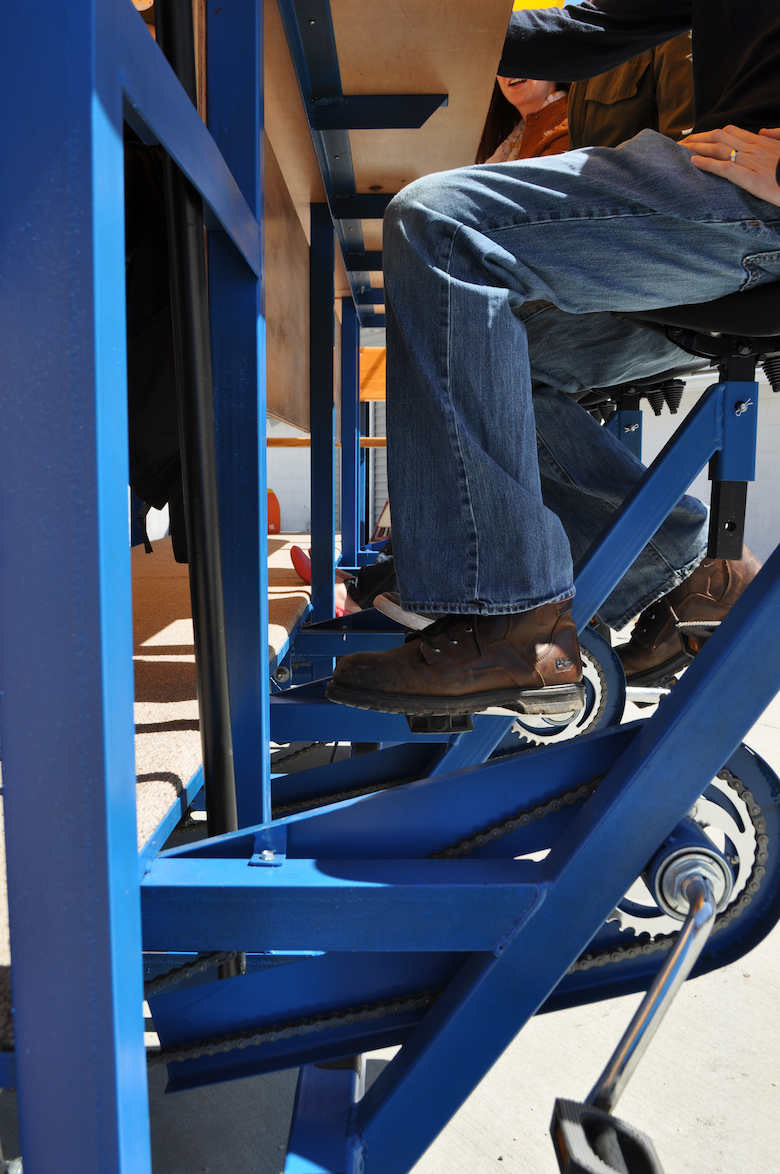 Riverhead is the perfect place for a brewery bike tour. The town’s three breweries — Long Ireland, Moustache, and Crooked Ladder — are all within a mile of one another. And as we quickly learned, 15 minutes of pedaling is a lot less painful when you know that 30 minutes at a brewery is your reward.

“This is harder than I thought,” a few members of our group laughed as we pedaled our way down Pulaski. The drivers of the cars around us either sped up to pass our slow-moving caravan, or slowed down to film it with their smartphones. Our group waved at all passersby indiscriminately. There is something about the combination of exercise and alcohol that makes it impossible to hold a grudge, and there is something about taking a Brew Crew Cycles tour that makes you feel like you’re spending time with a fun (and, let’s face it, probably Irish) family.

I was not surprised, then, to learn that Brew Crew Cycles is, in fact, a family business. “We got the idea when we all did a brew cycle together in Portland, Oregon,” said Victoria Clacherty, one of Brew Crew’s own. “We met to discuss it last July, and then on April 18 we had our first tour.”

The operation — created and sustained by 10 women, all North Fork natives — has been a roaring success from that very first tour. With eight tours each weekend — four on Saturday, and four on Sunday — the demand has been such that Brew Crew Cycles has already begun to introduce more. “The response has been mind-blowing,” said Clacherty. “People have really embraced us with open arms.”

It is not difficult to understand why. A Brew Crew Cycles tour is really, absurdly fun. For $30, you get to enjoy a two-hour tour of Riverhead’s breweries, and a Brew Crew bracelet (included in your ticket price) will get you discounts at the taps all day long.

So, is Brew Crew Cycles rain-or-shine? You bet. And Riverhead’s a lot better — and, sure, a little boozier — for it.