Notes from the Age of Provenance. 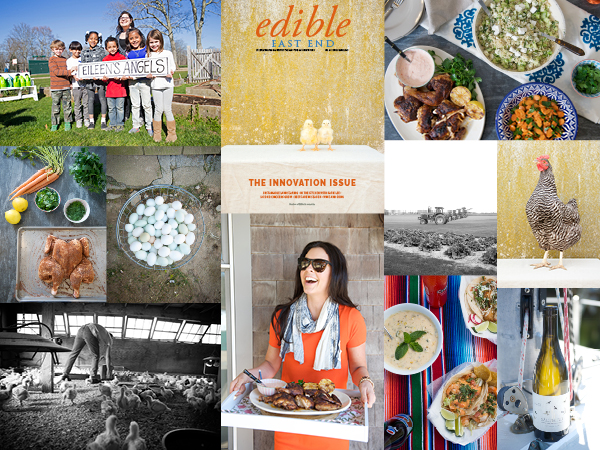 With food, as with literature and art, one can easily say nothing is new. We’re still eating grains and vegetables and proteins three times a day (if we’re lucky), and we’re still looking to do it in the best ways possible according to our tastes, convenience and budget. But in the “Age of Convenience,” which started in 1953 when Swanson first packaged a dinner in an aluminum tray to be eaten in front of the TV, we got away from the simple grains, vegetables and proteins that had made up the human diet since the beginning of time. Processed food was modern, it was space age, it was easy. It was killing us.

And because humans are—despite some very self-destructive behaviors—hardwired to preserve their race, we are seeing the decline of the Age of Convenience and entering a new era; let’s call it the Age of Provenance.

This age began with the founding of Slow Food in 1986 and now, almost 30 years later, it’s taken off with more than enough “locavore” and “farm to table” to give you palate fatigue. But I don’t see that happening. Locavorism is where all food systems started, and today we are able to take it to new levels with existing technology and our sights on the future, where advancement always relies on our ingenuity.

For our Innovation issue, we delved deep into what the residents of Long Island and the East End are doing to turn away from the era of convenience and fast food in a very 21st-century manner. It starts with the basics and goes from the ground up, enriching the soils and creating a more efficient hive for the home beekeeper. It recognizes the history of getting seeds to the masses and the future of getting children to start planting them again. We’re constantly setting up new ways of dispensing beer and using the bright-red juice of beets to color … anything. Sometimes all it takes is to see what you’re doing from a different vantage—what if blending wine could be seen as the same thing as blending scents to make a perfume—or a different construct. Why didn’t someone realize sooner that the mash-up of a bagel and a French donut would turn out to be so good?

Finally, the newest old thing that came across our radar was the outpouring of interest in community-supported agriculture. We’ve been writing almost yearly about the CSAs available on Long Island, where customers pay at the beginning of the season for their produce and poultry. But this year the response was enormous. People want to support their farmers, and people want healthy, delicious food. And in the light of the recent outbreak of avian flu in Iowa that has killed and marked for destruction millions of hens, people realize all these things are best achieved by knowing their food’s provenance.