By Geraldine Pluenneke| May 31, 2015 | Photos by Mirella Cheeseman

In Montauk, another stop on the taco trail. 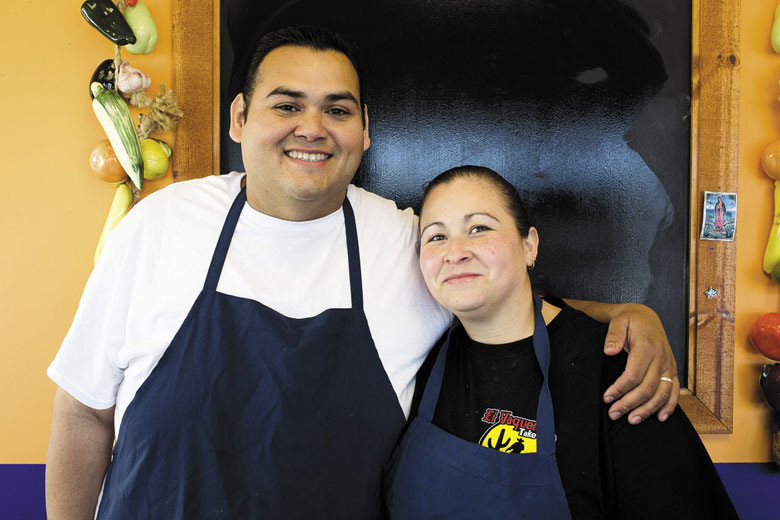 Miguel Hernandez and Elizabeth Hernandez of El Vaquero in Montauk.

“Meet me at Vaqueros? I’ve got to have fish tacos,” the actress Lois Markle asked me more than one lunchtime last summer. Montauk insiders consider the tacos at El Vaquero (the cowboy) addictive and the best deal in town. There’s the fresh flounder taco, crispy in a beer batter, livened with crunchy cabbage, pico de gallo, tartar sauce and homemade hot sauce in corn tortillas; almost as sabrosa or delicious is its shrimp counterpart, and both are a steal at $2.80 a piece. You can choose tacos or burritos or sandwiches filled with chicken or meats: chorizo, steak, marinated pork or tacos de lengua y tripae (beef tongue and tripe). Also muy sabrosa is the veggie taco with red beans, poblano peppers and sauces, a lively play of soft and crisp textures, gentle and spicy flavors. 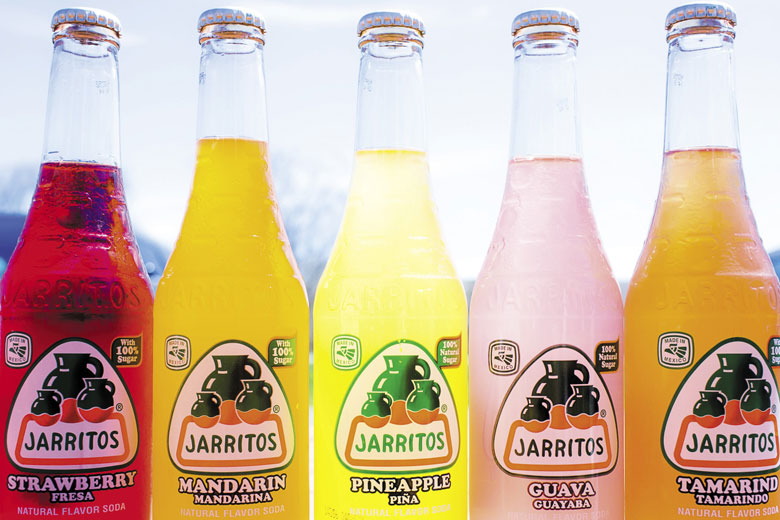 Thirty-two-year-old Miguel Hernandez opened the family-run El Vaquero on Memorial Day in 2012 in an unprepossessing takeout shop in Montauk’s center with four outside umbrellaed picnic tables for mild weather. Arriving with taco chops honed by 13 years of cooking in a series of restaurants in California’s San Fernando Valley, he brought the authentic flavors of Mexico with him. Raised by a divorced father, like many notable chefs, he did much of the family’s cooking from age eight.

Word of his flavors soon spread in this fishing village. He has authored a few of his own: one an outstanding roasted corn, roasted poblano chili soup created as he dealt with an oversupply of corn on the cob last summer, “throwing this, throwing that into the pot.” Elizabeth Cassone, a Noyac health coach, says, “The soup alone is worth driving 50 minutes to Montauk!” 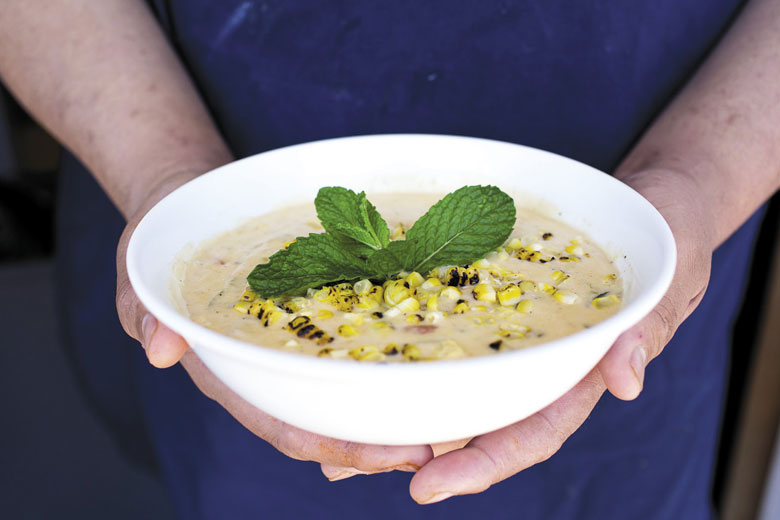 Everything on the extensive menu is made from scratch from fresh ingredients. Many of the dishes are heavy on cheese, but Hernandez will tailor or slim down his food to an eater’s wishes. That’s how he accidentally slid into turning out cheeseburgers, now a top seller. From Memorial Day to October, El Vaquero’s for the first time will double the hours it is open, serving from 8 a.m. to midnight.

Geraldine Pluenneke was a contributing writer for Edible for 10 years. She passed away in March.